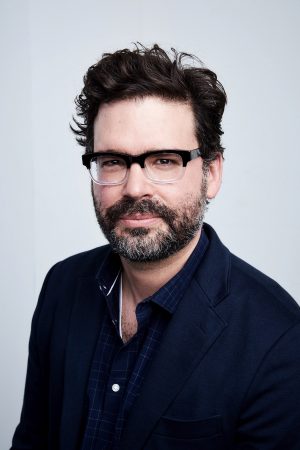 Each year, Randolph invites high-profile filmmakers to campus for The Sara Driver ’77 Digital Filmmaking Course and Lecture Series funded by Martha (Lou) Miller Driver ’50. The upcoming program this spring will feature Emmy-winning documentarian Judd Ehrlich and a film festival that will include screenings of several of his most popular films.

The film festival, “Reel Resilience,” will take place from Feb. 1-8. All films will be shown in Nichols Theatre, located inside the Randolph College Student Center, and the events are free and open to the public.

“As with all the Driver lectures, we are creating spaces for student filmmakers, and other students, to talk with creative folks in the film industry and to get a sense of what it is like to make a film from start to finish,” said Jennifer Gauthier, a communication studies professor and organizer for the event. “We also hope that Judd’s films will inspire everyone who sees them to follow their passion, to reach out and support others, and make positive change in the world.”

“Judd’s documentary films are portraits of inspiring people who use their talents selflessly to support people and communities around them,” Gauthier said. “They tell stories of resilience in the face of conflict, struggle, and potentially crippling odds. We can all learn from Judd’s work and the commitment displayed by his documentary subjects.”

A panel discussion featuring some of the actors, producers, and others associated with the films will follow each screening. One of the events will include Hiawatha Johnson, Jr., a composer-in-residence at Randolph who worked with Ehrlich on one of his films. Johnson also coordinated with Gauthier to bring Ehrlich to campus for the Driver Lecture.

“Hiawatha worked with Judd on the film, Magic Camp, and they have been friends since,” Gauthier said. “The day he talked to me about bringing Judd to campus I went home and my alumnae magazine from Vassar College had just arrived in the mail. The first article I read was about alums who were making names for themselves in the documentary world, and Judd was featured in it. I had no idea we were linked as Vassar alums until I read the article. It was serendipitous!”

The complete schedule for the 2020 Driver Lecture and Film Festival is listed below. A panel discussion will follow each screening.

Welcome to the real Hogwarts! To cope with the pressures of growing up, magic obsessed kids congregate at the one place where they can be themselves: Tannen’s Magic Camp, one of the most prestigious magic institutions in the world.

Note: this event will include a post-film performance. Due to limited seating capacity, reservations MUST be made at lynchburgtickets.com.

This film traces the journey of the late Japanese cinematographer Ryo Murakami to the Firestone Tire and Rubber Plantation in Liberia. Under the cover of night, Ryo trespasses onto the plantation grounds and enters a scarcely seen world, where coercive living conditions and labor practices have changed alarmingly little since 1926. Journalistic access to the plantation is tightly controlled and monitored by the company. Ryo’s footage is a rare independent vision of the lives of plantation workers.

Keepers of the Game

Lacrosse was born in Akwesasne Mohawk Territory as a sacred game, traditionally reserved for men. Just off the reservation at Salmon River High School in Fort Covington, N.Y., an all-Native girl’s lacrosse team seeks to be the first Native women’s team to bring home a Section Championship. With more than just the championship on the line, the girls fight to blaze a new path for the next generation of Native women, while still honoring their people’s tradition in a changing world.

Run for Your Life

Back in the 60’s, the New York Road Runners was just a small group of men who ran on the streets of the Bronx. It took one eccentric first generation Jewish immigrant from Transylvania to turn the NYRR into the largest organization of its kind in the world. This film is a glowing tribute to the late Fred Lebow, the founder of the New York Marathon.

We Could Be King

An intimate and unflinching snapshot of urban America’s education crisis. Slashing budgets and still facing shortfalls, Philadelphia did the unthinkable. It shut down Germantown High School and sent its students to archrival Martin Luther King, Jr. High School. Against overwhelming odds, a first-time head coach and a new principal fight to inspire young men from difficult circumstances to come together and lift each other toward a better future.