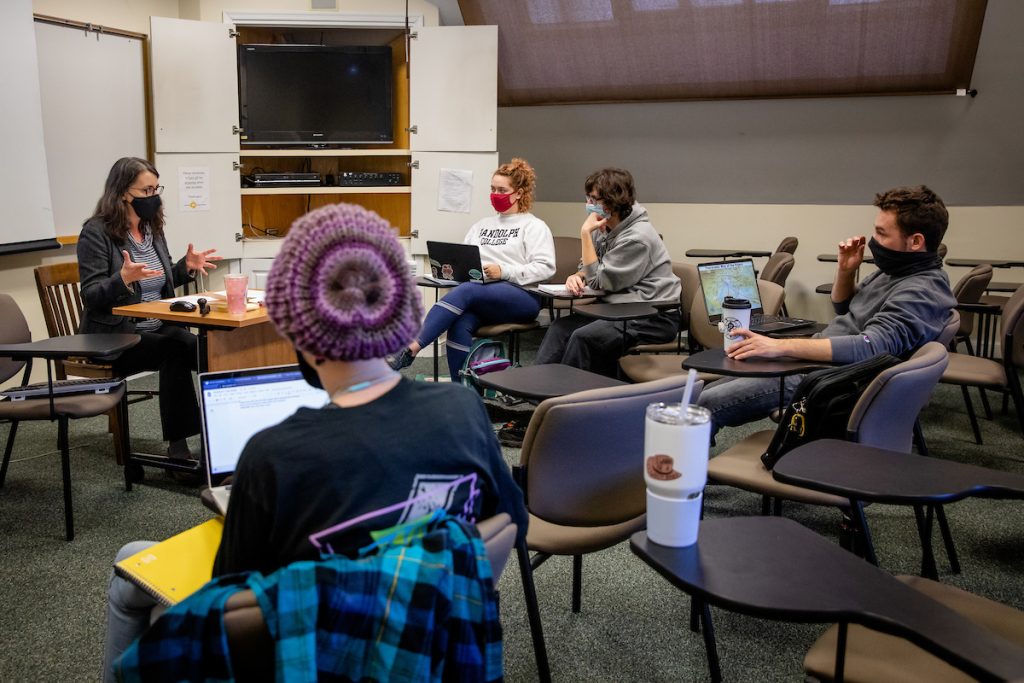 Most philosophy departments focus primarily on Western philosophy. Randolph’s will broaden that focus to include Eastern traditions like Buddhism as well as African, Latin American, and Islamic traditions.... READ MORE >> 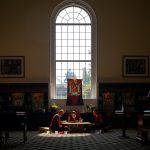 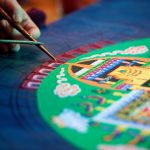 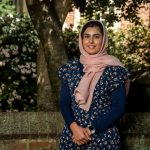 Ashraf, a psychology and religious studies major, will be heading to Columbia University next fall to earn a dual master’s degree in Islamic studies and Muslim cultures.... READ MORE >>

As Suzanne Bessenger, a religious studies professor, was designing the syllabus for her Gendering Enlightenment class, she realized that all of the students were interested in fields that would require grant writing. “Instead of asking them to each write a traditional research paper, I thought why not have the students work together to apply for... READ MORE >>

Alumna featured on Next Lawyer Up podcast 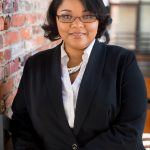 A Randolph alumna was recently featured on the Next Lawyer Up with Ron Sykstus podcast, a program that highlights well-respected lawyers. Nesha Wright ’08, who is the founder and principal of the Spencer Wright Law Firm in Huntsville, Alabama, talked with Sykstus for the program, which is featured on the Bond & Botes, P.C. website.... READ MORE >> 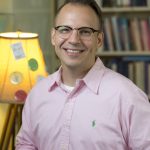 Gordon Steffey, the Barbara Boyle Lemon ’57 and William J. Lemon Professor of Religion and Philosophy, recently published an article about the current political climate as it relates to religion in the publication, Critical Muslim. In addition, Steffey gave a talk, entitled ”No Honor Among Thieves,” at the annual Honor Code signing and dinner for... READ MORE >> 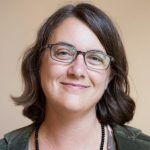 Over the summer, religious studies professor Suzanne Bessenger gave a paper presentation at an international conference in Paris, France. Bessenger presented the paper, “An Analysis of mGur in ‘The Life of the Emanation Body of the Wisdom Sky Goer Sönam Peldren’ and ‘Essence of the Sun: The Life of the Lord of Yoga Rinchen Pel,’”... READ MORE >>