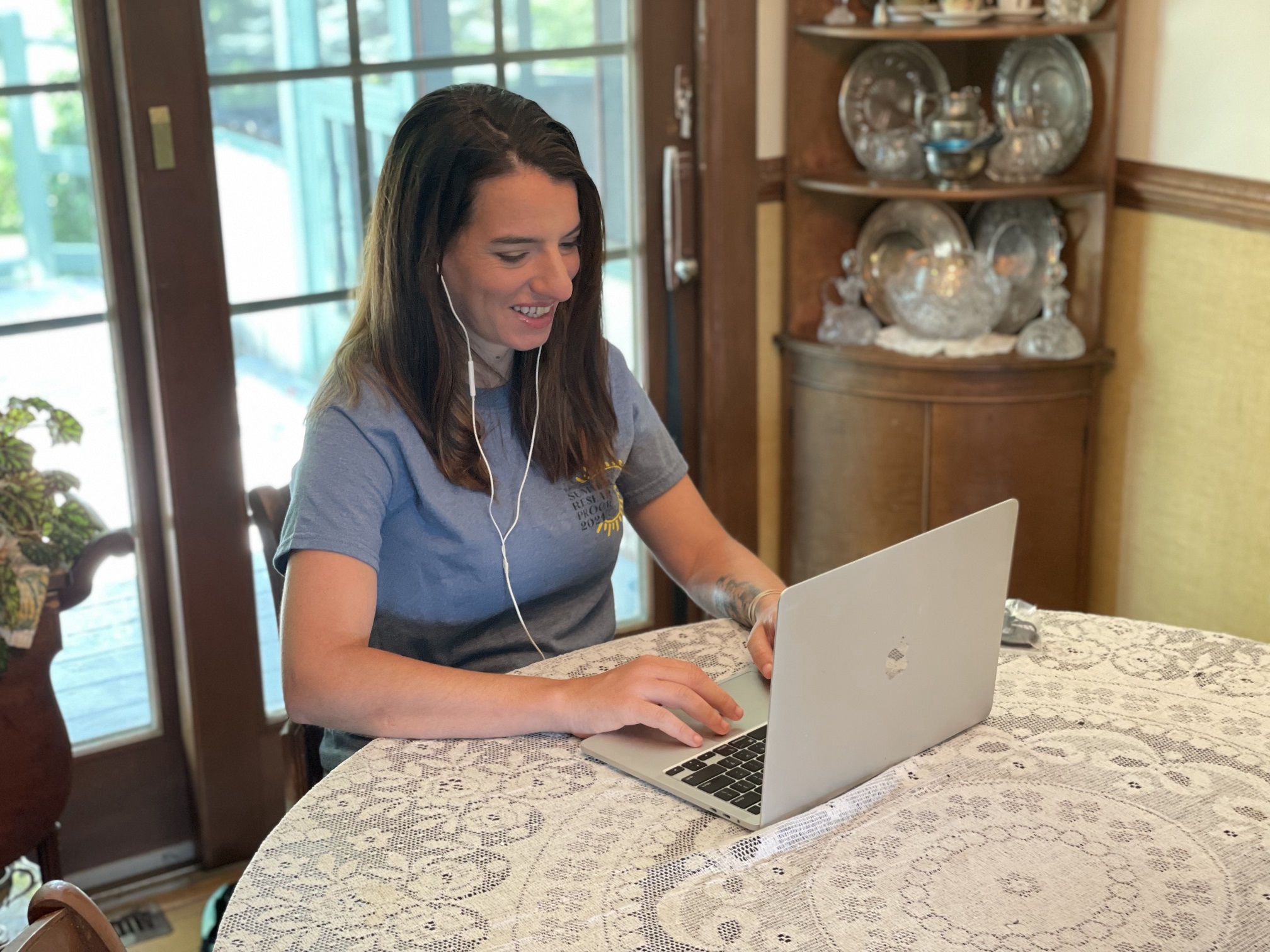 Kim Steele ’22 (above) is working virtually with professor Danielle Currier (below) on a project for Randolph’s Summer Research Program. 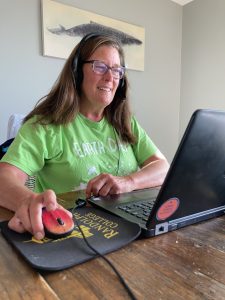 Kim Steele ’22 has felt a kinship with Randolph sociology professor Danielle Currier since her first day on campus.

“All day, I felt like I didn’t fit in,” says Steele, a mother of two who enrolled at Randolph as an adult. “I was almost in tears by the end of the class because I felt so disjointed. I stayed behind to introduce myself to Dr. Currier, and she just welcomed me with open arms. We’ve always had an open relationship. I’ve shared with her some of the things I’ve been through, and I’ve learned so much through her classes.”

Chief among them is a sense of power and agency Steele struggled to find for years after coming out of a domestic violence situation.

Both she and Currier are survivors of sexual violence, which has strengthened their bond. It has also made them natural collaborators on a summer research project looking at how sexual violence experiences are described and interpreted among different generations of victims.

While there is plenty of sociological research on topics ranging from why people rape to how to stop the violence and support victims, Currier said there isn’t as much on the actual experiences of those victims—and almost none on generational differences.

Currier, a trained rape advocate, has studied sexual violence since graduate school and hook-up culture for more than a decade. She and Steele have been planning this project, which will also act as Steele’s senior thesis, since 2019.

This summer, they’re interviewing rape, sexual assault, and stalking victims from all over the country. Their goal is to interview at least 10 people this summer and 50 over the next year.

Talking to victims from different generations will allow Currier and Steele to see how things like increased access to resources and more conversations around consent might factor into how victims view their experiences.

“We have two people in their 50s whose assaults were so many years ago, they now think about it differently,” Currier said. “I’m curious to see how the MeToo movement has impacted how people see it, and how laws and resources have changed how people think about it. I think social media discourse, which gives young people a venue to talk about it, is going to have an impact.”

The study will be confidential, and victims’ personal information—including names and locations—will not be included in their findings.

“All identities get taken out because what we’re really looking for is patterns,” Currier said. “After the assault happened, what went right? What went wrong? What support did they get?”

Prior to starting the interviews, Steele and Currier talked a lot about the importance of giving victims a voice, which is important in understanding how sexual violence affects their individual and social identities.

“We’re talking to them about something powerful that affected their lives, may have affected their relationships, and giving them a safe and non-judgmental space to do it,” Currier said.

They’re also providing interview subjects with information about both local and national resources they can seek out for more support. Part of Steele’s work is researching organizations local to where each participant lives.

While she’s not sure what her exact path will be after graduation, Steele is determined to make a difference and use her own experiences to help others.

“Moving forward, this will be a big part of my life, just kind of giving back. Taking from my negative experiences and spinning them in a positive way,” she said. “It’s why I bonded with Dr. Currier. Knowing she’s been through certain situations makes me feel like I’ll get through it, too. It doesn’t have to stifle what I do in the future.”