America’s wars in Asia, and U.S. public opinion about them, subject of summer research 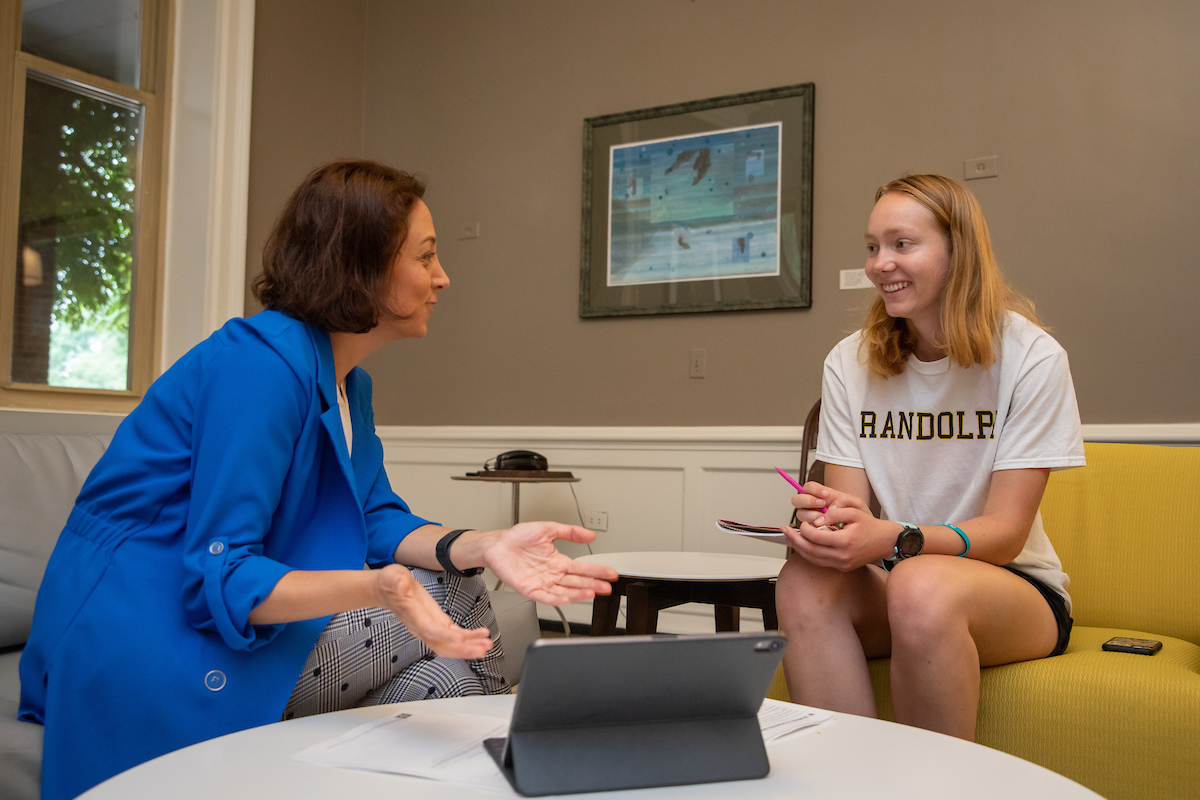 History professor Selda Altan, Megan Westerman ’23, and William Olichney ’24 (not pictured) are working together this summer.

Both the Korean and Vietnam Wars were milestones in the Cold War era, shaping U.S. public opinion toward both countries at the time—and we still have a lot to learn from them today.

“The issue is always on the American agenda,” says history professor Selda Altan. “The United States is just withdrawing troops from Afghanistan, and we have all these major conflicts in the Middle East. So we have that perspective, of past wars, to find an answer to our contemporary, present-day questions. How can we understand these military conflicts today in the light of earlier conflicts? What type of memory does the public have about those wars, and how does that memory affect public opinion today? How do they affect foreign policy decisions?” 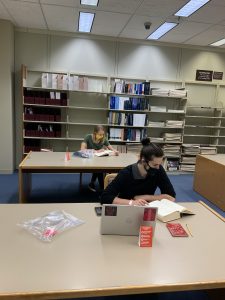 Megan Westerman ’23 and William Olichney ’24 at the Library of Congress on June 24.

Altan has designed a summer research project that aims to analyze changes in U.S. public opinion during both wars in order to identify factors that determine how the public perceives foreign countries, international organizations, and U.S. leadership in global politics.

She tailored the project specifically to the two students she’s working with this summer: William Olichney ’24, a history major, and Megan Westerman ’23, who is majoring in political science with a global studies minor.

“They have different approaches and different expectations for their future careers,” Altan said. “It’s a historical project but it also has social science components. I wanted them to practice those social science skills, like data analysis, textual analysis, and synthesizing data. Megan, because she’s in political science, maybe she will have a career in think tanks or a government position, so I wanted to include that policy making aspect.”

Looking at American wars in Asia ties in with Altan’s field of study but also offers the chance for more objectivity.

“At some point, I plan to expand the discussion into the Middle East. But, right now, I think Middle Eastern conflicts are still too politicized to have a more objective perspective,” Altan said. “The Korean and Vietnam Wars made a great impact. These were direct American military involvements, and public opinion was also very influential at the time.”

The project will be a comparative history, with Westerman researching the Korean War and Olichney Vietnam, with an eye toward how the former influenced the latter.

Olichney’s work will primarily be in statistics, using public polling data collected by Gallup during the conflicts.

A few weeks into the research, he’d already made some interesting insights.

“Before America officially entered the war, our government attempted to modernize South Vietnam in American ideals and to build a South Vietnamese national identity. I hope to be able to connect public opinion data to this nation-building,” he said. “How did Americans in this era feel about being in the position to intervene in the growth of other countries? I believe this will be important research to make because I can connect it with more recent American nation-building in Iraq.”

Westerman will be doing a textual analysis of contemporary media, to see how the press and mass media influenced public opinion during the Korean War.

“I’m really interested in studying past wars, to understand why they started and how to prevent them in the future,” she said. “It’s helpful for me looking at the global aspect of it.” 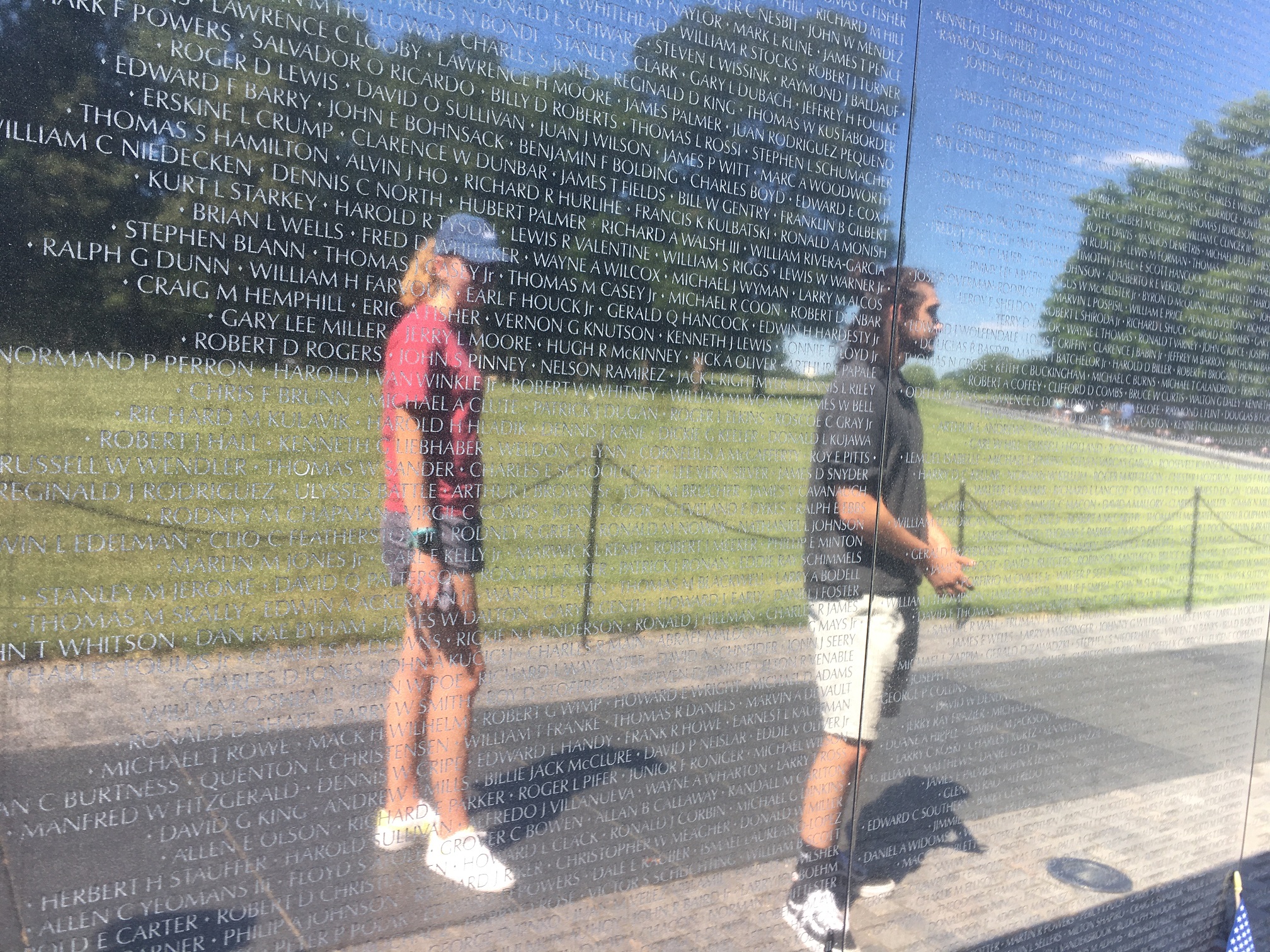 Megan Westerman ’23 and William Olichney ’24 at the Vietnam Veterans Memorial.

Learning how to work in digital humanities—essentially using digital methods to delve deeper into humanities subjects like history, literature, or the arts—is another valuable skill.

When looking at newspapers from the time period, for example, Westerman can look for specific words.

“Let’s say the word communist is used 100 times,” Altan explained. “This is digital data but it tells us something about public propaganda at the time.”

“It makes humanities come closer to social sciences,” she added. “The purpose is to drive new questions, maybe more than conclusions, and use digital data as research starters.”