Small but mighty: Summer research evaluating the diversity of microscopic algae from the Eastern Shore 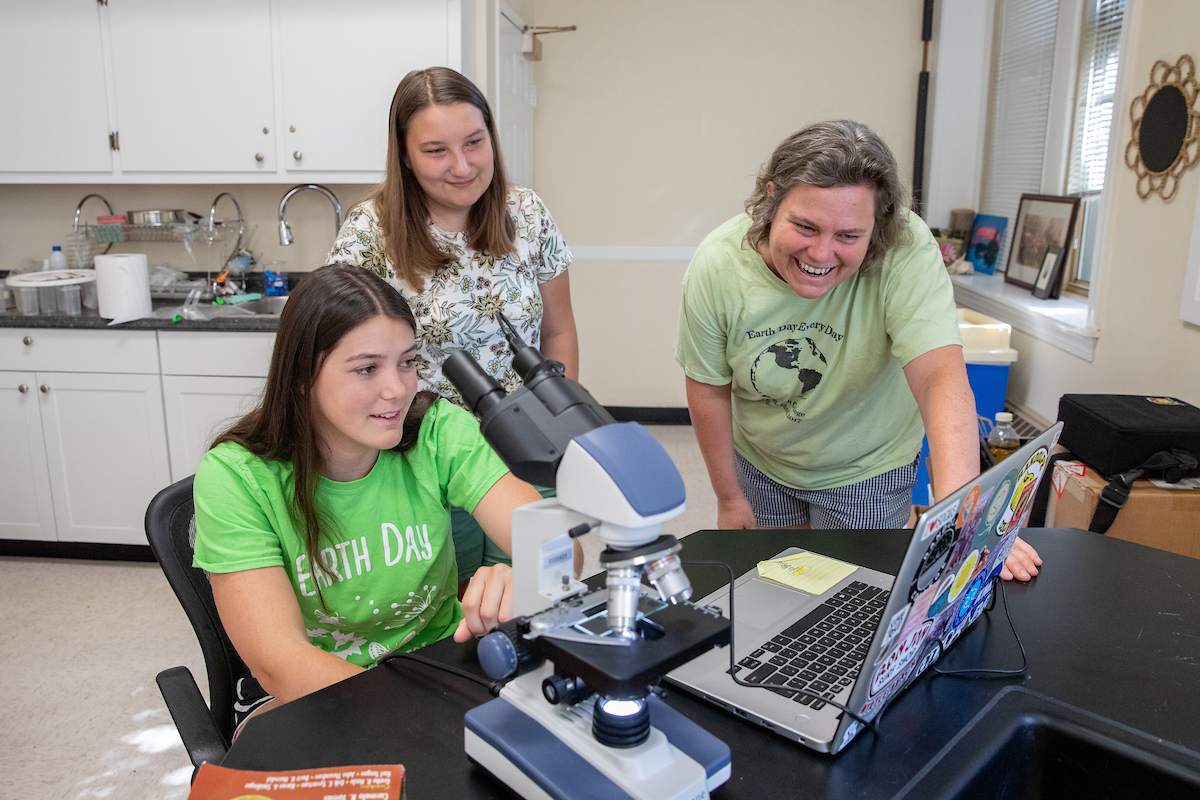 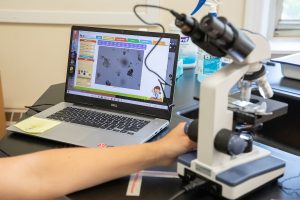 Aleighson Robertson ’24 scrolls through the images on her laptop, pointing out the microorganisms captured on each frame.

The tiny cells have yet to be identified—that work will come later—so she and Abby Whitlock ’23 have started giving many of them nicknames, often based on their shape. Banana. Lemon. Peanut. Rectangle.

They took the samples during a recent trip to the Eastern Shore of Virginia as part of their summer research project with physics and environmental studies professor Sarah Sojka. Now, they have their work cut out for them in the lab, sorting through samples and taking photographs of what they find under the microscope.

They’ll eventually identify those microorganisms for the project, with the ultimate goal of analyzing the diversity of something called benthic microalgae, which acts as a source of food, energy, and cover for many organisms.

It can affect nutrient availability for other plant species, controlling their growth, stabilizing sediment, and providing a food source for commercially important marine species, among other functions.

Benthic microalgae is crucial to shallow marine ecosystems, but hasn’t been studied extensively.

“We know it’s important,” Sojka said. “But we know little about the structure of these communities.”

This summer, they’re setting out to characterize the benthic microalgal communities found in a shallow coastal ecosystem, comparing what is present both in restored seagrass beds and outside of them in adjacent bare sediments.

The work will be a first step toward a better understanding of how seagrass restoration affects the function of benthic microalgal communities. 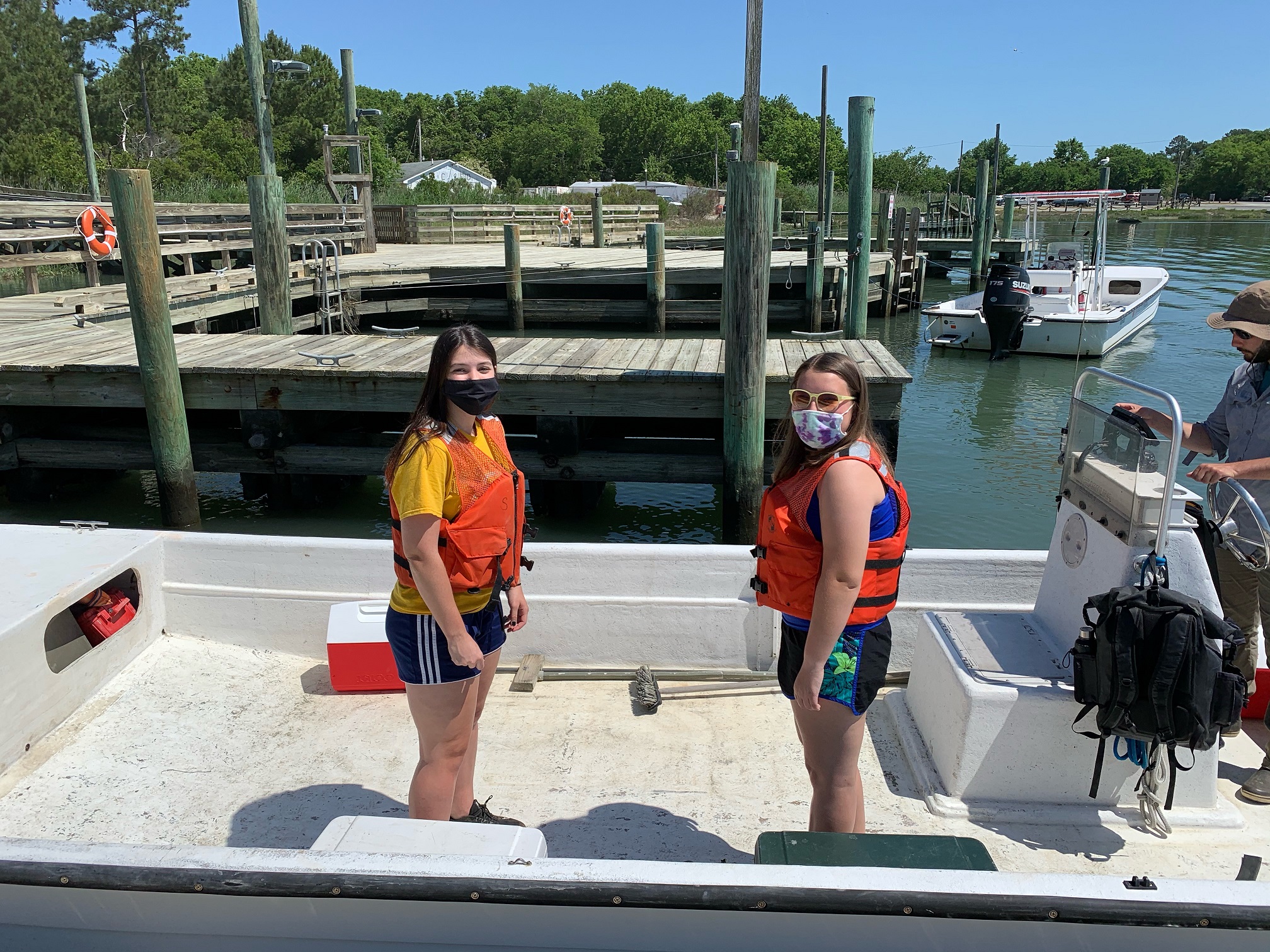 Abby Whitlock ’23 and Aleighson Robertson ’24 on the Eastern Shore of Virginia, where they took samples for their summer research project.

During their trip to the shore, Robertson, Whitlock, and Sojka collected samples from the Virginia Coast Reserve Long Term Ecological Research Site, where a seagrass restoration project is currently underway.

They used two different methods. One found them inserting a syringe deep into the sediment. For the other, they dragged the syringe across the top of the sediment.

They visited nine sites, taking 10 samples at each one. Every sample contains more than 100 microorganisms, leading to about a day and a half’s work analyzing each one. 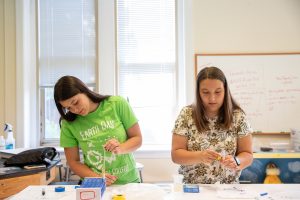 “One day on the water gives you enough samples for a long time in the lab,” Sojka said, complimenting the dedication and hard work Robertson and Whitlock have shown.

The project is providing both students with valuable field experience.

“I want to get better at research,” said Robertson, who has always loved the coast and plans to major in environmental science. “I’ve never gone out to sample anything. It’s an amazing opportunity.”

Whitlock is specifically interested in marine conservation and enjoys working in the lab.

“It’s been really interesting,” she said, “and a good first step.”