A virtual trip down the rabbit hole: Randolph’s ‘Alice in Wonderland’ available to stream online 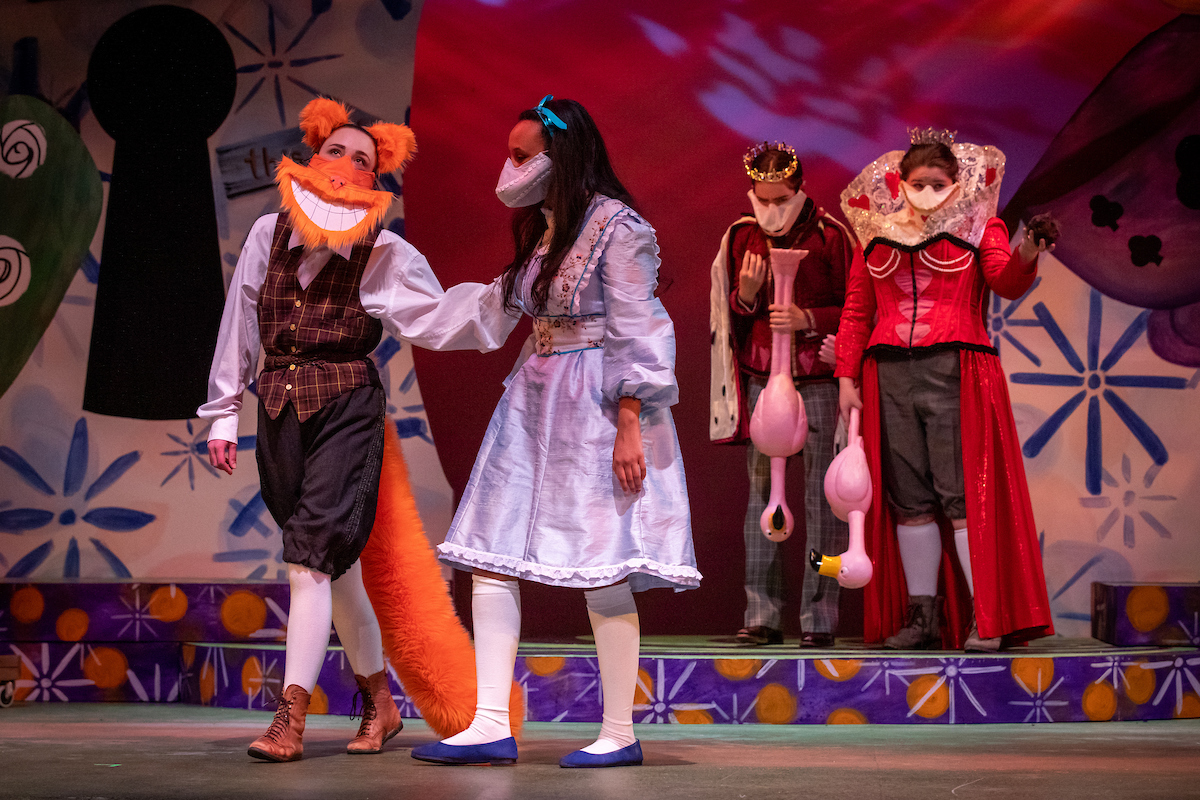 The cast of “Alice in Wonderland” rehearses prior to filming the production, which will be streaming online from April 9-30.

There’s nothing quite like breaking the fourth wall to talk to an audience that isn’t there.

That’s what the cast members of Randolph Theatre’s Alice in Wonderland found themselves tasked with as they rehearsed, and then recorded, the production, which will be available to stream online from April 9-30.

“It’s a really tricky thing, to be performing a show that’s meant to be performed on stage, but then not have an audience for it,” said theatre professor Stephanie Earl, who brought in guest director Glenn Schudel to helm the production. “There are certain things the actors have to take out to the audience, breaking the fourth wall, and that was really challenging. They really had to imagine there was an audience.” 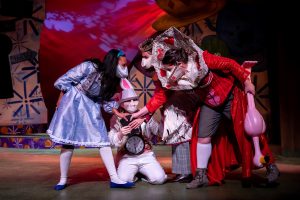 The cast of “Alice in Wonderland” during a recent rehearsal.

The show was originally scheduled to be staged last spring, but was cancelled due to the COVID-19 pandemic. In the fall, the theatre department produced a virtual reading of an original play written by English professor Gary Dop, opting to wait for Alice until students were back on campus again.

“We really wanted to do this show because it’s very physical,” Earl said. “It has a lot of cool staging challenges that just weren’t going to translate through Zoom. We decided we had to wait until we could do this with the actors.”

They’ve been designing the show since last June, and the cast began virtual rehearsals in November.

In-person rehearsals began in January, with everyone masked up in specially-designed creations built to fit each character and actor. They were made in-house by costume designer Hope Maddox, who is working as a guest artist at the College this semester.

Two filming days followed in March. The first day was dedicated to recording select scenes for close-ups, and the other was a full run-through of the production. Both were filmed and edited together by members of Randolph’s IT department.

“They’ve created something that will let audiences see all those cool staging effects, with the full stage picture and also some close-ups of the actors and characters,” Earl said. 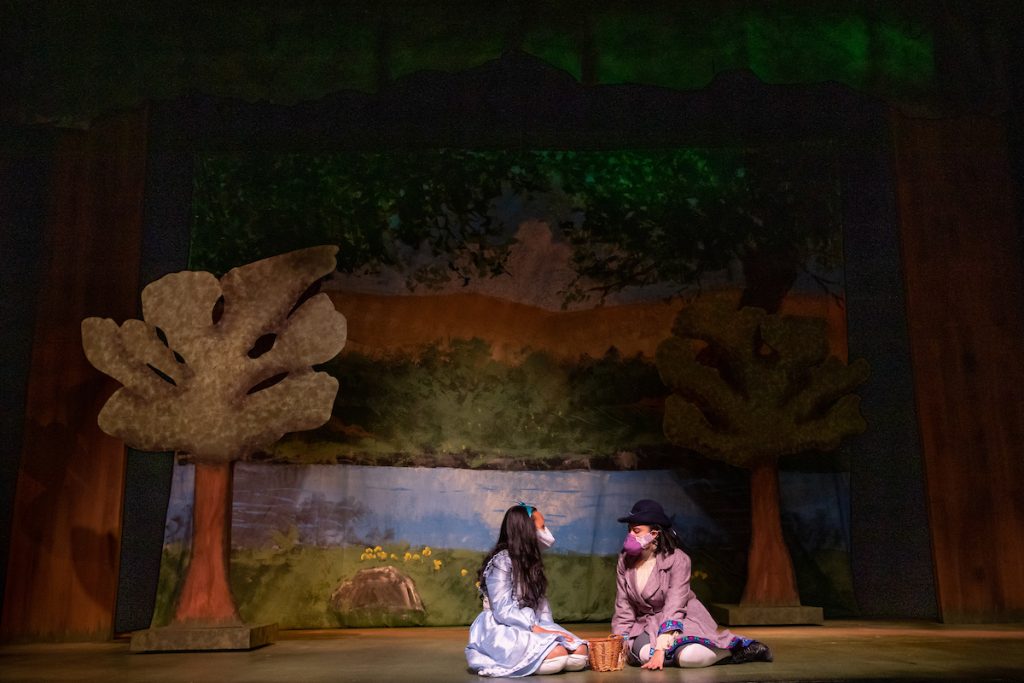 Throughout the rehearsal and filming process, Schudel gave his cast frequent breaks, as well as tips on how to embody their characters with half of their face covered.

“That was probably one of our biggest challenges. We weren’t used to wearing them onstage,” said Salina Woldemicael ’21, who played Alice. “You basically had to do good eye acting.”

They also had to take extra care with blocking and safely switching masks, said Kaitlin Weigle ’21, who pulled double duty as the Queen of Hearts and the March Hare.

But it was all worth it.

“It meant a lot to me because we weren’t sure it was still going to happen. I was very happy with the result, and that this would be my last mainstage show,” Weigle said. “At the end of the day, we’re still putting on the same show. It was just done differently.”

Alice in Wonderland will be streaming online from April 9-30. For more information, visit https://docs.google.com/forms/d/e/1FAIpQLSfEKOWc9_Lz2ugXQ6HjshHXwvXAnbNUCn4YrT9pfq_R5O_5Qw/viewform?gxids=7628