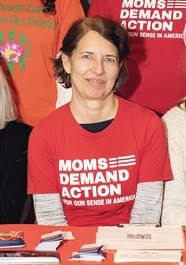 As part of Moms Demand Action for Gun Sense in America, Kristen Bauer ’84 preaches a relatable mantra: “We always say flexibility is key.”

The saying was a perfect theme for 2020, when the COVID-19 pandemic sent everyone reeling.

This fall, Bauer, co-chair of the organization’s Massachusetts chapter, was among a group of alumnae, alumni, and even parents who responded to a request by Randolph’s Career Development Center (CDC) for opportunities to connect students whose internships had been canceled with new ones.

“I was really pleased how alumni and other friends of the College stepped up in such a big way to support our students through another virtual semester,” said Maegan Crews Fallen, director of the CDC. “Even though they were online for the semester, students were not lacking in gaining valuable work experience and connections. They also learned a great deal about adaptability in the workplace and how to manage the future of remote working.”

The internships arranged by the CDC were offered virtually, which came naturally for Bauer, a Yale Law School-trained attorney who worked for the U.S. Foreign Service for 27 years. She and her colleagues at Moms Demand Action already had experience with online programming before the pandemic and were able to quickly adjust in the wake of it. They have operated completely virtually since February 2020.

“Interns don’t lose anything because we do nothing in person,” Bauer said. “It was kind of seamless. I miss seeing people in person. But it’s fun to connect with Randolph students and to hear a little bit about how the school is doing.”

Megan Westerman ’23 started with Moms Demand Action in August and hit the ground running, assisting with the nonprofit’s efforts during the 2020 presidential election. Most of her work was focused on social media, in addition to helping Bauer keep track of volunteers who were texting voters across the country. 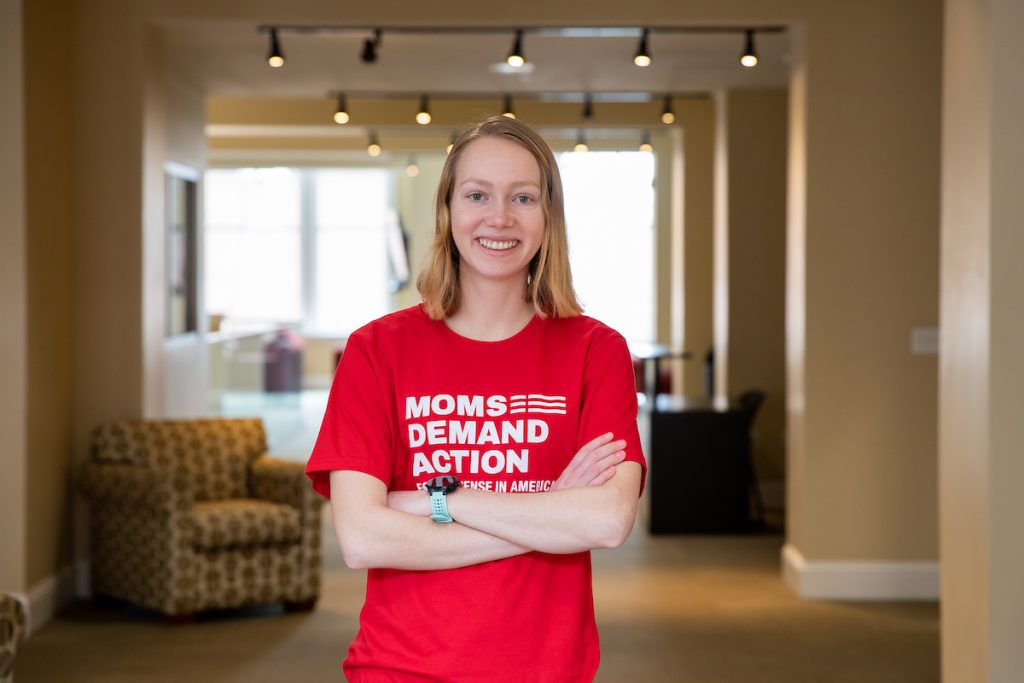 “In the general campaign for president, we texted over 1.7 million people. That was just the Massachusetts team,” Bauer said. “Those are the kinds of volumes Megan helped us achieve.”

Westerman, a political science major, stayed on with the organization this spring, joining efforts to increase membership in addition to her social media work.

“I just feel like now, especially since we have a new president, there’s so much to be done,” she said. “I really want to see now, with the legislative side of things, what can get done and how nonprofits can influence the process.” 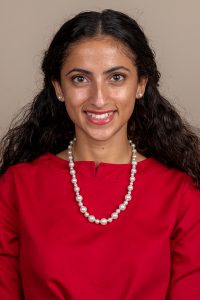 Westerman was joined this semester by Ninfa Amador-Hernandez ’23, a fellow political science major. She is working as part of the organization’s membership and legislative teams. For the latter, she’s been reaching out to legislators to schedule meetings and developing questions to ask them.

Amador-Hernandez was attracted to the opportunity to intern for a nonprofit with a political leaning. The Randolph connection was a nice bonus.

“It’s really neat to talk to Kristen,” she said. “She knows where we’re coming from.”

Bauer said the work of the Moms Demand Action interns is invaluable.

“It makes a big difference,” she said. “We really rely on our interns, so it’s critical to our organization to have enthusiastic, smart women helping us.”

Reunited off the field

Jordyn Knapp ’18, an athletic trainer at Wofford College in South Carolina, also offered to help during the fall semester—and wound up working with Briana Harbison ’21, a former softball teammate. 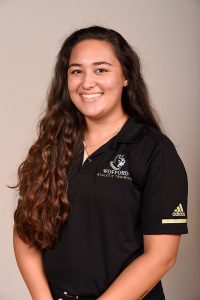 “I didn’t know how to give back once I left because I’m living in South Carolina,” said Knapp, who majored in sport and exercise studies at Randolph. “I know how the education I came out with helped me through grad school. It’s really rewarding to now be able to give both real-life and school advice to someone else during her senior year, helping her figure out what she wants to do next.”

The hands-on nature of Knapp’s job at Wofford, working with both football and women’s basketball players, presented some challenges.

Harbison couldn’t attend Knapp’s rehabilitation sessions in person, and video chats weren’t allowed. Instead, Knapp filled Harbison in on the injuries she’d be treating prior to an appointment and would follow up after.

“I couldn’t give names, but could give details like a 20-year-old female guard, basketball player, here’s what she’s got going on and what we’ve been doing to address it,” Knapp said. “Then we would video chat about what I did, and I’d ask her what we could do on the next visit or how to modify it. We were able to collaborate on lots of rehabs for injuries. It actually worked out well.”

Harbison also did her own research and watched videos of rehab exercises so she’d be ready for their meetings. 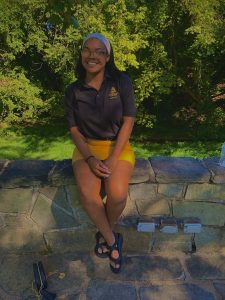 “I enjoyed the whole process, learning the treatment plans and the importance of specific exercises to strengthen the athletes,” she said.

Harbison, who is majoring in sport and exercise studies, said their meetings also helped with a kinesiology course she took last semester and in her current work as a physical therapy aide at Dominion Physical Therapy, a small clinic in Dumfries, Virginia.

Their prior relationship as teammates and friends allowed them to jump right in without any growing pains. Harbison considers Knapp a mentor and role model.

“We were familiar with each other,” Knapp said. “She didn’t go through that point, during the first week or two, when you’re nervous and kind of timid. It also brought a lot of great discussion. I think it gave me more incentive to push her.”

Alumnae and alumni weren’t the only ones to answer the CDC’s call. The parent of a former Randolph student connected Shamir Scott ’21 with a social work internship through Norfolk-based Sentara Healthcare.

Scott, who is majoring in sociology with a minor in psychology, had another opportunity fall through because of the pandemic and needed the internship for her major.

“Shamir is a great example of how students really pivoted and made the most of this semester’s virtual format,” Fallen, director of Randolph’s CDC, said. “Not only was she able to pick up some new skills and connections while gaining a clearer understanding of her future career aspirations, she will be able to show employers specific examples of her creativity and adaptability.”

At Sentara, Scott was assigned to work with several senior citizens, checking in with them by phone.

“My main objective was to reach out to them, keep them socialized, and see how they were doing,” she said. “Many in our elderly community have health issues and concerns, and when you’re in the house by yourself, that is heightened.”

She’d done similar work in the past with a business in Lynchburg that offers personalized in-home care.

“When I worked there, we’d have two hours with one person, and that would never be enough,” said Scott, who has also worked with special needs individuals through nonprofits in both Lynchburg and Richmond. “This internship reminded me of how much I miss working with the elderly community. And we found another way to communicate in this new world we’re in. It’s a learning curve for all of us.”

She felt bonded to one client in particular, a woman who was often out volunteering in her own community.

“She was as busy as I was, but we always found the time to talk,” Scott said. “We celebrated both of our birthdays together. We found comfort in talking to each other and got really close.”

Scott sent her supervisor weekly reports about her work and also attended online seminars on topics ranging from COVID-19 regulations to Alzheimer’s.

“We broke off into groups during one of them, and I was on a conference call with doctors and lawyers,” Scott remembered. “It was amazing. These were people who have been in this field, who have gotten their degrees, and I got to learn from them.”

Scott, who is currently exploring master’s programs with an eye toward a counseling career, also walked away with a new perspective on her daily life.

“I brushed up on all my skills, communicating over the phone and still picking up cues without seeing their faces,” she said. “We all get into the habit of rushing. It reminded me to slow down and be in the moment.”