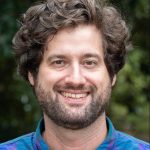 Randolph College’s 2019-20 academic year is officially underway, and several new faces have joined the faculty. After serving as a visiting faculty member the previous two years, political science professor Aaron Shreve is one of the new permanent additions this fall: Where are you originally from and what is your career/educational background? I was born... READ MORE >> 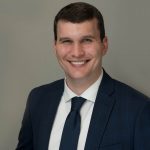 In the room where it happens: Kirby Tidmore ’20 working as legislative intern on Capitol Hill 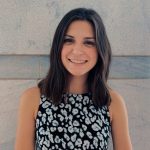 This summer, Kirby Tidmore ’20 is living and working in the nation’s capitol as a legislative intern for U.S. Congressman Doug Collins. Collins serves as Ranking Member of the House Judiciary Committee, and has represented Georgia’s 9th congressional district since 2013. “Working in his office is an incredible and unique opportunity to experience the legislative... READ MORE >> 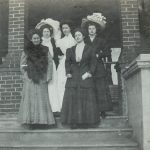 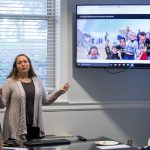 Lauren Appel ’20 was recently one of 15 college students from across the nation who participated in a weeklong program designed to develop the next generation of Catholic nuclear nonproliferation specialists and activists. The program was coordinated by the Kroc Institute for International Peace Studies at the University of Notre Dame in cooperation with the... READ MORE >> 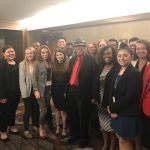 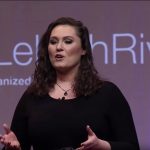