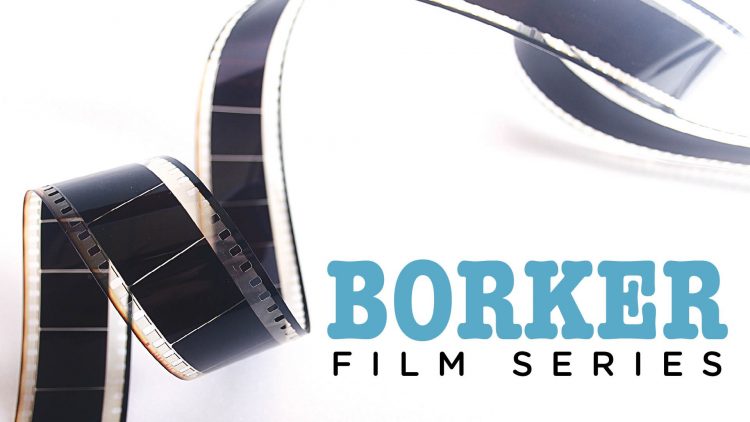 Throughout the 2019-20 academic year, Randolph College is showing a special series of films that highlight female activists whose unique identities have empowered them to take bold action to change the world. All films in the Ruth Borker Film Series on Intersectionality and Activism are free and open to the public.

The spring portion of the series begins this Wednesday, Jan. 22, with The Education of Shelby Knox. Other films in the series this spring include No! (Feb. 12), Iron-Jawed Angels (March 22), and 13th (April 8).

The Borker Film Series is funded by the Ruth Borker Fund for Women’s Studies and was organized by Jennifer Gauthier, a communication studies professor and Danielle Currier, a sociology professor.

“Danielle and I chose the films based on the theme of ‘Intersectionality and Activism’—we wanted to show a wide range of people of various identities who have worked to make positive change in society,” Gauthier said. “We want to celebrate individuals who take bold action to stand up for their rights and the rights of others who may be marginalized. We want to show students that taking action to fight society’s injustices is possible, necessary, and moreover, the responsibility of us all. The individuals that the films showcase—both fictional characters and actual people—are role models for us all.”

The Ruth Borker Fund for Women’s Studies is named in memory of an anthropology professor and coordinator of women’s studies at R-MWC. She also conducted extensive research on gender studies including women and language and a comparative study of gender concepts in different parts of Europe. The Ruth Borker Initiative Fund for Women’s Studies was established after her death in 1989 to support faculty and departments across the College curriculum to integrate gender-related perspectives and to establish other programmatic initiatives to advance an understanding of women’s studies. The initial grant was given by a College trustee, Sally Schindel Cone ’54, who was inspired by Borker’s vision for women’s studies.

Read more about the upcoming films in the Borker Film Series below:

This documentary film tells the coming-of-age story of public speaker and feminist Shelby Knox, a teenager who joins a campaign for comprehensive sex education in the high schools of Lubbock, Texas. Lubbock has some of the highest teen pregnancy and STD rates in the nation, the “solution” to which is a strict, abstinence-only sex education curriculum in the public schools and a conservative preacher who urges kids to pledge abstinence until marriage. Shelby Knox is a deeply religious Southern Baptist teenager who joins the Lubbock Youth Commission, a group of high school students representing a youth voice in city government. When the teens confront Lubbock’s sexual health crisis and campaign for comprehensive sex education, Knox throws herself into the battle with missionary fervor, struggling to reconcile her newfound political beliefs with her conservative religious views. When the campaign broadens to include a fight for a gay-straight alliance, Knox must confront her family and pastor in this coming-of-age story.

Audrie & Daisy tells the story of  two, teenage girls from towns on different sides of America who pass out while intoxicated at high school parties and, while unconscious, both are sexually assaulted by boys they call friends. In the aftermath, the girls each endure online harassment, both attempt suicide, and tragically, one dies. The film explores this new public square of shame from the perspective of the teenagers and their families — including the boys involved in the assaults and the girls willing to speak out publicly.

The Ruth Borker Film Series on Intersectionality and Activism Films features activists whose unique identities empower them to take bold action to change the world. The film 13th (2016) explores the “intersection of race, justice, and mass incarceration in the United States.” It is titled after the 13th Amendment to the United States Constitution, adopted in 1865, which abolished slavery throughout the United States and ended involuntary servitude except as a punishment for conviction of a crime. DuVernay contends that slavery has been perpetuated since the end of the American Civil War in a variety of ways. She examines the prison-industrial complex and the emerging detention-industrial complex, discussing how much money is being made by corporations from such incarcerations.