Lydia Edwards ’19 examines a specimen during a scuba diving excursion in San Salvador.

As Lydia Edwards ’19 descended the small, rickety ladder into the pitch-dark cave, she felt the temperature start to rise. At the bottom, she and her fellow researchers crawled on their hands and knees through the sweltering hot tunnels and climbed rock formations until finally they arrived in a vast, water-filled cavern.

“It was so cool,” Edwards said. “There were stalactites and stalagmites under the water that you could see. There were eyeless shrimp, which I guess didn’t need eyes because it was so dark in there. And you’d come back out of the water and there was a big opening of the cave where you could see everything. It was really pretty and reminded me of Journey to the Center of the Earth.” Edwards traveled to San Salvador over winter break for a special study abroad program. She and the research team stayed at the Gerace Research Centre, a former U.S. Navy base that was used to spy on Soviet activity in Cuba during the Cold War.

Each day, Edwards and her colleagues spent about eight hours in the open water, using scuba diving and snorkeling equipment to research marine life in the coral reefs. The primary specimens they worked with included hermit crabs, octopi, and sea turtles. She also had some close encounters with reef sharks.

“They were about five feet long on average and not aggressive,” Edwards said. “They were just very curious and would swim next to you.”

Part of the course was a night program that taught about the ecological relationships students observed underwater and how to identify the various types of fish native to the area. One of Edwards’s personal favorite lessons was a trip to Graham’s Harbour, which is home to the island’s sea turtle population.

“We saw a lot of things there that we probably wouldn’t see anywhere else,” she said. “The sea turtles were not afraid of people at all. They would swim right up next to you. One time I came up for air and one of them followed me to the surface and popped his head up right next to me.”

As a double major in biology and philosophy, Edwards, who loves marine biology, embraced the opportunity for hands-on research in the field.

She even received a grant from the Randolph Innovative Student Experience (RISE) program to make the experience more affordable.

“It was going to cost me about $3,000 because we had to pay for our own plane ticket and our own dive equipment,” Edwards said. “The RISE grant helped me with mainly the traveling expenses and equipment.”

As a result of her journey, Edwards said she feels more adaptable in new experiences. She also made new friends from her research group.

“It’s a good thing that I had the RISE grant because it helped me not only further my education in marine biology, but also helped me make more connections outside of the College. It opened up a whole bunch of different doors for me.” 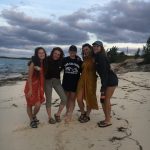 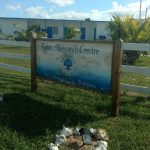 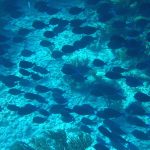 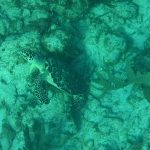 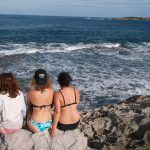 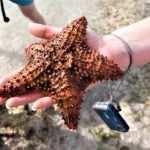 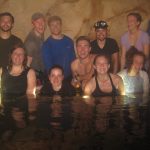 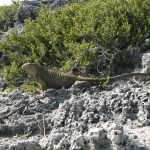