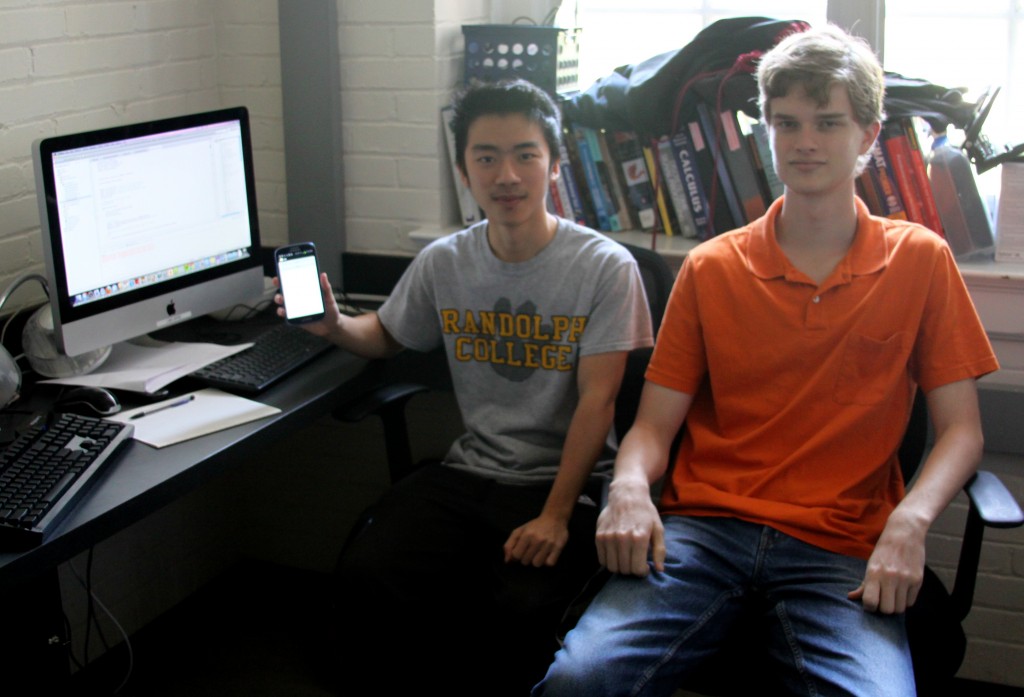 Randolph students developed smartphone-powered mobile monitoring technology that is now a part of a major research collaboration that aims to improve health care for patients with dementia.... READ MORE >> 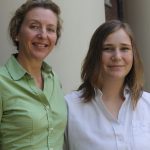 A determination to learn Italian and understand art enabled Claire Sumner ’15 to help one of her professors unravel the mysteries of an old baptistery in Siena this summer. Sumner helped her advisor and Randolph art history professor Andrea Campbell with a Summer Research project studying the baptistery at the cathedral in Siena. Unlike most... READ MORE >> 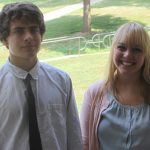 Researchers have long studied the way mice behave, interact, and react to changes in their environment to help reveal ideas about humans and other animals. This summer, two Randolph students added sound to that body of knowledge. Katrin Schenk, a Randolph physics professor, has involved students in research on mouse vocalizations for several years. This... READ MORE >> 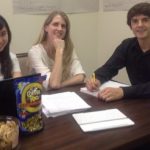 Two Randolph students focused on sustainable food supplies in research projects this summer. Paul Rush ’16 worked on a project that would allow Randolph students to help feed people in need in the Lynchburg community. Hailey Nguyen ’15 investigated steps the College could take to improve sustainability of its own food services operations. Rush started... READ MORE >>

Student research examines effects of filtering rainwater for later use 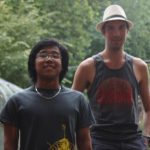 This summer, two Randolph students and a professor worked together on a research project designed to find out whether a filter can increase the quality of water in a rainwater storage system, such as a rain barrel, enough to make it more usable.... READ MORE >> 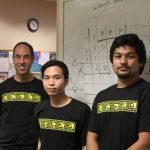 Two Randolph students and a mathematics professor have developed an interactive, competitive version of Conway’s Game of Life. A 3-D version is on the way, too.... READ MORE >> 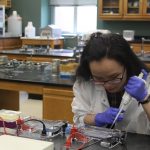 Ngoc “Kelly” Pham ’16 never considered herself a scientist until she had the chance to practice it firsthand at Randolph College. Pham just spent two months extracting DNA from old Tunisian bones to help determine how many people were buried at a 1,300 year-old crypt. A biology major, Pham is working on a Summer Research... READ MORE >> 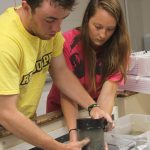 By studying 12 bubbling bins of water and sand in the basement of Martin Science Building, two Randolph students hope to shed light on ways to reduce coastal erosion. Each bin contains various amounts of nutrients designed to help promote the growth of biofilm, microorganisms that stick together in the sand, as well as a... READ MORE >> 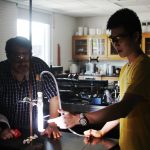 Zhe Zhang ’15 set out to learn about solar-powered water purification. But his summer research project has taught him at least as much about determination and hard work. He has spent much of his summer trying to make one chemical reaction happen, which he originally assumed would take only a couple of days. But he... READ MORE >> 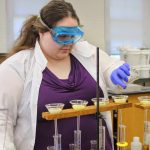 This summer, Hannah Edwards ’16 is searching for a better way to remove toxins from soil. She started her summer research by contaminating several containers of soil with lead, an element that is known to cause developmental defects, especially in younger people. Then she started experimenting with plants to see which would best remove through... READ MORE >>