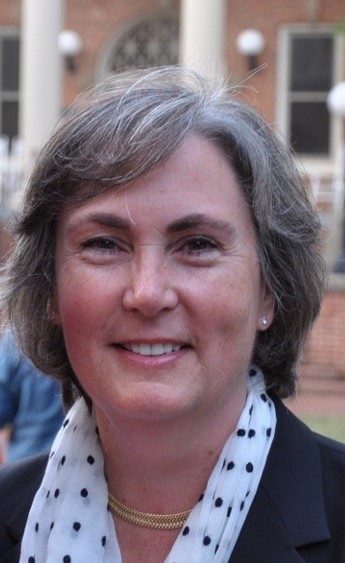 A double major in English and religious studies, Elizabeth A. Maffey ’83 had hoped to return after graduation to her alma mater as a resident director and pursue a career in higher education. No jobs were available at the time, so she moved to Washington, D.C. with three classmates. There, she was hired by Freddie... READ MORE >> 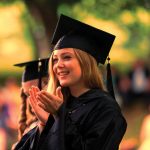 Graduates of Randolph and other schools often credit their education for preparing them for both graduate school and the workforce. They single out attributes like individualized attention, a focus on writing and communication skills, the development of critical thinking skills, as well as a broad educational foundation for their success. ... READ MORE >> 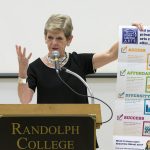 Before launching into her keynote address, Georgia Nugent surveyed the room of high school guidance counselors and independent consultants to see who had attended a liberal arts school or completed a liberal arts major. The majority of those in the room raised their hands. “This really is preaching to the choir,” said Nugent, former president... READ MORE >>

In the News: NPR looks at how the new federal college ratings affect small liberal arts colleges like Randolph 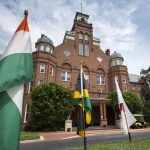 The Inauguration of Bradley W. Bateman included three video presentations to celebrate his life and career, the history of Randolph College, and the value of a liberal arts education. “Bradley W. Bateman: A Passionate Leader & A Champion For The Liberal Arts” was played during the installation ceremony to introduce the audience to Bateman. “Here... READ MORE >>