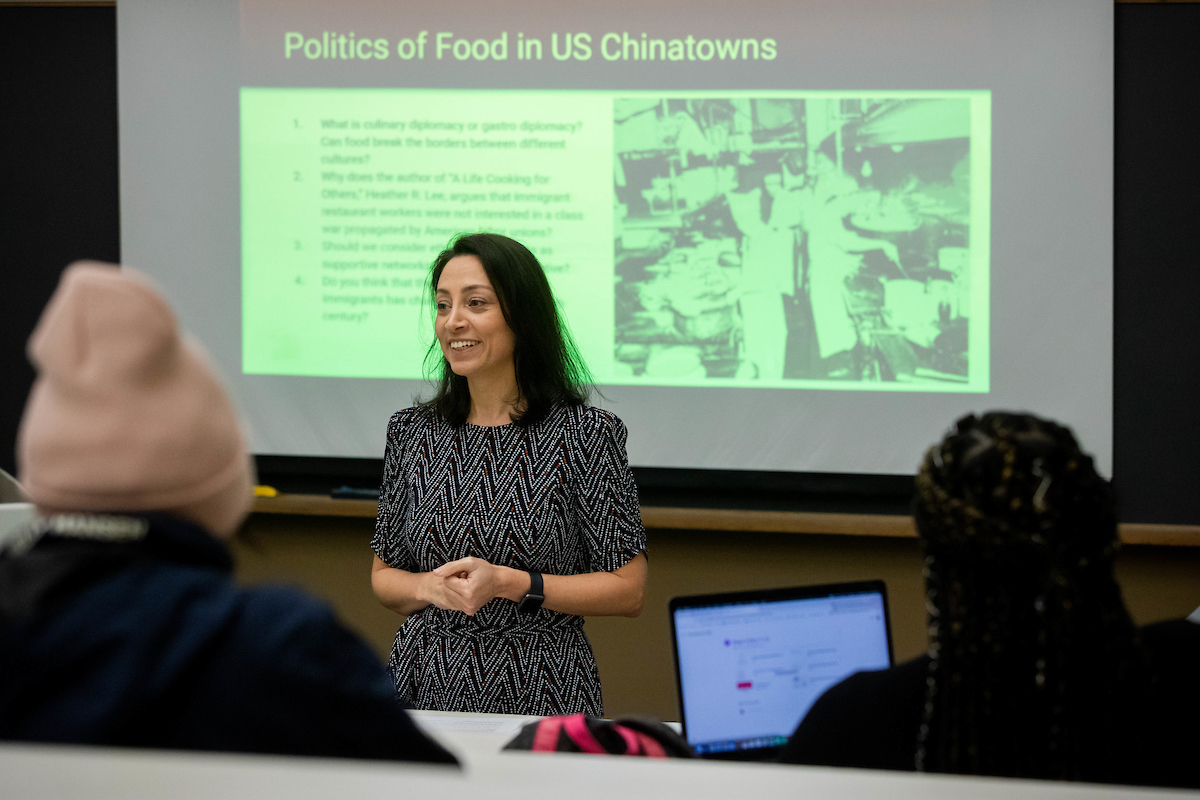 History professor Selda Altan is teaching Chinatowns in the United States during Session 2.

“She loves to use new approaches to historical analysis, such as gender, in her classes,” said William Olichney ’24, a history major minoring in Asian studies. “It opens up classroom discussions bordering on philosophical debate.”

Altan’s Chinatowns in the United States course, offered during Session 2, has been particularly enlightening, he said.

“It has sparked the most class discussion out of any Randolph class I’ve had,” said Olichney, who enrolled to learn more about Asian-American culture. 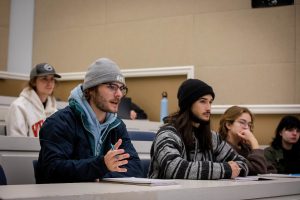 The class was inspired by Altan’s own research, which focuses on Chinese labor history and 19th century labor migration.

Among her areas of focus is the coolie trade, which brought thousands of East and South Asians to the Americas as part of a system of indentured labor. It began in poor, rural Chinese villages in the late 1840s in response to the labor shortage that resulted from the movement to abolish slavery.

“As I researched it, I became interested in Chinese workers who came to the United States not as coolies, but volunteer workers or free laborers,” and whose arrival triggered Chinese exclusion laws, Altan said.

The course focuses on Chinatowns in San Francisco, New York, and Honolulu, exploring their histories in order to understand the political economy of Chinese migrations to the United States, the formation of Chinese diaspora communities in major U.S. cities, Chinese-American food culture, and the problems of integration and assimilation.

“We are having wonderful discussions about all aspects of the immigrant experience,” Altan said. “This nation was founded by immigrant communities. They made fundamental contributions, and Chinese labor was key to the formation of this country’s infrastructure.”

Students also do a lot of writing in the class, and Altan tries to incorporate design exercises into each meeting. They created cartoons about Chinese exclusion at the beginning of the session, and their final project is to design their own Chinatown for the 21st century.

In designing their own districts, Altan hopes they pay particular attention to urban space as a site of culture exchange and identity-building.