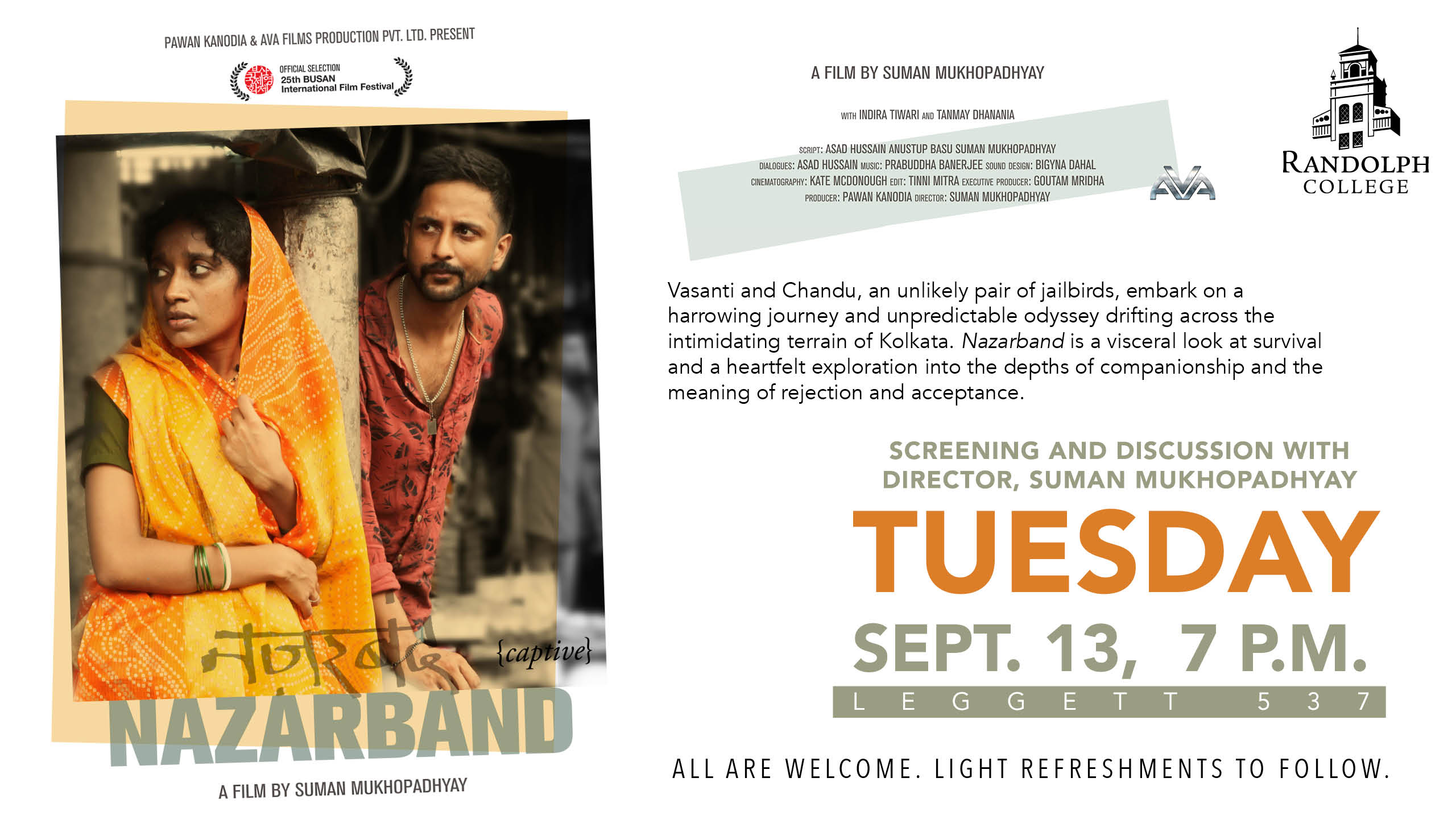 Filmmaker Suman Mukhopadhyay will be on campus next week for a screening and discussion about his latest film, Nazarband (Captive).

The 2020 film—described as a “a visceral look at survival and a heartfelt exploration into the depths of companionship and the meaning of rejection and acceptance”—will be shown on Tuesday, Sept. 13, at 7 p.m. in Leggett 537, with a discussion and light refreshments to follow.

He has participated and won awards in various national and international theatre and film festivals in Montreal, Dubai, Munich, Busan, San Francisco, and Seattle.