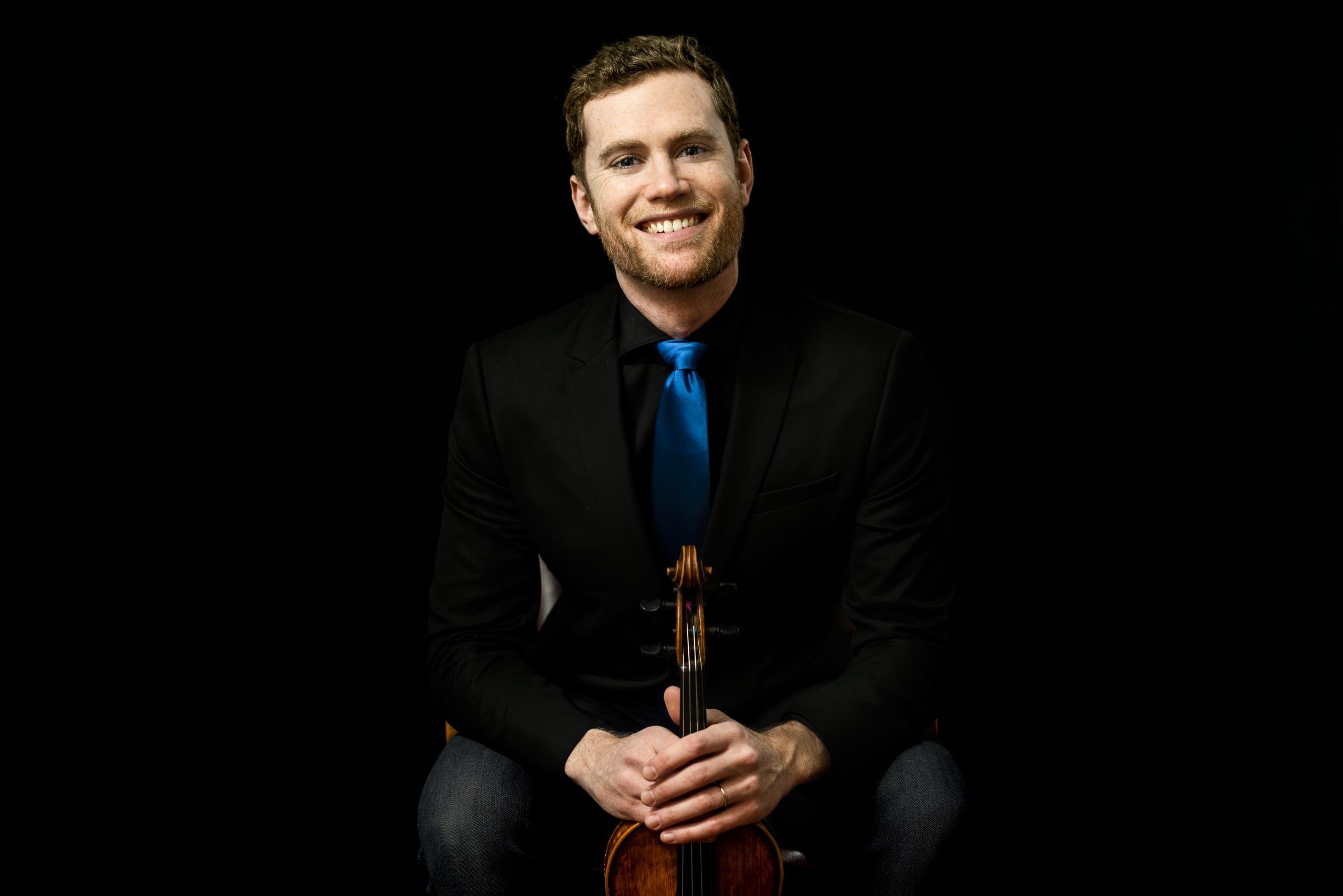 Magill, who performed virtually for the College in 2021 as part of a guest artist residency, will be on campus this time, with a group of other musicians who collaborated on his album of original music.

In 2019, he was awarded a North Carolina Arts Council Fellowship in jazz composition for the album, The Polaris Project, which features bassist Ethan Jodziewicz, drummer Mark Raudabaugh, and keyboardist Thommy Knoles.

Their performance, featuring musical traditions from around the world, will be held Wednesday, Aug 31, at 7:30 p.m. in Smith Hall Theatre. Admission is free.

“We’re so excited to bring Magill and his colleagues to perform on our campus,” said Emily Yap Chua, Randolph’s Catherine Ehrman Thoresen ’23 and William Erness Thoresen Professor of Music and chair of the Department of Performing Arts. “The community had a terrific response to his virtual residency last year, and this concert will have the audience dancing and grooving to his music—this time, in-person.”

Magill has spent the last 20 years pursuing parallel careers in traditional Irish music, Brazilian choro, jazz, and American fiddle styles. He is a Fulbright fellow, a South Arts Emerging Traditional Artist, and has been featured on MTV, PBS, TEDx, and NPR.

Raudabaugh, who won a jazz scholarship to Florida State University, has played with Bela Fleck and The Flecktones, Zac Brown, Robert Randolph, Sam Bush, Anders Osborne, and Keller Williams, among others, throughout his career.

Jodziewciz “embodies the notion that anything is possible on the bass,” according to press materials, thriving in jazz, bluegrass, rock, funk, old-time, and symphonic and chamber music.

Knoles, a producer, session musician, and keyboardist, is founder of the funk/fusion band STIG. He grew up playing jazz and listening to hip-hop and later graduated from Berklee College of Music with a degree in piano performance.