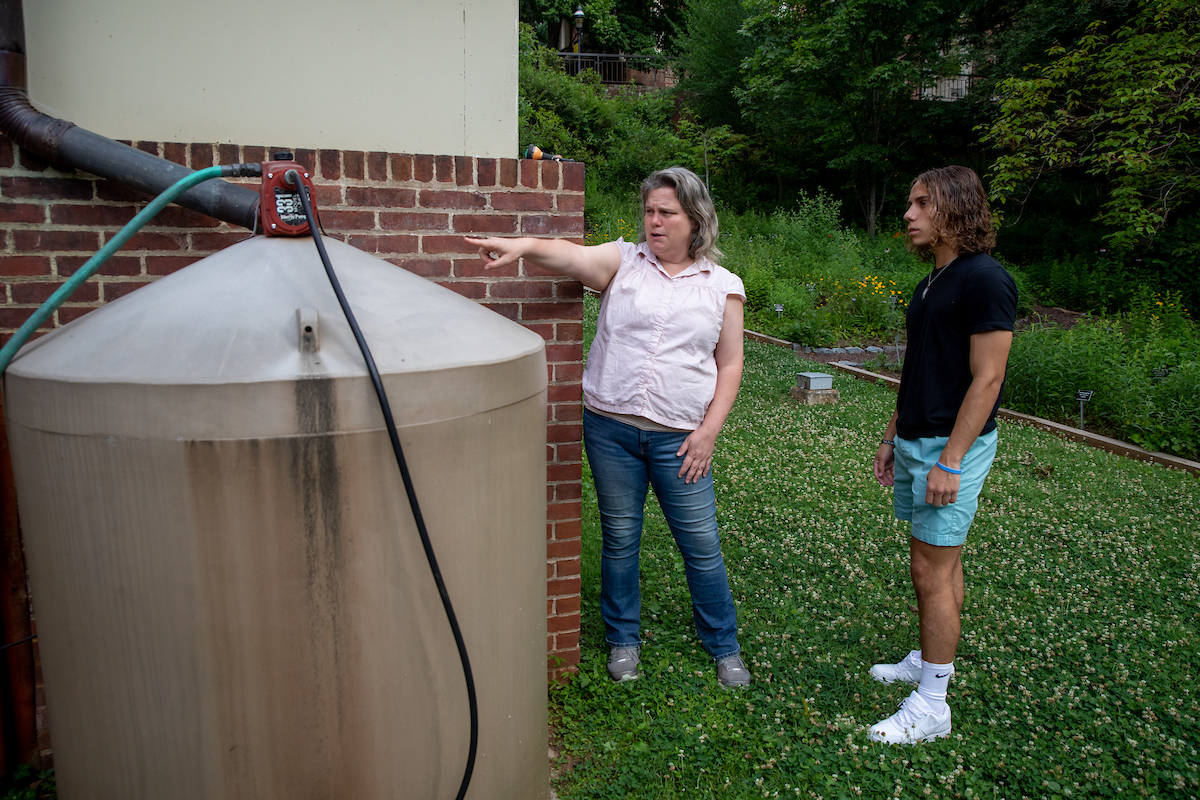 Rainwater harvesting—the collection of run-off from a structure to store it for later use—can be a powerful tool in combating water supply problems, but questions still remain about its financial viability.

Randolph professor Sarah Sojka and Isaac Carney ’24 hope to answer those questions with a Summer Research project that will improve upon a preliminary model Sojka created several years ago.

“It’s basically a spreadsheet,” Carney said. “You type in the tank size, what type of pump you use, how much rainwater you get, and other factors, and it produces the most efficient rainwater system for you.”

This summer, Carney is looking for more concrete economic data. He’s researching a variety of systems, from suburban households to large academic buildings, to find the payback period—how long it takes to recover the cost of the investment—of various systems.

“There are some really neat trends from the original project,” said Sojka, a Randolph professor of physics and environmental studies. “What we found is that, across 1,000 modeled systems ranging from really tiny to really huge, we could condense all the data and find a sweet spot for the financial payback from these systems. The economic assumptions I made were pretty reasonable, but not what they should be to really move forward with it.”

But if the same patterns she initially saw hold up with more grounded economic data, it could be a game changer.

“Most studies look at one system, and it’s a whole paper about the payback on one system,” she said. “If we could come up with a way to offer data on 1,000 systems and really quickly say, ‘That would probably pay back in this many years,’ that would really be a huge step forward.”

They’ve also seen evidence that systems that are used a lot tend to have the best economic payback, which Sojka said goes against some assumptions people tend to make.

“We do want to save water, but if you’re using water, you want to make as much of it from the rainwater system as you can,” she said. “You’re not trying to save it for a not-rainy day. It’s a use-it-or-lose-it kind of situation.”

The project has offered Carney, an engineering physics major, a unique insight into his future career.

“I really wanted to do a project that involved engineering, whether that meant actually designing or creating something or doing this and looking at the economic side of it,” he said. “With this project, so far, I’ve learned that engineering is not just physical work. You have to figure out not only the best materials to use but which ones are the most financially viable.”