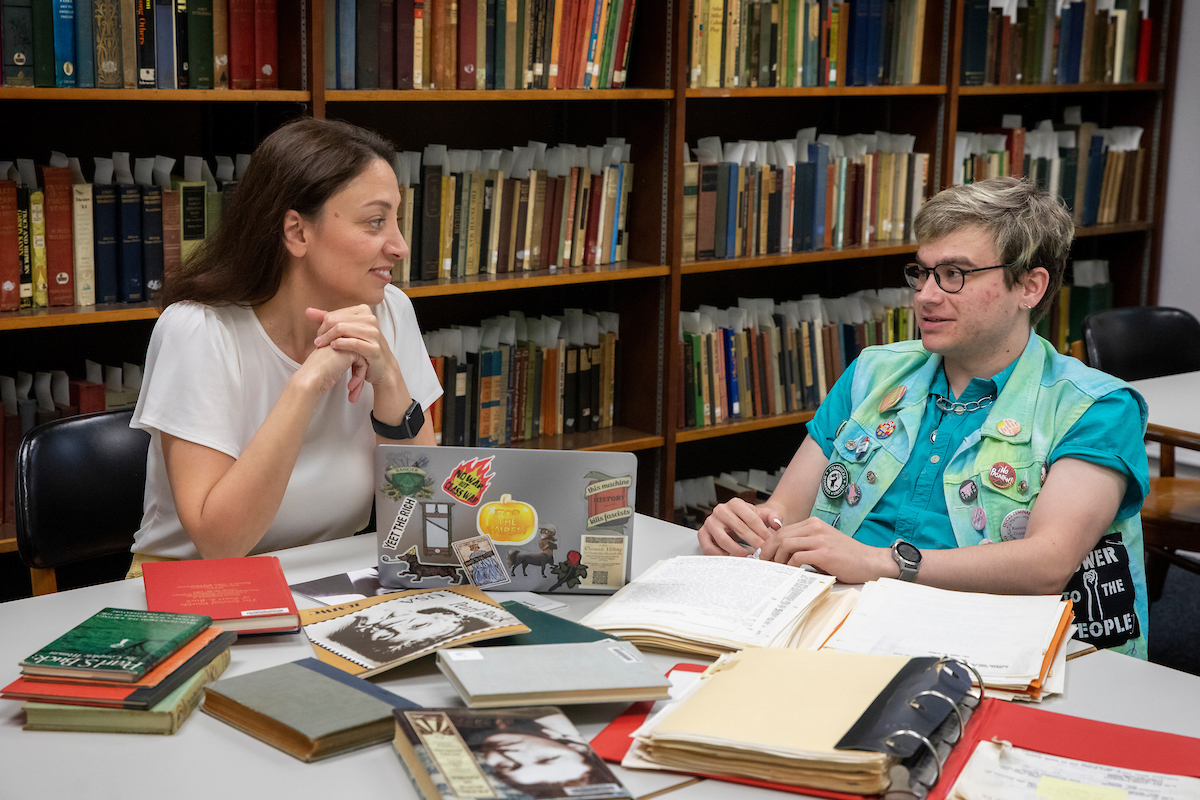 Pearl S. Buck, the first woman to win both the Pulitzer and Nobel Prizes for literature, was always ahead of her time.

Her founding of the East and West Association—the subject of research being conducted by history professor Selda Altan and Ranger Kinney ’24 this summer—is one example of Buck’s forward thinking, showing her long commitment to humanitarian causes, cross-cultural understanding, and racial harmony.

Buck, Class of 1914, started the association in 1942 to facilitate cultural exchange between Asia and the West. Her aim was to support the Allied war effort in Asia during World War II by creating a positive view of China, which was under Japanese occupation at the time. She also wasn’t afraid to criticize British colonialism in Asia and racism in the U.S.

“I see her as a foreign policy activist,” said Altan. “She was in contact with very important people in the government. She was trying to increase sympathy in the United States for China. She saw this as part of an anti-fascist alliance.”

Using the College’s Pearl S. Buck Special Collections, Altan and Kinney’s project will highlight a cordial phase of U.S.-China relations while demonstrating the impact of civilian diplomacy and women’s activism in international relations.

“We want to understand her thoughts. She had really wonderful perspectives on American policy and world politics in general,” Altan said. “I think it’s important that we have a woman who was able to think critically about global politics at the time.”

Buck and many other Western women connected with Chinese women to provide humanitarian aid, opening orphanages and schools and creating industrial cooperatives. As part of their research project, Altan and Kinney want to argue that humanitarian aid is also politics.

“In a way, it’s more influential,” Kinney said. “The way Buck is saying, ‘They’re not just our wartime allies. They can help us build a more democratic world after the guns have stopped firing.’”

Kinney and Altan have been reading Buck’s political writings—including a letter to Eleanor Roosevelt—along with books written about her and publications of the East and West Association.

Their research also has present-day implications.

“We’re interested in what the American people were seeing at the time, especially in light of recent U.S.-China relations that have been reinforced by the reactionary blaming of the COVID virus on China,” Kinney said. “We’re trying to see, is there a way we can look at China differently? I think Pearl S. Buck did present a way and tried to make it so there was this understanding between the American people and the Chinese people.

“Buck isn’t talking so much about international relations,” Kinney added, “as much as individual sympathy and understanding between two groups of people who she felt, despite their differences, were very similar in their ways of life and attitudes.”