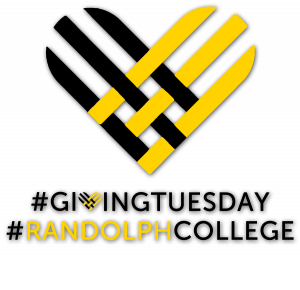 More than 150 donors gave over $45,000 to Randolph College’s Annual Fund during Giving Tuesday on November 30, successfully unlocking a $25,000 match from the Jessie Ball duPont Fund.

The day of giving also saw the successful completion of a 100-donor participation challenge for alumnae and alumni issued by Betty Lou Newcomb ’59.

Gifts this year came from nearly 30 states and as far away at the U.K. The Class of 1977 came out on top with the greatest number of classmates who gave and the most dollars raised.

Giving Tuesday is a globally recognized day that follows Black Friday and Cyber Monday, allowing individuals to unite their efforts to benefit the charitable causes that matter most to them.

“Our donors make it possible for Randolph to continue the tradition of providing a life-changing liberal arts education in a close-knit, nurturing environment,” said Tamara Jamerson ’95, Annual Fund director.

Giving Tuesday follows Randolph’s own Give Day, which was held in October and brought in more than 700 Annual Fund gifts totaling over $400,000—including more than $88,000 that was matched by donors.