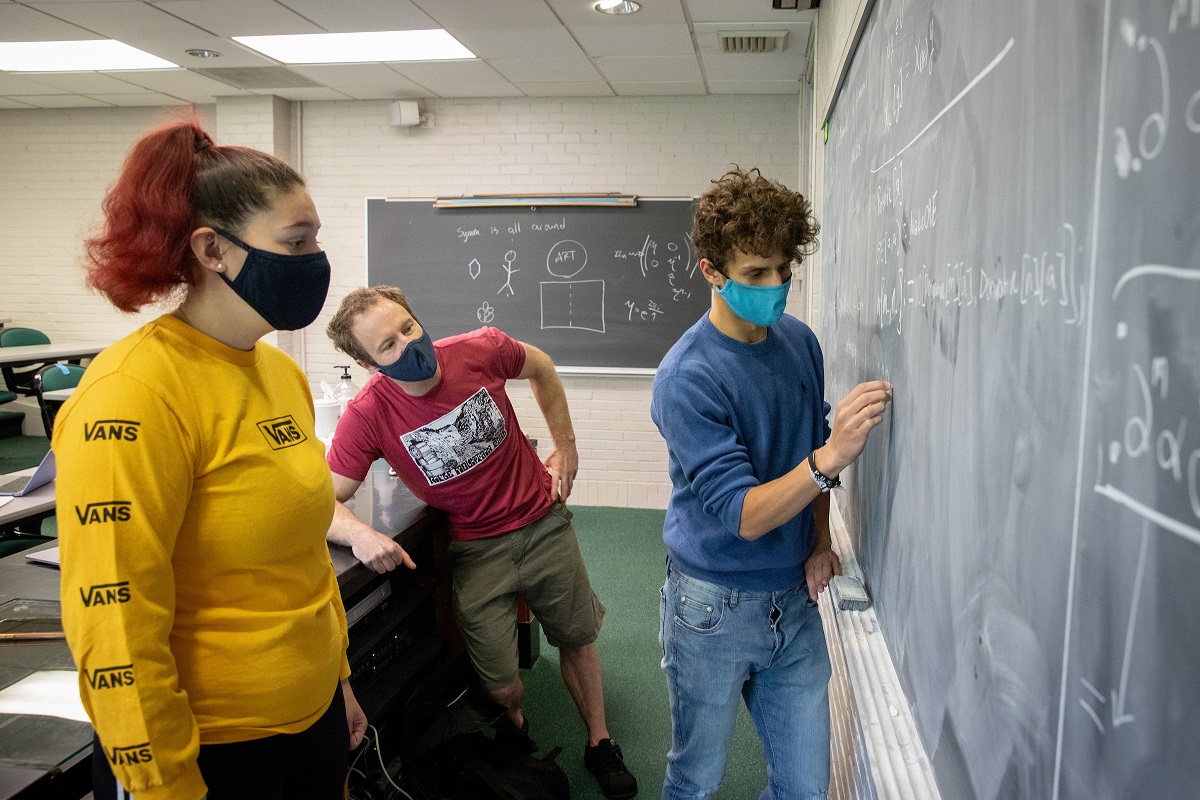 Noah Carney ’22 stands at the front of a classroom in Martin Science, scrawling equations across the chalkboard.

The three panels are covered in a seemingly endless string of numbers that Carney, Gillian Golda ’22, and math professor Michael Penn are crunching this summer as part of Randolph’s Summer Research Program.

Their project involves vertex algebras, an important class of mathematical objects that serve as a bridge between seemingly disparate areas of mathematics and quantum physics—from number theory to string theory.

Penn has studied them before, including during a past summer research project at Randolph. But it wasn’t until recently that he landed on what he calls a trick that could possibly help the process.

“I always thought that this problem was not too conceptually difficult, but it would be too much raw work and not fun,” Penn said. “ I was on a walk one day, and I sort of figured out a way that would maybe tackle this problem in a more elegant way.” 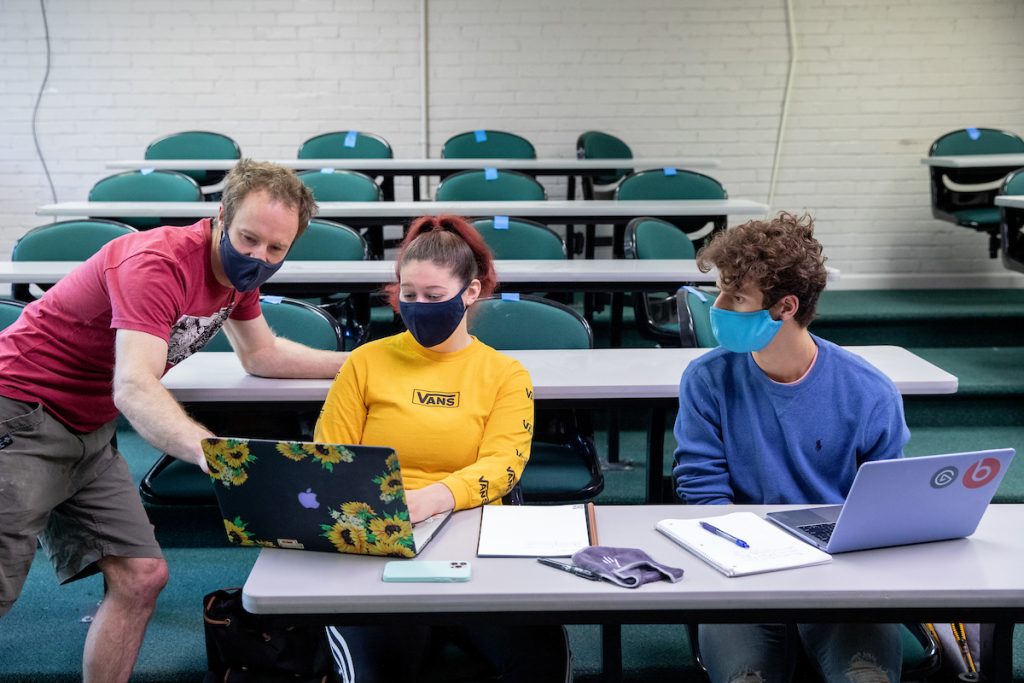 The group is essentially looking at symmetries in higher mathematical objects. To explain, Penn pointed to another chalkboard along the side of the room, where they’ve sketched out symmetries we all see in day-to-day life.

Honeycomb, for instance, has hexagonal symmetry. The human body exhibits bilateral symmetry. Flowers do, too. Even art and architecture tend to have it.

“Humans are drawn to symmetric things, and nature and evolution seem to be drawn to building symmetrical things,” Penn said. “Well, it turns out these symmetric properties are also inside of mathematical objects. This type of symmetry, which happens visually, can be inside of a simple mathematical object like a polynomial. We’re looking at symmetries inside of vertex algebras, which are really intimidating-looking and sounding. But they have this really beautiful property that they serve as a conduit to connect these different regions of math, which for many, many years seemed unconnected.”

Carney and Golda signed up after Penn approached them, ready to dive deeper into the topic. 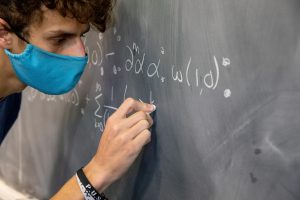 “My last couple math classes have been very theoretical, and I wanted to do research that was geared toward higher level theoretical math,” said Carney, who is double majoring in mathematics and economics.

Golda, a mathematics major, said the work so far has been challenging, but not impossible to complete. Both agreed the hands-on nature of the project made a big difference.

It certainly helps to have Penn, who has done many of the calculations before, there to guide them.

“Math problems hurt a lot at the beginning. It takes a lot of background,” Penn said. “We have a good place to start everything. I’ve decided to take this approach where we learn just enough to do the calculations first and get really good at the ins and outs of the calculations. Then we’ll look at the theory behind the constructions later, because that is a little bit more abstract.”

In addition to recreating equations Penn has worked on in previous research, Carney and Golda have also been reviewing what they’ve learned in past courses at the College.

“That’s what’s good about these research projects,” Penn said. “You tap into these little things you learned, and it really kind of opens up why we learned them in the first place.”