Last week, Randolph College sent a delegation of students to an international summit in New York City, where they discussed international relations and proposed solutions to some of the world’s most pressing issues.

Randolph students represented Somalia in the 2019 Model United Nations conference April 14-18. The team received special recognition for its work, earning the Honorable Mention Delegation Award. More than 5,000 university students—over half from outside the United States—attend the annual conference, which offers 23 simulated UN committees and uses procedural rules developed with UNITAR.

Aaron Shreve, visiting political science professor and faculty advisor for the Randolph team, was impressed with the students and how they interacted with other delegates from around the world. One of the highlights for the Randolph students at this year’s conference was getting a briefing from Ahmen Botan Dhakkar, senior advisor to the Permanent Mission of Somalia to the UN.

“We had a lot of returners in this group, which was good for the new students,” Shreve said. “It’s exciting that most of them knew nothing about Somalia when we started the class, and it’s really helped open their eyes to the issues there. Our team was very well prepared, displayed diplomatic skill, and actively collaborated with other representatives.”

Outside conference sessions, delegates from Randolph and more than 130 other UN Member States took advantage of opportunities at Permanent Missions to the UN, the United Nations itself, as well as world-class museums, architecture, shows, restaurants, and shopping.

“It’s one of the better activities for our students to be involved in outside of this campus and outside of Virginia,” Shreve said. “It gives students the chance to meet people from all over the country and give speeches in front of thousands of people they don’t know.”

Rebecca Lesnak ’19 and Madeleine Peters ’19 were selected as head delegates for the team because of their experience. Lesnak has attended Model UN three times and Peters has participated each of her four years at Randolph.

“It’s such an incredible opportunity to learn about other countries,” Peters said. “I’ve learned so much about the culture and politics, especially among African countries and the African Union.”

Some of the topics the team discussed on Somalia’s behalf at Model UN included refugees and agriculture. In addition to learning about those subjects, Peters said one of the most interesting things she learned was that Somalia’s unfortunate reputation for piracy is much more complicated than it seems.

“They have such a long shoreline and they depend on the waters for trade and travel, but it’s contaminating the water and damaging the environment,” Peters said. “That’s part of the reason there is piracy in Somalia is that some of them are trying to protect the ecosystem.”

“I think this class is interesting as a whole because it’s not conventional, and then we travel to New York as a group and become really close during the experience,” she said. “I also have enjoyed working on the different committees at the conference because you work with people from all over the world, and during breaks we all get to talk about our cultures and exchange stories.”

Membership on Randolph’s Model UN team is highly selective and requires enrollment in the Global Issues at United Nations course. Student participation and travel to the Model UN conference is made possible by support from the Sheldon and Chrystine Hicks Endowed Global Studies Fund, created through the generosity of Marilyn Hicks Fitzgerald ’68 and Michael P. Fitzgerald. 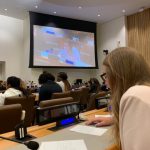 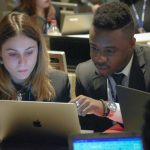 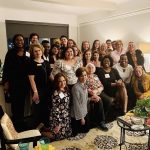 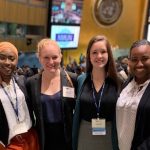