The Lion, the Witch, and the Wardrobe brings magic to Thoresen Theatre Growing up, Shakiah Johnson ’20 always admired The Chronicles of Narnia series by C.S. Lewis. Now a theatre major at Randolph, she’s fully immersing herself into the fantasy world as one of the lead roles in the College’s production of The Lion, the Witch, and the Wardrobe.

“I love the idea of a not-so-far-away fantasy land, and it inspires my inner child,” said Johnson, who plays the role of Lucy. “The best part of this show is working with a guest director and fellow actors who come from an array of different backgrounds.”

The production opens Friday, November 30, and is directed by Jim Warren, co-founder of the American Shakespeare Center. During his nearly 30 years there, Warren directed 128 productions and helped the organization grow from a traveling troupe into one of the premier theatre companies in the nation.

Warren retired from his post last year and is delighted to be back in the director’s seat at Randolph this fall—and reconnect with one of his former protégés.

“When Randolph College theatre chair Stephanie Earl asked me to direct The Lion, the Witch, and the Wardrobe, I was excited to accept because I had hired her to act, choreograph, and/or direct for the American Shakespeare Center for many shows and seasons over the past decade,” Warren said. “After retiring from the ASC last year, I was thrilled to now have her as my boss.”

Warren has also enjoyed working with the diverse cast of Randolph students and graduates. Several actors and members of the stage crew are new to Randolph theatre, while others are veterans who have starred in multiple productions. Liz Beamon ’20, who plays Aslan, also played Lady Macbeth in Macbeth last year and the title character of Medea in the Greek Play earlier this fall.

“I wanted to be a part of The Lion, the Witch, and the Wardrobe because it’s such a fun show,” Beamon said. “A lot of the times you’re doing work that is very emotionally taxing, so it’s nice to be able to do a show that lets you just enjoy the process. Having an amazing director and cast doesn’t hurt either!”

“I have enjoyed finding the heart of these characters with these Randolph actors, finding the love inside this magical world,” he said. “I think making plays teaches us a ton of stuff that can make our lives richer: the camaraderie, the required teamwork, the commitment, the fun, how to get along with one another, how to follow direction, how to contribute to a collective project. And while it may sound cheesy, I think that experiencing great art can change the world.”

Randolph’s production of The Lion, the Witch, and the Wardrobe is an adaptation by Joseph Robinette. Warren explained that this shortened version will still give audiences all of the best parts of the story in a format that doesn’t try to be a movie onstage with the kind of special effects better suited for films than live theatre.

Tickets: May be purchased at the door or online at http://www.randolphcollege.edu/tickets/ 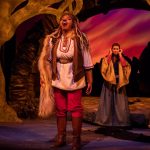 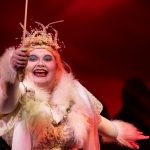 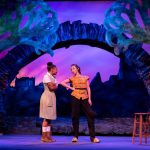 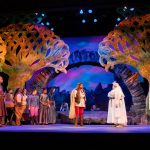 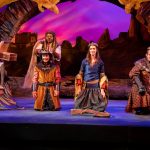 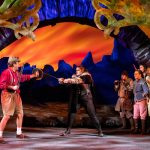