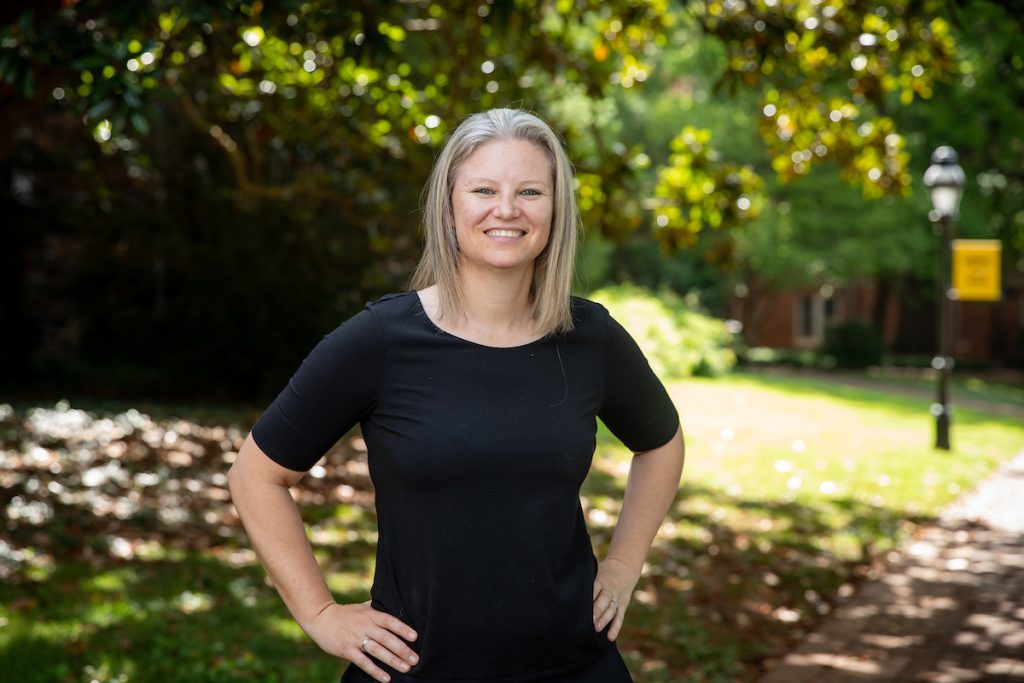 Carly Pearce coached Averett University’s women’s soccer team for eight years. During that time, she led the team to its first USA South Conference championship and NCAA Tournament appearance. In 2012, was named USA South Coach of the Year and National Soccer Coaches Association of America Region Coach of the Year.

Coaching is in Carly Pearce’s blood.

“It’s all I ever wanted to be,” said Pearce, the new assistant director of Randolph’s Master of Arts in Coaching and Sport Leadership (M.A.C.S.L.) program. “When I was 6 years old, I told my mother, ‘I’m going to live in America.’ I knew from a very young age that was my goal. I was watching the U.S. National Women’s Soccer Team, and I wanted to be just like them.”

For Pearce, leading teams and working with student-athletes is all about building relationships.

“It’s the ability to impact and change lives and help people grow,” she said. “You see so much growth within sport. It’s also a platform to help people become better people, really. And there’s so much passion behind sport.”

Growing up in Brighton, England, Pearce played soccer—often as the only girl on her team—and spent Sundays at games with her parents.

She continued her playing career at Northeastern State University, where she studied psychology. After four years as a player, she rejoined the team as an assistant coach while working toward a master’s in educational psychology.

That background has served her well over the years as she coached at the collegiate level and worked her way up through various administrative positions.

“It’s been so helpful not just with coaching but being in the workplace in general,” she said. “Understanding people and their perspectives is really important.”

Another assistant coaching stint with Roanoke College followed before she landed at Averett University, where she was the head women’s soccer coach for eight years.

She eventually transitioned to athletic administration before serving as executive director of Student Services, Graduate and Professional Studies and assistant vice president of enrollment for Averett Online.

“When we were trying to determine who the best fit would be for the assistant director position, it became very apparent that the person must be able to wear a lot of hats while still remaining student-centered,” said Meghan Halbrook, director of the M.A.C.S.L. program. “Carly’s extensive experience in administration as well as coaching was such a natural fit for this new role. She is passionate about programmatic improvements and training the next generation of coaches and leaders.

“Carly stepped into this new role just a couple of weeks ago and has already made meaningful contributions to course offerings, administrative procedures, and accreditation efforts.”

Hiring an assistant director was a crucial next step for the growing program.

“It will enable us to effectively recruit students, create additional practicum and networking opportunities, and provide the type of personalized educational experience that Randolph College is known for,” Halbrook said.

The M.A.C.S.L. program is all about developing the skills and knowledge necessary to make a difference in the lives of athletes.

“The curriculum is built to treat the athlete with respect,” she said. “It’s about developing them, and how you’ve got to mold your coaching, your skills, to help them achieve their goals effectively and efficiently. What works for one athlete will not necessarily work for another. You have to adapt, and you’ve got to constantly recreate your coaching style.”