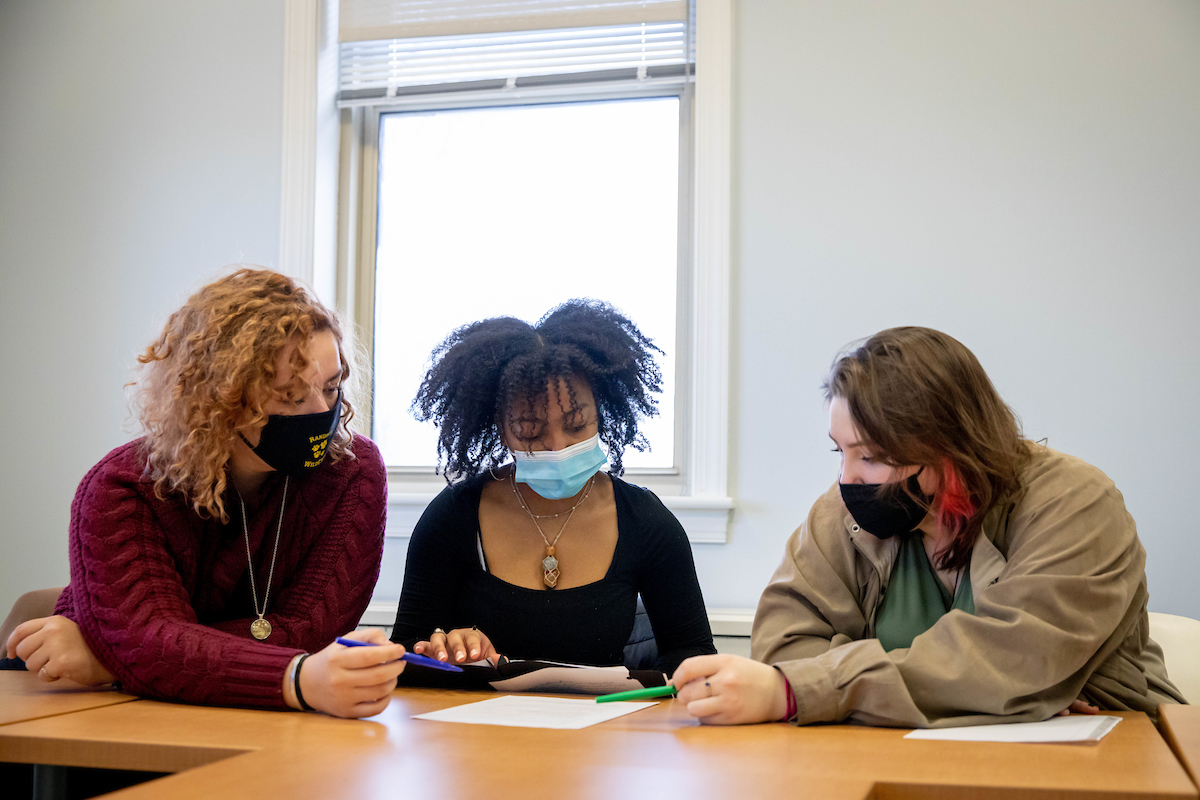 The late January Ethics Bowl practice was conducted over Google Meet, a trio of Randolph students testing their mettle against one of their professors.

Delaney Scott ’23, Jordyn Shumpert ’25, and Sofi Forshey ’24 went head-to-head with political science professor Vincent Vecera, debating whether or not a hospital administrator should require an employee to come to work sick.

Vecera immediately took an aggressive, argumentative approach with the trio, throwing them a curveball they hadn’t yet come up against as they prepared to compete in the Virginia Foundation for Independent Colleges’s 2022 Ethics Bowl.

“That practice was something we hadn’t experienced before,” said Scott, the team’s captain. “This ended up being really crucial to our development as a more confident team and helped us go into the competition ready and expecting a challenge.” 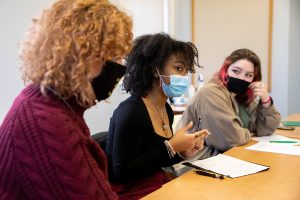 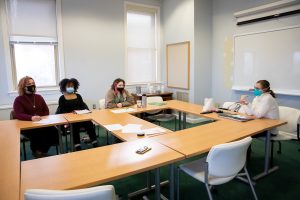 The 2022 Ethics Bowl, held in January, revolved around pandemic ethics—leading to many thought-provoking discussions as the team prepared, arguing cases written by faculty advisors Kaija Mortensen and Jennifer Gauthier.

“It was eye-opening to the ways that, though we know the ethical answer to choose, many times we can’t afford it,” Shumpert said. “A practice example we received involved a single mother who didn’t want to get tested for COVID because it could cause her to lose wages and be evicted if she was positive. Though we argued for getting the test, after that case, we sat for 45 minutes discussing how the amount of resources available to her and may bar her from easily making that decision. That was the hardest to argue and exemplified the issue that many people are making decisions based on survival.”

Randolph’s team went two-for-three at the competition, debating scenarios ranging from whether a small business owner should make her employees enforce a mask policy to if a young grandmother should jump the line to receive her vaccine earlier than others in her age group.

They won their first round against Mary Baldwin University, deliberating over the small business owner scenario and arguing “passionately and persuasively based on their own experiences as employees,” said Mortensen, a philosophy professor.

“Each dilemma we were given had no clear and concise answer, so defending our answer came with extensive deliberation and consideration of possible objections,” Scott added. “You really just have to go with what your team considers the genuinely ethical decision.”

They lost their second round to Randolph-Macon College before winning their third, and final, round against Marymount University.

The team grew with each case, Scott said, coming together as not just teammates but friends.

“During that final round, our team was a sight to behold,” Mortensen said. “They applied every piece of constructive feedback they had received from judges in previous rounds and gave a nearly flawless performance. Their sights are set high for next year.”