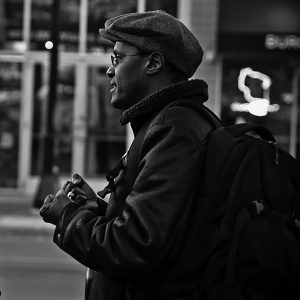 His film, Carnival of Stars: A song for Sonia Sanchez, will be screened at the Maier Museum of Art at Randolph College at 4:30 pm. Tuesday, May 10, followed by a discussion and reception.

Wachanga, a professor of media studies and information science at the University of Wisconsin, is known globally for projects that are “as archival as they are cultural and social activism.” He has interviewed African intellectuals and writers, from Wole Soyinka, winner of the 1986 Pulitzer Prize in Literature, to Sanchez, a poet and leading figure in the Black Arts Movement.

His work examines how memory both informs and troubles debates about the nature of the postcolonial state in Africa, the practice of politics, historical recollection, and imaginative being.

Wachanga has served as a visiting professor of documentation at Princeton University, a Carnegie African Diaspora Fellow, and a visiting CODESRIA professor at the United States International University-Africa.

Some of his archival work is hosted by the Princeton African Humanities Colloquium. In addition to writing for different media globally, he is also a frequent commentator for the BBC and Voice of America.