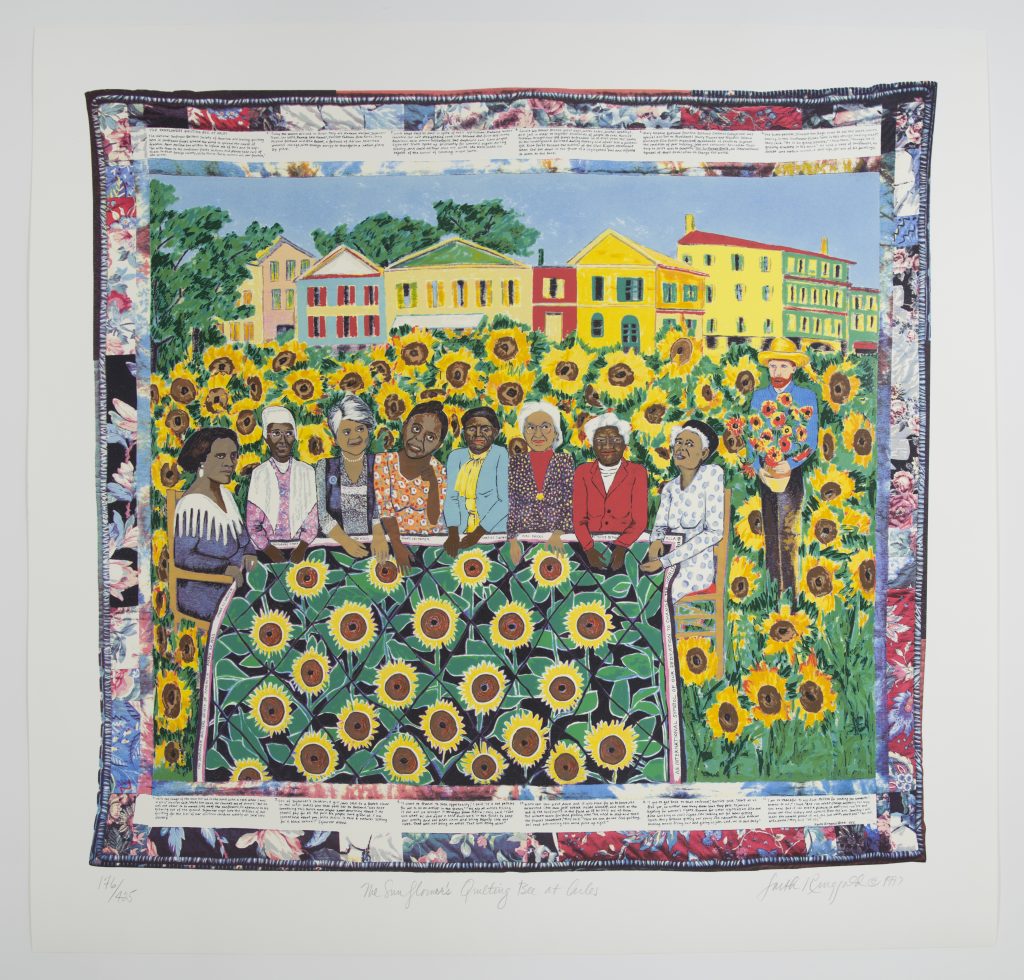 During a 2010 talk at the Columbus Art Museum, artists and friends Faith Ringgold and Aminah Robinson reminisced about their respective journeys, agreeing that art is both a way of life and a way to remember and honor the past.

“You put it in your work and it will live forever,” Ringgold said. “That’s what an artist is. Somebody who records the who, where, why, how of people who they embrace.”

Artists tell stories and, though they were born a decade apart and grew up in different cities, Ringgold and the late Robinson found similar inspirations for the ones they’ve told over the years.

Both were active during the civil rights and feminist movements, as well as the Black Arts Movement of the 1950s and 1960s.

Their work—which will be featured in the 110th Annual Exhibition of Contemporary Art at the Maier Museum of Art at Randolph College—is deeply rooted in a sense of place, influenced by their respective upbringings, while incorporating and addressing the cultural legacy of their African ancestors.

For Ringgold, born in 1930, that place was New York City, where she grew up during the height of the Harlem Renaissance.

Robinson was born in 1940 in Columbus, Ohio, a place so important to her that she left most of her estate to the Columbus Museum of Art when she died in 2015.

“It’s a perfect match, really,” Martha Johnson, director of the Maier, said of the exhibition, which was organized by the American Contemporary Art Gallery (ACA) in Manhattan.

“Their work is really narrative, about memory and history,” she added. “Both explore a lot of different media: drawing, painting, needlework, soft sculpture, textile art, printmaking, quiltmaking. Boundaries didn’t really exist for them in terms of medium. It was dictated by what they were trying to express.”

Both are the recipients of numerous awards and fellowships.

Ringgold has been recognized with two National Endowment for the Arts Awards, a John Simon Guggenheim Memorial Foundation Fellowship, and the Medal of Honor for Fine Arts from the National Arts Club. 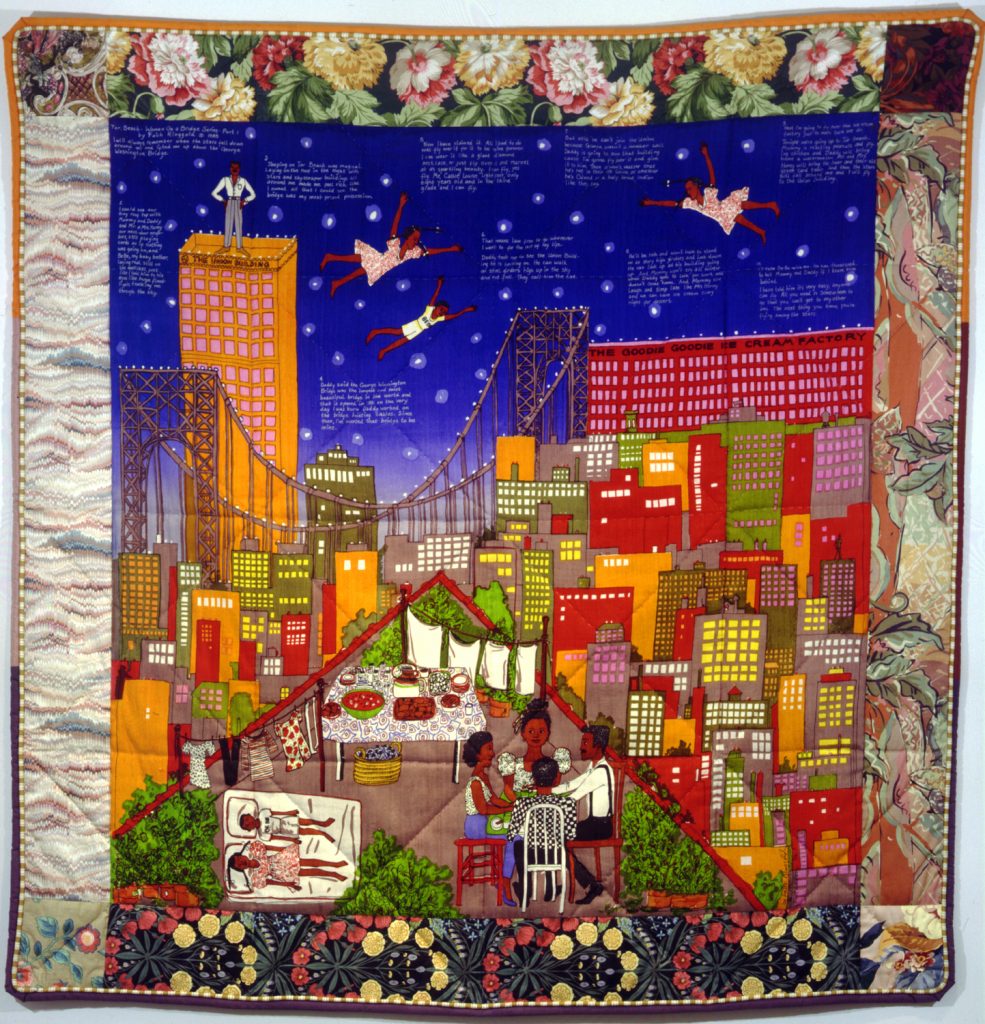 Among the works on display at the Maier is a silkscreen of Ringgold’s Tar Beach (the original story quilt is in the permanent collection of New York’s Guggenheim Museum). Her book of the same name has won more than 20 awards, including the Caldecott Honor and the Coretta Scott King award for best illustrated children’s book of 1991.

Her work is currently the subject of a solo show at the Glenstone Museum in Maryland and will be featured in a retrospective at the New Museum in Manhattan this winter.

Robinson’s art grew from her belief in the African concept of Sankofa, which is about understanding and learning from the past. In 1979, the Ohio Arts Council awarded her a grant to travel to Africa to observe the continent’s cultures and study sites of the slave trade. She also received an Ohio Arts Council award that funded a residency at the Museum of Modern Art’s P.S. 1 and a National Endowment for the Arts Fellowship, both in 1989.

“It’s really exciting to have the duo,” Johnson said. “Our annual has always been a group exhibition with maybe one or two exceptions. It’s enriching when there’s a conversation between more than one artist.”

The exhibition opens with a reception from 5 to 7 p.m. Friday, Oct. 1, and runs through April 1, 2022. Click here for more information.