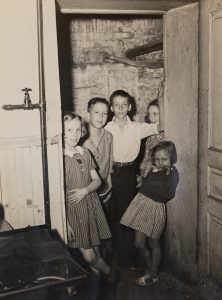 Laura Katzman, a professor of art history at James Madison University, will examine the history of 20th century documentary photography this weekend during the third Sandra S. Whitehead Memorial Lecture. 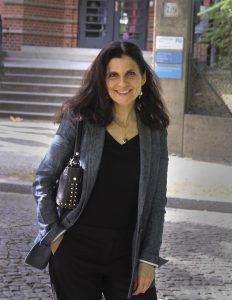 The lecture, Picturing Puerto Rico under the American Flag: The Documentary Vision of Edwin and Louise Rosskam, will be livestreamed from the Maier Museum of Art at Randolph College at 2 p.m. Sunday.

The event can be accessed at https://www.youtube.com/watch?v=Z5-Doka3fNA.

It will focus on a post-World War II photographic project set up by the Office of Information for Puerto Rico. The island government agency was led by the Rosskams, who took inspiration from a now-legendary Farm Security Administration photographic project.

The Puerto Rico series documented the U.S. territory’s shift from an agricultural to an industrial economy at a watershed moment in its history, when the increasingly powerful Popular Democratic Party sought both political autonomy and economic safeguards from the United States.

Katzman will detail how the artists created and disseminated a visual language that engaged the complexities of the island nation, including its colonial legacy in the context of U.S. imperial ambition, and how they negotiated their shifting roles in a fraught political landscape.

The event is a homecoming of sorts for Katzman, who was an associate professor of art and director of museum studies at the College from 1995 to 2007.

She recently served as the 2018-2019 Terra Foundation Visiting Professor of American Art at the John F. Kennedy Institute for North American Studies at the Freie Universität Berlin. She is also the recipient of prestigious fellowships from the Smithsonian Institution, the National Gallery of Art (CASVA), and the Fulbright Foundation.

This lecture series is supported by the Honorable Paul Whitehead, Jr. and was established in 2018 in memory of his wife, Sandra Stone Whitehead