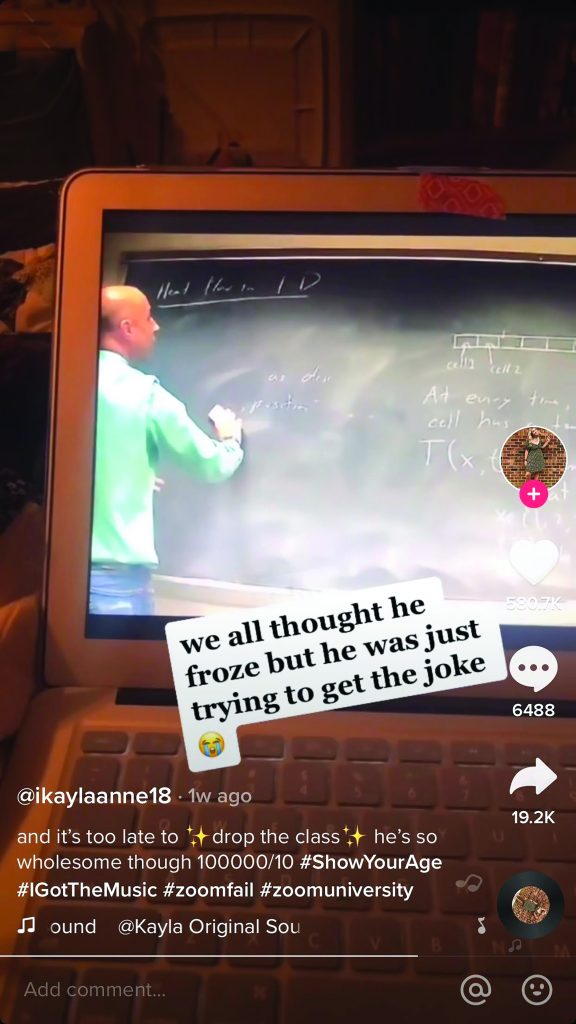 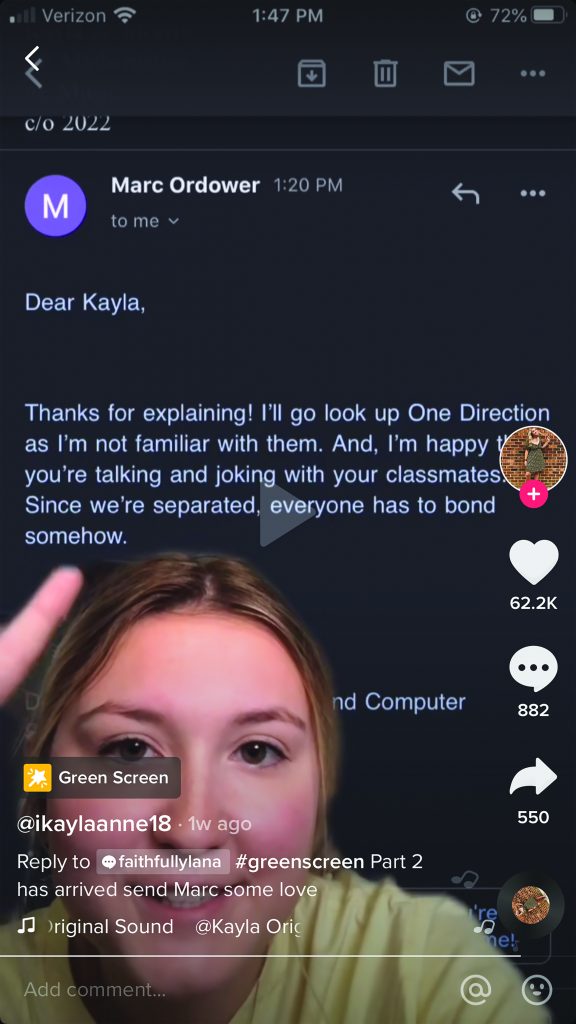 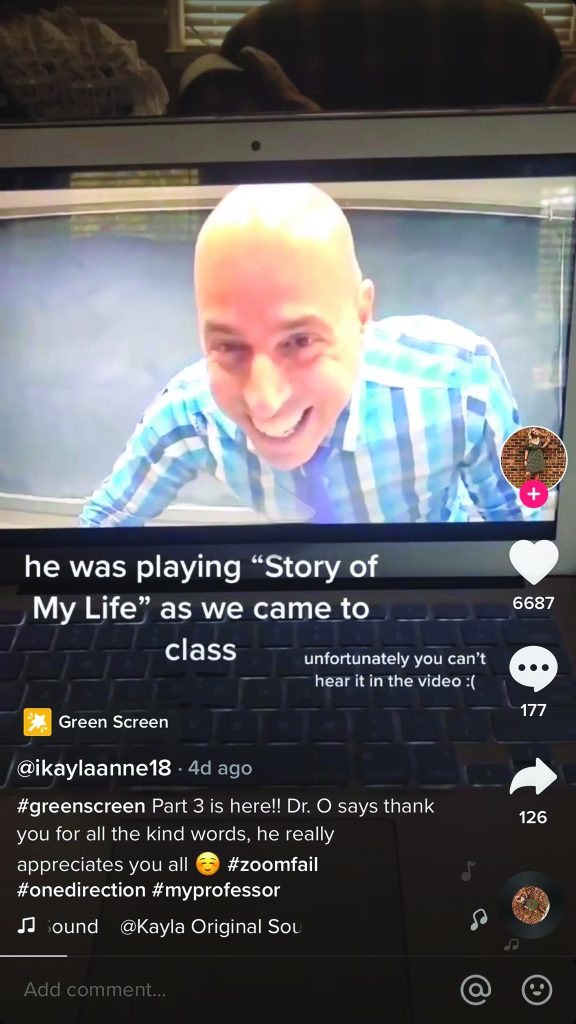 It isn’t unusual for Randolph College professors to be recognized nationally. Usually, though, it’s for their research or other expertise.

This fall, one Randolph professor got a taste of what it’s like to go viral on one of the most popular social media channels in the world—TikTok.

A charming, but accidental interaction made Marc Ordower an internet sensation recognized not only on TikTok, but in several online media outlets around the world.

Ordower, a math professor, was teaching class one day in a live format when Kayla Morris ’22 inadvertently sent a classmate a voice file that she thought was private. Turns out, it wasn’t.

“One dimension—you mean One Direction,” Morris said in the recording, referencing the “1-D” Ordower wrote on the blackboard for his lecture.

He meant one dimension, but Morris couldn’t resist making a joke about the British boy band.

Hearing her voice, Ordower stopped in his tracks, unsure of what had happened. At first he thought someone had a question and stopped to figure it out. He paused for so long the students thought his video feed had frozen.

“I thought I’d made a mistake on the board,” Ordower later recalled. “Then when I was informed it was a joke, I really needed to know what the joke was. To me, everything in life is like a puzzle to figure out, and I really wanted to know.”

Morris tried to speak up in the moment, but her classmates encouraged Ordower to continue on with the lesson. She emailed him later that day to apologize and explain the reference. Ordower responded kindly, saying he’d look up the band.

He started the next class with his own joke, playing a One Direction song as students logged in.

Morris, who’d seen posts about similar blunders, shared video from the original class on TikTok and was shocked at its popularity, even appearing in the Daily Mail, a British publication.

“At first, accounts on Instagram that post funny videos started messaging me asking to repost it,” she said. “But when it got to the news outlets, it was insane. I don’t know if it was by the next class or the one after, but by then it had gotten 1.5 million views.”

It now has 2.5 million views, and the two follow-ups she posted featuring email exchanges with Ordower together have netted another 350,000.

The original video was appealing because it wasn’t staged, Ordower said.

“This was just sort of natural, and she happened to recognize it would be of interest to people,” he said. “She framed it very kindly. Right now, with so many acrimonious public situations, people are looking for a little bit of kindness. People just followed the tone that Kayla set.”

They were also charmed by Ordower’s good-natured response.

“I told my class at the beginning of the semester that I wanted them to talk to each other in the middle of class. I encouraged them to do this,” he said. “I was happy she was talking and joking with her classmates. Bonding with your classmates, feeling like you’re part of a class and part of campus, is more important than ever right now.”