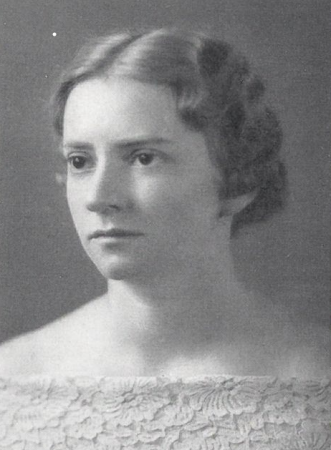 Randolph College has been awarded $30,000 from the Barbara C. Noyes Charitable Foundation, Inc., to support the Annual Fund for Step Up to Physical Science and Engineering at Randolph (SUPER).

Created in 2010, SUPER is a four-year program that provides scholarships to a select number of students each year. It includes academic services, tutoring, special mentoring opportunities, and career guidance support for those interested in science, math, engineering, and technology. It also includes a two-week college transition program held just before classes start in August, which offers participants a head start on their coursework.

“This investment will not only have an immediate impact on the quality of education for current Randolph STEM students, but it is also an investment in the future of scientific discovery and in keeping with the legacy of Dr. Barbara Noyes and her lifelong commitment to excellence in science,” said Tamara Jamerson ’95, Annual Fund director.

A highly respected physician who practiced medicine in New Jersey, Noyes earned a degree in biology from Randolph-Macon Woman’s College and a master’s in chemistry from Columbia University. She worked in research in the biochemistry department at Columbia and later worked at Mount Sinai, specializing in immunology.

During World War II, Noyes worked as a chemist and participated in the development and patent of the soluble form of vitamin B. Her medical research inspired her to become a physician, and she went on to graduate from Albany Medical College in 1949. She was a member of the Medical Society of New Jersey, the Medical Women’s Association, and served on the executive committee of Essex County Planned Parenthood.