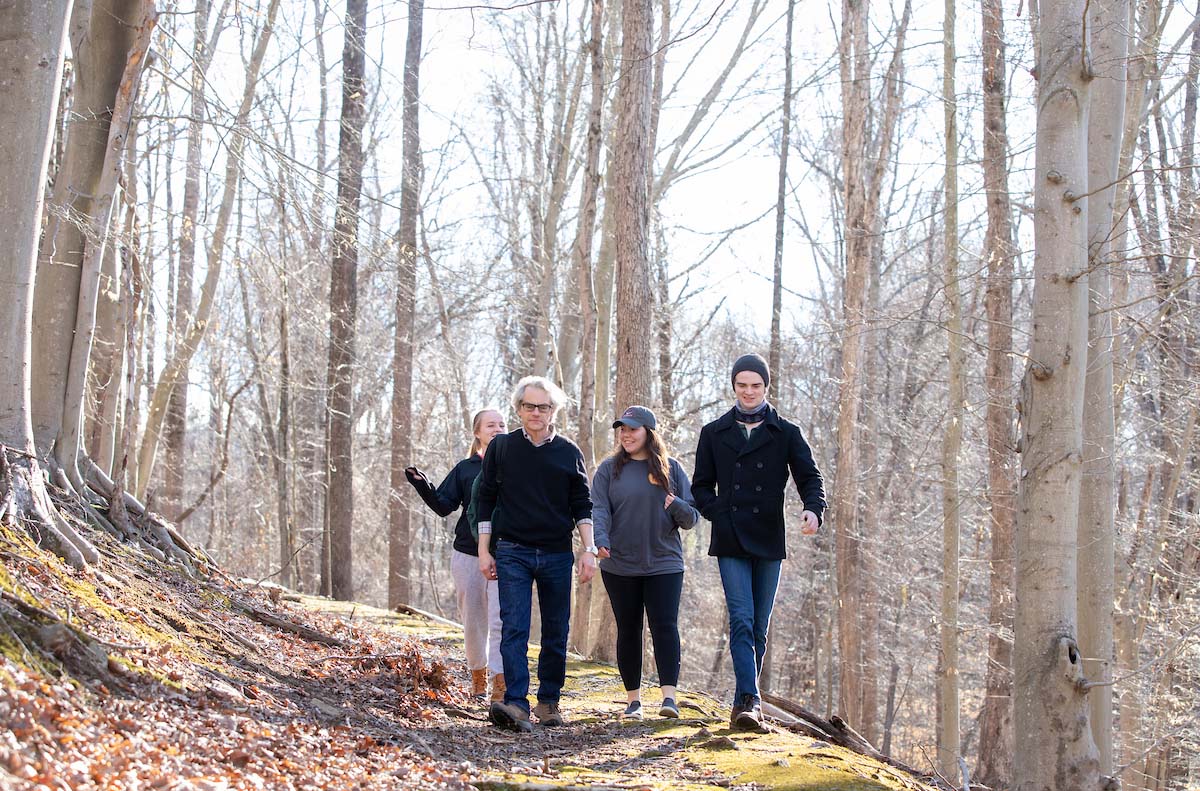 Thirty years ago, as the world watched the Berlin Wall come tumbling down, few people were thinking about what this massive change would mean to the 7500-mile border, called the Iron Curtain, that ran from the Barent Sea all the way to the Adriatic Sea. The strip of land was edged by electrified steel fences with land mines, razor wire, and other deadly instruments designed to keep people out. David Schwartz, a philosophy professor, works with students on back campus.

Virtually untouched for the 45 years of the Cold War, this “no-go zone” was one of the most environmentally preserved areas in all of Europe. As Europe reunified, environmentalists worked to maintain it using a concept called rewilding. This is a progressive approach to conservation that focuses on letting nature take care of itself, which enables natural processes to shape land and waterways, repair ecosystems, and restore degraded landscapes. The ultimate goal is to create wilder, more biodiverse habitats.

Randolph professor David Schwartz, who spent the summer researching rewilding in Europe, was able to spend time in this area, where the remaining German watchtowers stand as stark reminders of the past alongside the natural beauty of what is now the Elbe Biosphere Reserve.

“Rewilding is an optimistic environmental approach that aims to help nature repair itself,” he said. “The German Green Belt is especially noteworthy because it also celebrates an end to decades of political repression and division.”

Schwartz first began researching rewilding while serving as a visiting scholar at the University of Mexico. Since that time, he has observed areas such as the Elbe Reserve, the Taurus Breeding Program, and the Oostvaardersplassen Nature Preserve in Holland.

While visiting the Green Belt of Germany, he learned about how wolves have reintroduced themselves into the area—a development that has been met with praise from those in the city and criticism from those in the country who must deal with the presence of the wolves.

“That is one of the fascinating aspects of rewilding,” Schwartz said. “Sometimes it asks us to tolerate a little danger.”

The Rewilding Institute has already published two of his essays, and Schwartz has plans for more travel as well as a book. David Schwartz and students on back campus.

His current research is a study on how humans factor into the process of rewilding and how they can coexist with nature. “It needs to be forward-looking and take into account what was here in the past,” he said. “What we especially need moving forward are small-scale community projects that help local ecosystems.”

Schwartz shared his research with Randolph students during a philosophy senior seminar class this spring. They looked at areas on campus where native plant species could be reintroduced and explored ethical issues that could arise from removing invasive species, such as the bamboo growing behind the softball field. The students also used trail cameras to document which species of wildlife currently live on back campus.

“I love the idea of applying philosophical principals to the real world, especially here on campus,” said Hannah Overstreet ’20, one of Schwartz’s students.

That’s exactly what Schwartz hoped his students would get out of his class.

“What you do in your own back yard does matter,” Schwartz said. “You can make a big difference, just by what you plant and what you remove.”