If you had asked Dr. LaShawn Worsley McIver ’98 when she was 14 what her ideal job was, she would have quickly told you a traditional primary care physician working in a small, rural area or for Doctors Without Borders.

At Randolph, she chose to major in sociology and minor in biology. “Physicians who are the most successful are those who understand people and try to understand the communities from which their patients come and the cultural influences on their health,” she said.

But it wasn’t until she spent time in Israel and Kenya as part of an international health and medical program through Columbia University and the Ben-Gurion University in Israel that she realized she wanted to head in a different direction.

“What I found out when I had my first opportunity to really, truly work in a country where there were so many challenges within the health care system was that no matter how hard I would work as a clinician, there was no way for me to really have an impact on the health of that country without taking a bigger step back and looking at the systems in place,” McIver said.

“I was taken aback because I had this one view of what I wanted to do, and then I left Kenya feeling like there had to be another way to have the impact that I wanted.”

So while others were heading out to establish medical practices, she went back to school and earned her master’s degree in public health from the Johns Hopkins Bloomberg School of Public Health.

“I could have gone the traditional route,” McIver said. “But looking back over my life, it’s been so enriched by so many different opportunities and experiences. I credit Randolph-Macon for instilling in me the courage to take my own path and to take my own journey.”

After earning her degree, she shifted her focus to population level health and served as a director at the Baltimore City Health Department and later as an inaugural HIV/ AIDS fellow for the Congressional Black Caucus’ Center for Policy Analysis and Research.

Over the course of her career, she has led numerous public health initiatives at the local, state, and national level including efforts impacting diabetes, HIV/AIDS, and adolescent health.

Her winding path eventually brought her to her current role as senior vice president of Government Affairs & Advocacy for the American Diabetes Association.

Here, McIver is able to combine all of her passions and expertise as she oversees the federal, state, and local health policies that are geared toward people with diabetes. Health insurance, prevention, increasing access to health care, discrimination, and issues related to the FDA are just a few of the areas she covers.

“I get to drive the entire public policy legislative and regulatory agenda for the entire association,” she said.

“It’s really been one of the most rewarding opportunities and experiences I could have imagined.”

The people she meets who are struggling with diabetes are what push McIver to continue the fight to stop diabetes.

“It is one of those diseases that touches almost every system in your body, and if you can get the right tools and resources in place, it’s going to help so many people,” she said. 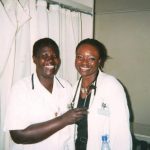 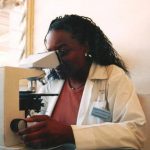 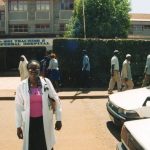 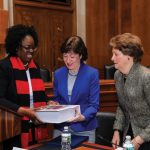