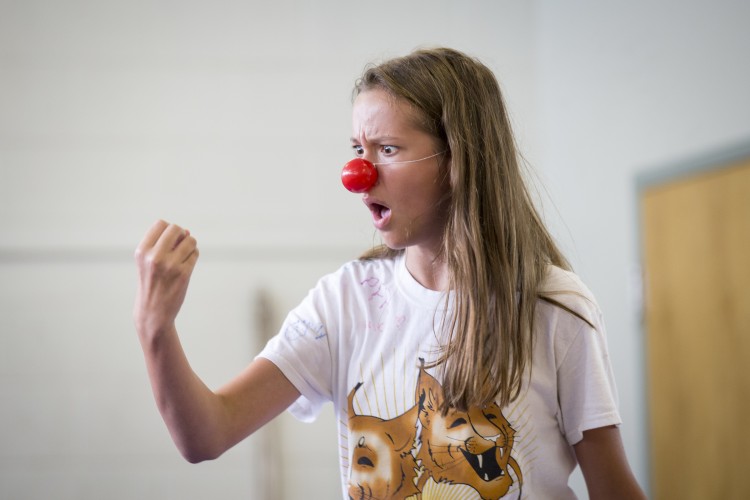 Laughter and cheers echoed throughout Thoresen Theatre as participants in Randolph’s WildCat Theatre Conservatory deliberately high stepped and stumbled their way to the stage to receive an honorary, red nose. The students—ranging in age from third through sixth grade—had to earn the nose as part of their clowning class. The class is a new addition... READ MORE >> 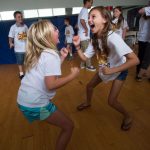 By Jessie Pounds, News & Advance Reprinted with permission Crazy toes, friendly elbows and greedy fingers all got a chance to act out during a clowning class at Randolph’s WildCat Theatre Conservatory on Monday. This is the fourth year for the summer camp program, aimed at kindergarten through 12th-graders. The two-week camp typically offers classes... READ MORE >>