The Art of Life: Derrick Woods-Morrow ’12 uses artwork to open dialogue across the globe 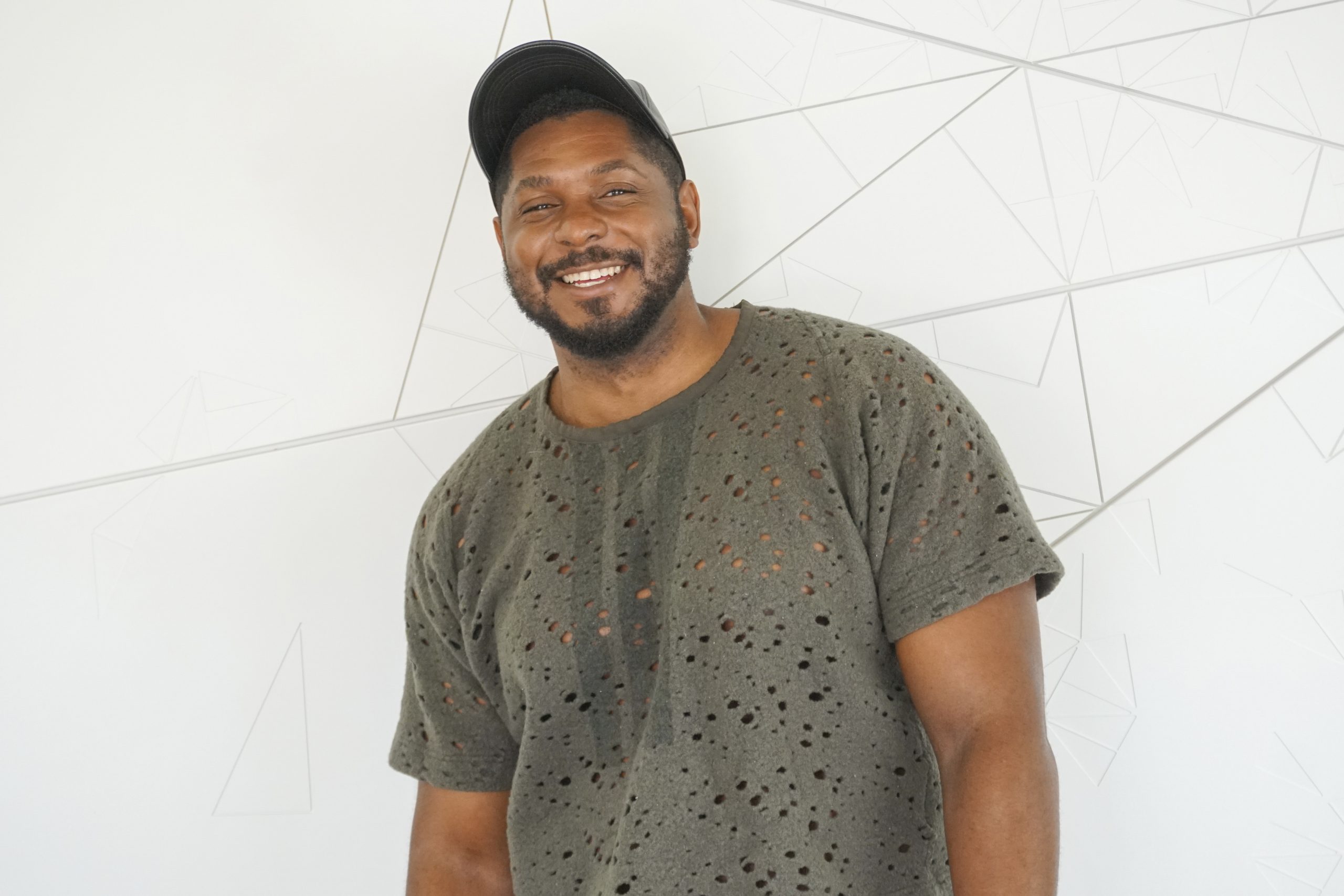 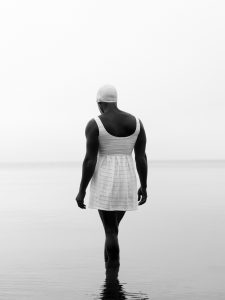 Derrick Woods-Morrow’s Frederick on Lake Pontchartrain | After Lincoln Beach. Courtesy of the artist.

The work of artist Derrick Woods-Morrow ’12 has taken him all over the world—from his native Greensboro, North Carolina, to New York’s Fire Island to Stockholm, Sweden, South Africa and the U.K.

This winter, he visited Stockholm to take part in a community improv performance put together alongside a group of mostly strangers in just 48 hours.

He’ll be back on campus Saturday, Sept. 24, to give the Maier Museum of Art at Randolph College’s Outten Visiting Artist Lecture, set for 2 p.m. The College recently acquired three of his large-scale photographs, which will also be on view.

For Woods-Morrow, the actual process of creating—be it a photograph, sculpture, film, installation, or live performance—has become as important to him as the final product.

“What was just an art piece now has a contract attached to it where people who I photograph get dividends from the work,” he added. “Or the contract I have people sign makes them collaborators, instead of someone who is an object of my camera—an interlocutor. Now they have agency in it. When I sell editions of my work now, certain editions can only be purchased by Black collectors. It’s built into the work because of the dialogues I’ve had with different people. I’m trying to think about how objects and things have various cultural economies beyond monetary transaction.” 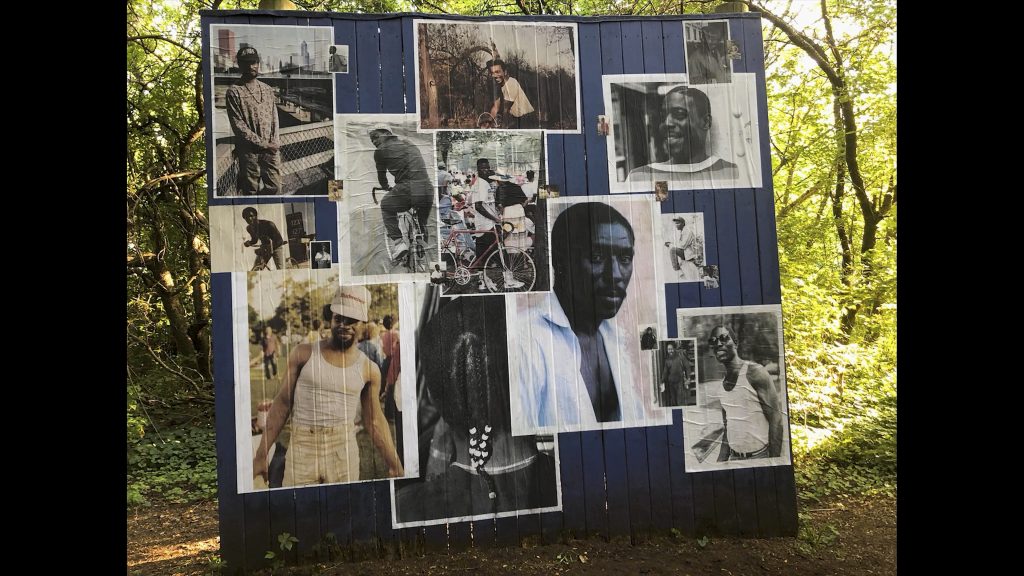 This collage was included in Derrick Woods-Morrow’s short film “Much handled things are always soft,” which was commissioned by Visual AIDS for STILL BEGINNING: The 30th Annual Day With(out) Art.

At Randolph, Woods-Morrow majored in art while playing for the men’s basketball team.

As is the case with so much of his work, his artistic vision grew out of a variety of disciplines made possible by Randolph’s liberal arts curriculum. He took philosophy classes, studied the writings of French essayist Roland Barthes, and learned about anarchists and activism through the beat poetry movement.

He began taking photographs after a friend gave him a camera. And he quickly discovered solace in the darkroom as he explored not just his own work but also who he was.

“I was, quite candidly, in the closet as I played college basketball,” he said. “As I got a little bit older and less bashful about that, it became part of the work—a process of developing photographs and my relationship to myself. That has sort of been in my work, in many ways, since I came to celebrate it and recognize it. But it really started at Randolph.”

The work he creates today explores Black sexual freedoms and the complicated histories concerning access to those freedoms. The work is “a meditation on deviation and disruption,” he says in his bio, “on language and representation, on growing up in the American South.”

Woods-Morrow, who earned a post-baccalaureate certificate from the Massachusetts College of Art & Design in Boston and an MFA in photography from the School of the Art Institute of Chicago, currently teaches painting, textile, and sculpture at the Rhode Island School of Design, where he holds a Schiller Family Assistant Professorship in Race, Art, and Design. 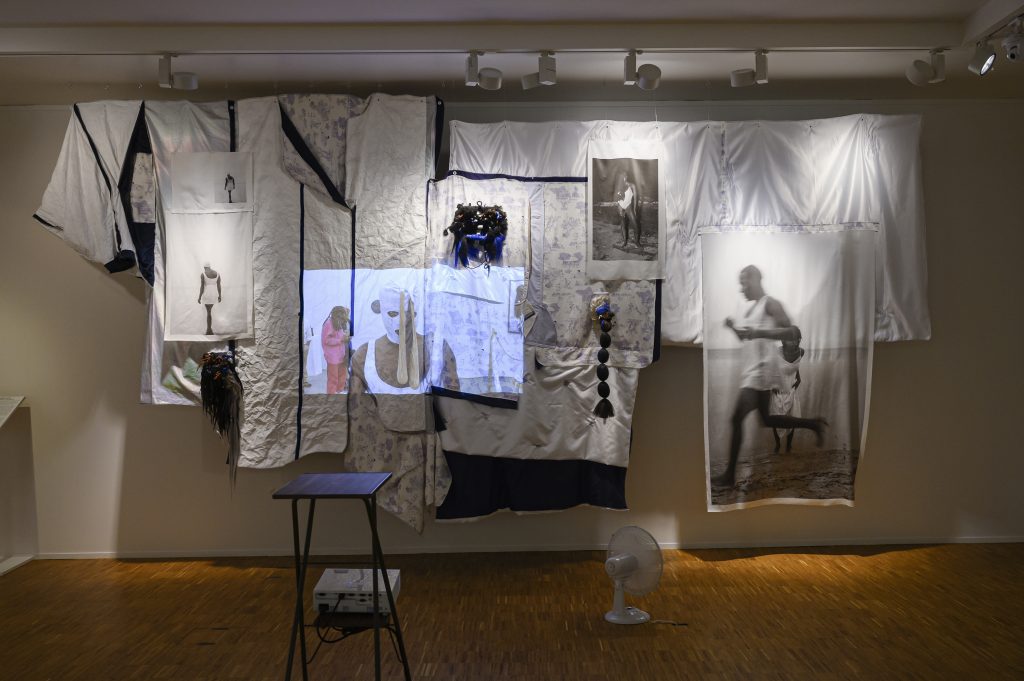 When he first set off for Boston, about a year after graduating from Randolph, he didn’t know where it would lead him. He just went and began forming a life for himself.

The journey hasn’t always been what he expected, but he wouldn’t have it any other way.

“Almost everything fruitful that has happened in my life since graduating has happened with well-intentioned, but happy, accidents,” he said. “I am so appreciative of being able to navigate the world in this way because if we don’t learn that it is possible, we’ll never do it—we’ll never learn how to be present with ourselves. I would not be the person I am today if I didn’t let myself live and be conflicted at the same time.”