For the Love of the Game: New athletic director passionate about helping student-athletes grow–in sports and in life 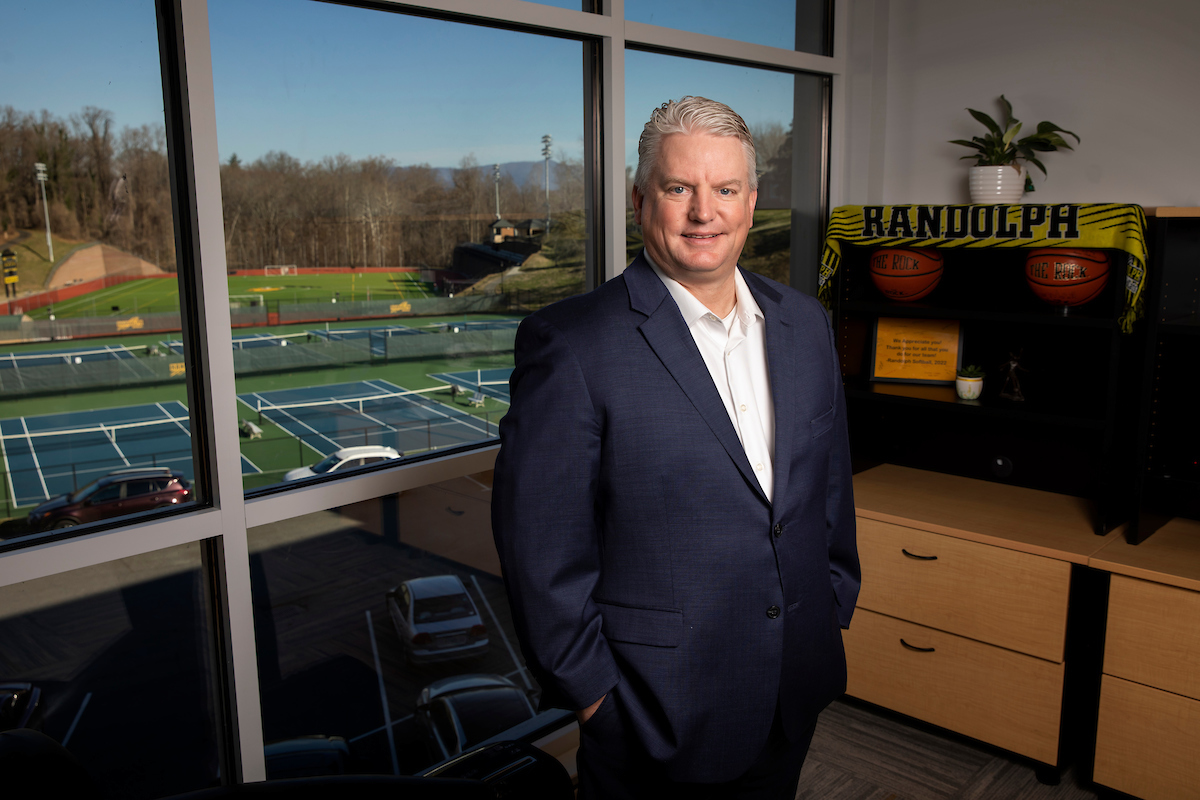 Tom Galbraith took over as Randolph’s director of athletics in December.

Tom Galbraith compares a higher education institution to the hub of a bicycle wheel—each department is its own spoke working toward a common mission.

“We all work together to keep that wheel spinning and the institution moving forward,” said Galbraith, who took over as Randolph’s director of athletics in December. “I see athletics as an educational component of the mission. While our delivery methods are different from a classroom setting, there are things you can extract from your experiences as a student-athlete and put those into your everyday life, not just when you graduate, but every day here on this campus.

“That’s always been my focus as a leader in the athletics world,” he added. “To make it more about life in general.”

Galbraith brings decades of experience at all levels of both the NCAA and NAIA to Randolph’s growing athletics program, mostly recently as director of athletics for Simpson University in Redding, California. He spent five years there, leading the school through unprecedented growth in its athletic programs.

“Tom has a great understanding of Division III athletics and the role of the scholar-athlete,” said Bradley W. Bateman, Randolph’s president. “He has extensive and successful experience at increasing athletic recruitment, and we believe he is an excellent fit for our program.”

Galbraith arrived at Randolph on the heels of a breakout season for the men’s soccer team, which made its first ODAC championship game appearance since 2015. This spring, the women’s basketball team also recorded its best season in school history.

As athletic director, Galbraith is committed to building on both those successes and the growth of the entire program, noting that athletics can be an enrollment driver for the school.

“Kids are attracted to the opportunity to do something they love. Here, not only do they get to do that, they get a high-quality education,” he said. “I want our student-athletes to understand what it means to be a WildCat.”

A native of Iowa, Galbraith and his wife, Janelle, have Central Virginia ties and met at the University of Virginia. They have three daughters, ages 12, 18, and 21.

Throughout his career, Galbraith has been drawn to smaller institutions, where student-athletes have a much different experience than at larger schools.

He served as the assistant director of athletics for communications at Radford University, assistant commissioner with the Southwestern Athletic Conference in Birmingham, Alabama, and as an assistant athletics director at Alabama A&M, all at the NCAA Division I level. He also spent time in various athletics administration roles at Longwood University in Virginia, Loras College in Iowa, Lewis & Clark in Oregon, and Whitworth University in Washington.

“I’ve always viewed myself as a small-school guy. I think we do athletics better in this setting, at this level,” said Galbraith, who earned his bachelor’s degree in communication studies and sports administration at Iowa’s Simpson College. “I align that connection a lot with my decision as an 18-year-old. I chose a DIII environment because I played basketball and golf, and that was the only place where they allowed me to do both.”
He also edited his school newspaper, worked in student development, and was active in Greek life, what he terms a full student-athlete undergraduate experience.