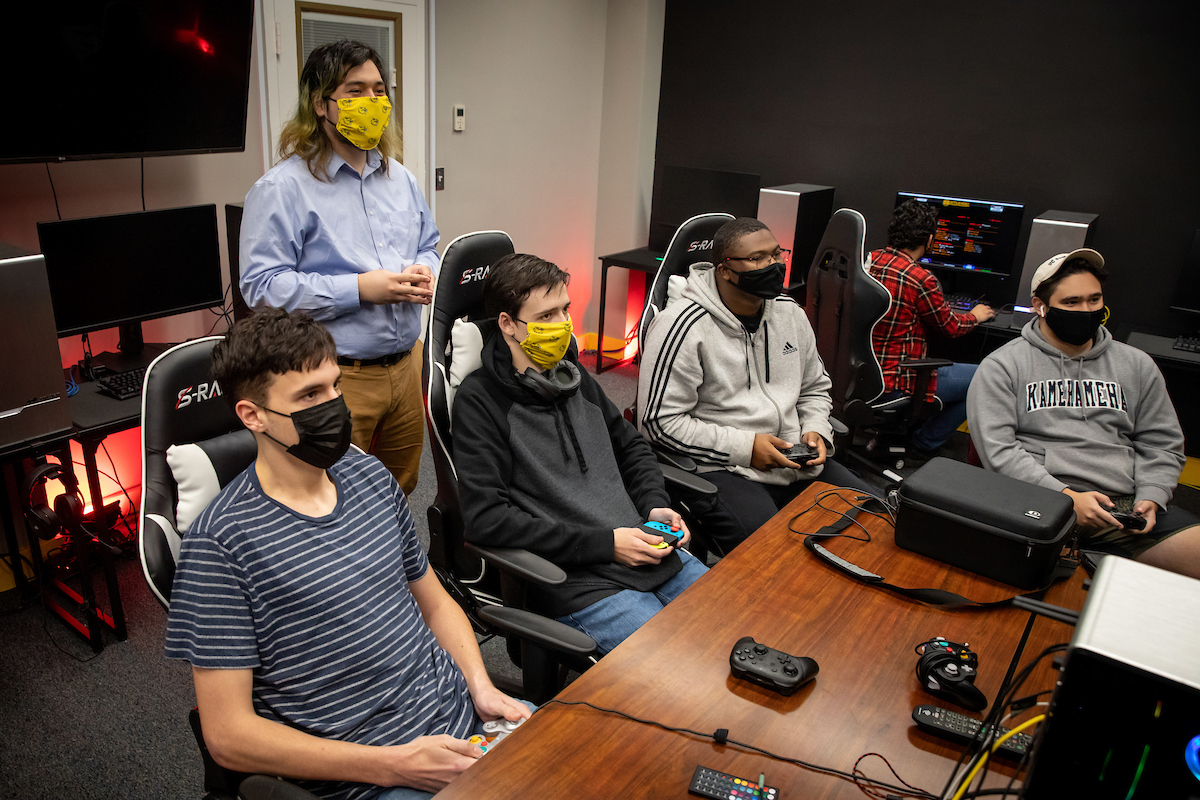 Lucas Scott kept busy during his college career at the University of Delaware, double majoring in political science and philosophy while leading an a capella group and taking on an instrumental role in the formation of what would become the school’s esports program.

“I split my interests in college and ended up in Delaware’s competitive video gaming club, where I was, throughout the years, captain, coach, manager—a whole bunch of different titles,” said Scott, Randolph’s new esports coach. “Eventually, after we had a little bit of competitive success, we started advocating to the university, looking for more support.”

As the club’s popularity grew—it soon would become the university’s third largest—and facilities improved, talk shifted to making it official. Four esports teams were formed, and a new arena unveiled.

“We were told that the University of Delaware wouldn’t have an esports program without Lucas,” said Chris Lemasters, Randolph’s dean of students. “While he was working with the program there, they doubled the number of students who were involved. He has an ability to connect with faculty and staff while making connections in the gaming community as a whole.”

After graduating in 2020, Scott went to work for Nerd Street Gamers, a national network of esports facilities and events for competitive gamers. He ran online tournaments, doing everything from scheduling and registration to managing brackets and handling cheating disputes.

He also led some gaming-focused summer camps and joined with other professional tournament organizers to create online content during the early days of the pandemic.

“We heard very good reviews about his work running gaming events and his ability to help all levels of gamers,” Lemasters said.

Terrell Rorie ’22, a member of the team, said Scott is laser-focused on building a solid gaming team and community.

“He gives us great advice on how to improve our gaming skills,” Rorie said. “It’s almost like he’s a teammate instead of a coach. He cares about the players, not just winning.”

At Randolph, Scott and the team are able to take advantage of a brand new esports lab and arena, funded by a grant from the Virginia Foundation for Independent Colleges. The first-floor lounge space in Bell Hall includes an upgraded electrical system, ergonomic gaming chairs, and new computer equipment.

“Esports is getting more and more popular,” Rorie said. “I can see it as the next big sport, on the same level as football or basketball. It’s a good way to bring students here. It puts Randolph on the map.”

This spring, Scott has hosted gaming nights in the arena that are open to all students. The students, he said, are passionate about all types of games, from role-playing to team-based tactical titles.

Nearly two dozen students have also been competing against teams from other colleges and universities through the National Association of Collegiate eSports league and the Collegiate League of Legend leagues, playing Super Smash Bros. Ultimate and League of Legends, respectively.

“It requires a lot of work,” Scott said. “To be in national contention, it involves a very rigorous practice schedule and attention to detail.”

The skills students need to be successful in esports will serve them well both in and out of the game.

“It provides a space for team building, problem solving, and equal competition for students who may have not been allowed those experiences in the past,” Scott said. “Accessibility is an important goal of esports. Having a space where anyone can walk in and join is a crucial first step toward making it an equal playing ground for gamers of all types.”