Heat of the moment: Randolph participates in statewide project looking at climate vulnerability 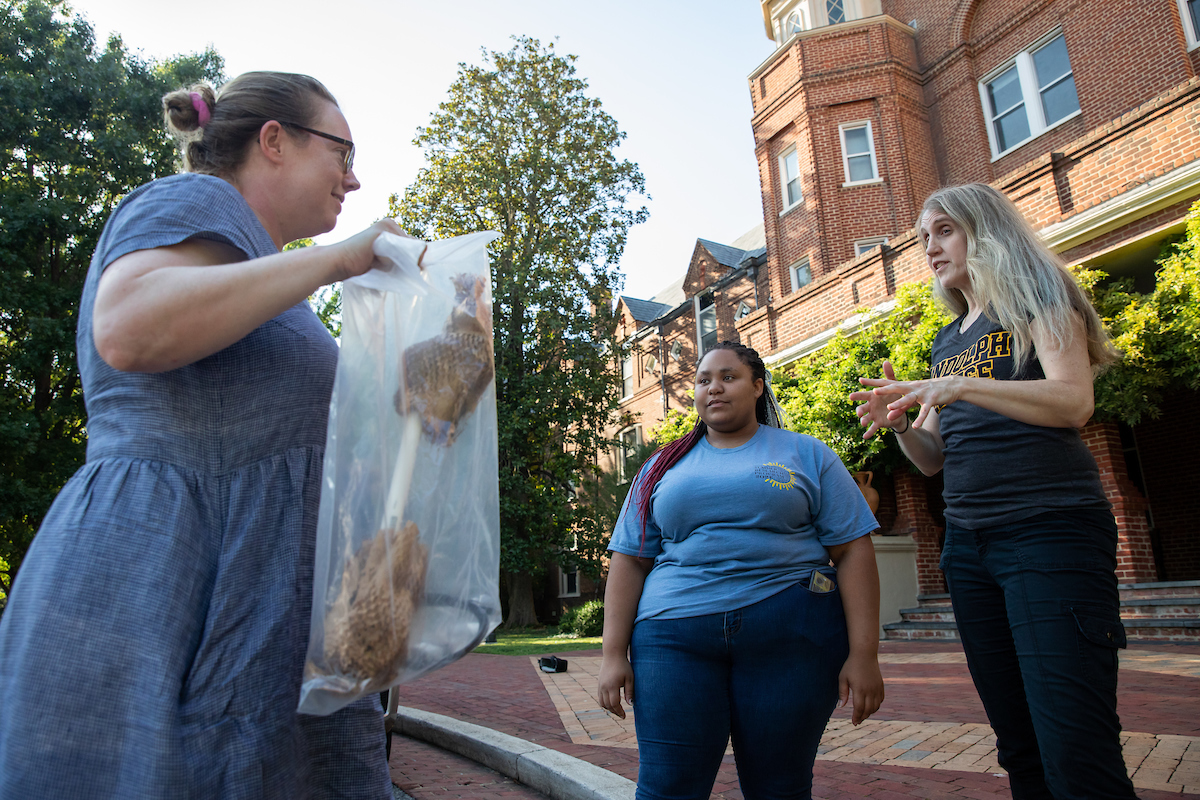 Shae Starks ’22 and Karin Warren distribute sensors during the Heat Watch campaign in July. Randolph was one of 12 institutions from the Virginia Foundation for Independent Colleges (VFIC) that recently participated in the project, a collaborative effort to map and analyze where residents are most at-risk during heat waves.

Spread across several communities in Virginia, the specially designed routes covered a variety of terrain, from green spaces to industrial areas to neighborhoods. The statewide organizers of the Heat Watch project paid extra attention to locations deemed vulnerable to heat.

In Lynchburg, volunteers—led by Randolph professor Karin Warren and Shae Starks ’22—drove the designated routes, while in other areas of the state, they biked and walked them. 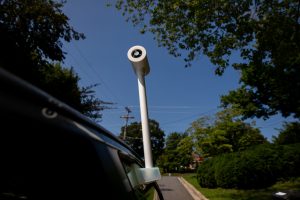 Thermal sensors were attached to their cars to collect temperature, humidity, and location data at three different times throughout the day.

No matter the location, the goal was the same: to measure temperature and humidity in various communities on a high heat day.

“An essential piece of resilience planning is understanding how climate risk and vulnerability are experienced in our community,” said Warren, Randolph’s Herzog Family Professor of Environmental Studies and Science.

Randolph was one of 12 institutions from the Virginia Foundation for Independent Colleges (VFIC) that recently participated in the Virginia Heat Watch project, a collaborative effort to map and analyze where residents are most at-risk during heat waves.

Warren was part of the core team that developed the project with the VFIC’s research committee and Starks, a chemistry major with a minor in environmental science and analysis, was a natural partner.

“Shae is a great interdisciplinary thinker,” Warren said. “She’s passionate about the application of climate science to social justice and how that intersects with city planning, addressing what risks exist in our communities, how they’re different for different groups, and how we can develop solutions that are equitable.”

That’s exactly the goal of Virginia Heat Watch, which the VFIC plans to continue for the next two to five years. Previous heat mapping studies have shown that historically red-lined areas in cities are most vulnerable, and they expect similar results from this year’s project.

Warren and Starks organized the campaign for Team Lynchburg, which also included participants from other colleges in the area, as part of Randolph’s Summer Research Program.

Volunteers used procedures and equipment developed by Portland-based Climate Adaptation and Planning Analytics (CAPA) Strategies for the project. In Lynchburg, thermal sensors were attached to their cars to collect temperature, humidity, and location data at three different times throughout the day. 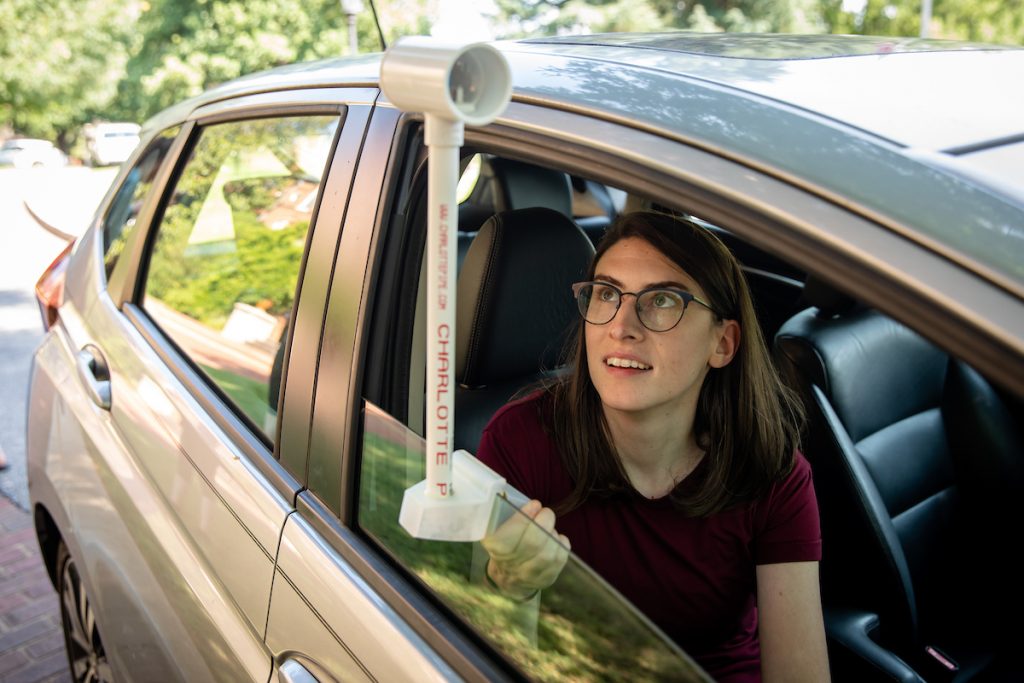 Kelsey Molseed, Randolph’s research and instruction librarian, participated in the project this summer, accompanying Warren at various points throughout the day.

Warren drove one of the routes herself, while Starks remained the point person on campus for volunteers.

All of the information was then sent to CAPA Strategies for processing, data Warren and Starks expect to see before the end of the year.

Their work continued in Warren’s Climate Dynamics and Global Change class this fall. Starks and her classmates studied the subject and began developing initiatives that could mitigate the health impacts of heat. One strategy involves working with the city to design a prioritized tree planting program in regions of Lynchburg that have a low “tree equity” score and high heat risk.

They also created a Google Site website for the project that was part of their Virginia Heat Watch presentation during the College’s annual Mid-Atlantic Regional Conference for Undergraduate Scholarship in October.

For Starks, the entire experience has influenced her future plans.

“I’ve talked to some professors about this, maybe being an environmental urban planner, where I focus on creating more green spaces or energy use, and how we can be more efficient while using less energy in some buildings,” she said.

“It’s going to be a long process,” Starks said, “but I’m really excited to see it all come to fruition.”