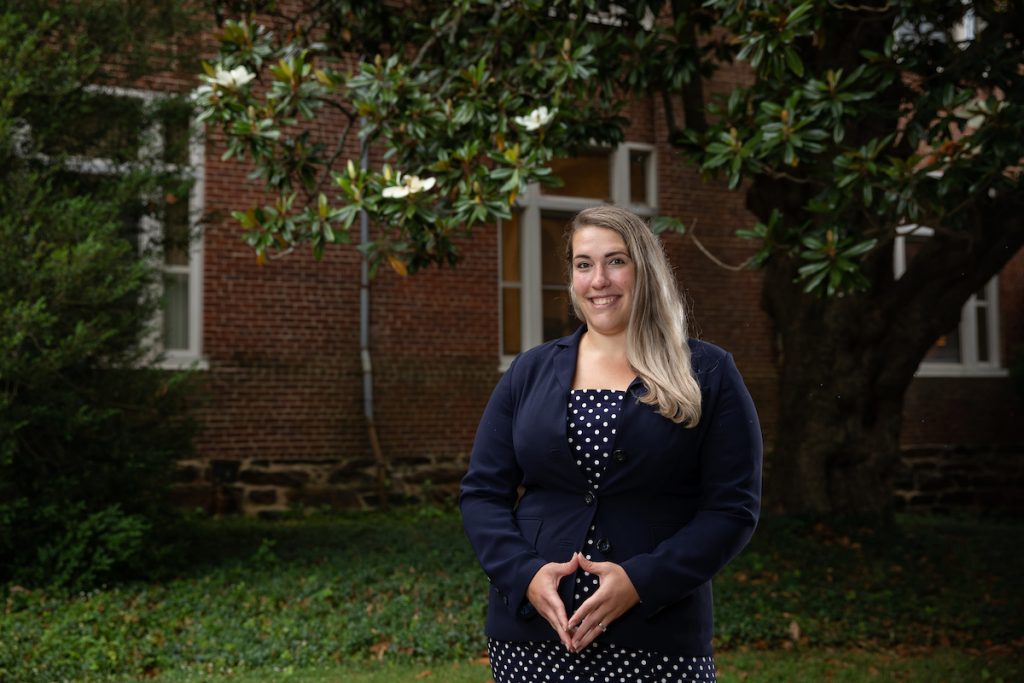 Tamara Kosic’s career has taken her all over the world, including a stint with the United Nations tribunals. Now she’s bringing her legal expertise to Randolph as the College’s new Title IX coordinator. She begins July 1.

Kosic has worked all angles of the law: prosecution, defense, pre-trial judge, and victim lawyer. She fully understands the need for due process and transparency with any actions taken.

Throughout her career, she carved out a niche working with victims that began during her time with the International Criminal Court (ICC) in the Netherlands. The court investigates and tries individuals charged with genocide, war crimes, and crimes against humanity. As a legal consultant, Kosic worked with rape victims from Kenya and analyzed issues regarding victim status.

Later, working for the U.N. at the Special Tribunals for Lebanon (STL), she took witness statements from victims of terrorist attacks and their families in the Middle East.

“We have been very lucky to hire someone so uniquely well qualified to serve as our coordinator of Title IX,” said Randolph President Bradley W. Bateman. “Tamara’s experience at the ICC and her training as a lawyer make her ideally suited for the many complex parts of the work. We are very happy to welcome her to our Randolph community.”

The Title IX process is complex and often changes with each incoming presidential administration, which Kosic said can lead to confusion about procedures.

In addition to guiding students through the process, she is also excited about revising and enhancing the College’s educational program around Title IX and issues like consent.

“I want to find innovative ways to help people understand what the law is around these issues,” said Kosic, who most recently worked as a magistrate in Lynchburg.

Sexual assault and other Title IX issues are facing colleges across the nation, and Kosic is passionate about supporting students.

“Knowledge is power,” she added. “If we can do prevention, if people understand ahead of time, we won’t stop these incidents but at least people can be aware. And if something does happen, I really want students to be able to come to me.”

Helping students make the most out of their college experience is part of what interested her in the job.

For Kosic, college was a life changing time that shaped who she is today.

“It created me,” she said. “It pushed me and challenged me to think differently, to challenge my belief system, to go out into the world and constantly check myself. To have that, to create those friendships and bonds, students need a safe space where they can talk openly, share their experiences, and have those conversations.”

Kosic began those conversations when she joined the U.S. Peace Corps after graduating from Chicago’s Depaul University with a degree in political science and journalism.

Serving in Morocco, Kosic was tasked with teaching sex education to women’s groups and students in rural areas. She also worked with prostitutes in the region, which had a large transient population, talking to them about rape, consent, and STDs.

“I worked with a lot of different issues in Morocco, which got me really interested in this area,” she said.

When her time in the Peace Corps was done, Kosic enrolled in the University of Miami Law School and continued her work with marginalized groups.

While in law school, Kosic taught constitutional law, family law, and criminal law to inner-city high school students and imprisoned pregnant teens in Miami as a Street Law Fellow. The nonprofit, which began in Washington, D.C., educates young people about the law and government as a way to empower them.

“I really attribute doing well in law school to teaching the law. Teaching it, you learn it,” she said. “Those students had more questions and more interesting, real-life scenarios than any classroom.”

Kosic, whose international work with the ICC began in 2011, is fluent in Arabic as well as a dialect native to the Berbers, an ethnic group in Northern Africa.

In 2012, the latter got her reassigned from working with victims to joining the defense team arguing for the safe extradition of Saif al-Islam Gaddafi, the son of late Libyan leader Muammar Gaddafi, from Libya to stand trial at the Hague. The younger Gaddafi’s mother was Berber, and he requested a lawyer who could speak the language.

Their work on his behalf led to a hostage situation where Kosic’s boss was among those held captive in Libya for 27 days, and she was part of the crisis management team that resolved the situation.

After that case, Kosic moved on to work for the United Nations STL in various legal capacities including defending an alleged Hezbollah agent and working with victims from terrorist attacks. Upon returning to the U.S., she worked as a magistrate for the Supreme Court of Virginia in Lynchburg, reviewing complaints of criminal conduct, issuing warrants and emergency orders, and conducting bail hearings.

She knows the law—and she’s ready to be a resource for the Randolph community.

“I’ve worked with victims all over the world, from all backgrounds, religions, and genders,” Kosic said. “I understand, and I listen, and I will respect their choices. I’ll always have an open door.”