Two alumnae of the College will serve as Commencement speakers during special in-person ceremonies for the Classes of 2020 and 2021.

“We are proud to welcome two successful and dedicated alumnae like Genia and Karen back to campus to help us as we recognize the accomplishments of our students,” said Bradley W. Bateman, Randolph’s president. “I have never worked with a trustee who volunteers so much of her time to work with our students as Genia. She is deeply committed to both their success and to the College itself. Karen, also, has committed a great amount of time to higher education, especially here at Randolph. She concluded a successful career in the Dean’s Office at Vanderbilt, where she focused on undergraduate education, and during her service with Randolph’s Board of Trustees, she has focused heavily on ensuring the student experience here is as enriching as possible.

“Both of these alumnae are deeply committed to our students, and I cannot think of better speakers for our graduates,” he added.

In order to meet guidelines set forth by Executive Orders from the Virginia governor, both ceremonies are scheduled for WildCat Stadium, with each graduate limited to two guests. In the event of inclement weather, the ceremonies will be moved inside to Smith Hall Theatre. In this case, no guests, faculty, or staff will be allowed to attend.

More information and details can be found at www.randolphcollege.edu/commencement. 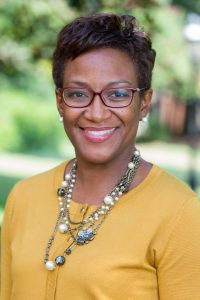 A member of Randolph’s Board of Trustees, Welburn currently lives in Manassas. A mother of three, she earned a B.A. in English from the College. In her early professional career, she served as an enrollment and retention specialist for both her alma mater and Emory University in Atlanta, Georgia.

She worked several years in enrollment, assisting students and families in making the transition into college, and for many students, into adult life. Her work was primarily focused on diversity and special programs specifically designed for African American and Latino students. In the years to follow, her recruitment and special interest work continued as she led the Black Client Service Staff Initiative at McKinsey & Company, an international management consulting firm. There, Welburn committed her time to growing the black consultant community at McKinsey while providing extensive professional development support.

She also served in various leadership and teaching roles with Community Bible Study, an international, non-denominational program, and other programs at her church and in the local community.

Today, Welburn prioritizes faith and family, and along with her husband, Craig, she serves as an owner of E.C.C. Enterprises Holding Company, a McDonald’s franchisee. Their five restaurants are in northern Virginia. 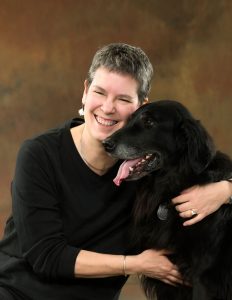 Campbell earned a B.A. in sociology and anthropology, with a minor in biology, from the College in 1977, and a master’s and Ph.D. in sociology from the University of North Carolina–Chapel Hill. At her alma mater, she was a member of the swim team, co-chair of the exam committee, and senior representative to the Judiciary Committee. In 1979, at Houston Chapel, she married Bob Galloway, whose mother, Marianne Skinner Galloway, was a 1949 graduate.

From 1985 until her retirement in 2016, Campbell was a professor of sociology at Vanderbilt University. She taught Introductory Sociology, as well as courses about women and work, women and public policy, research methods, and social stratification; she also taught the graduate teaching workshop, helping sociology graduate students prepare to teach.

Her research focused on gender inequalities in various settings and forms: gender differences in the use of social networks for job searches, and in neighborhood networks; the successes and failures of state women’s suffrage movements in the United States; the entry of women into the professions of medicine and law in the late 1800s and early 1900s; and changes over time in regional variation in gender-role attitudes.

During her time at Vanderbilt, she received the Mentoring Award from the Margaret Cuninggim Women’s Center (1998); an Affirmative Action Award from the university (1998); the Jeffrey Nordhaus Award for Excellence in Undergraduate Teaching in the College of Arts and Science (1999); and the Mary Jane Werthan Award for contributions to the advancement of women at Vanderbilt (2016). In 2013, the Southern Sociological Society awarded her the Jocher-Beard Award for distinguished scholarly contributions to the understanding of gender and society.

She served on 60 dissertation committees in sociology and related disciplines and held a variety of administrative roles at Vanderbilt. In 2011, she began a 5-year stint as senior associate dean for undergraduate studies in the College of Arts and Science.

From 2006 to 2017, she was a member of the College’s Board of Trustees and returned to the board in 2019. She and her husband, a professor of biomedical engineering, emeritus, at Vanderbilt, retired to Smith Mountain Lake in 2016.