‘Physics of Superheroes’ author to kick off 2020 Science Festival 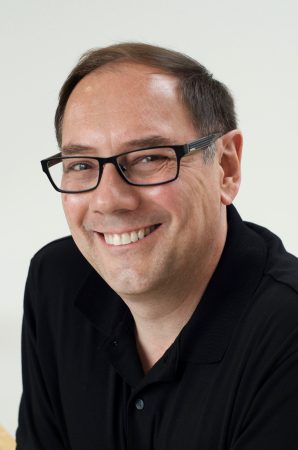 James Kakalios first started thinking about the physics of superheroes while writing an exam for one of his classes.

Kakalios—a professor of physics at the University of Minnesota who will be the keynote speaker during Randolph’s annual Science Festival later this month—wanted to create a problem that hadn’t been repeated endlessly before, he told Radio Prague International in 2018.

So he zeroed in on an iconic comic book storyline, the 1973 death of Spider-Man’s girlfriend Gwen Stacy, and how it “would be a perfect illustration of momentum and impulse.”

His students loved it, and in 2001, Kakalios created a freshman seminar class at the University of Minnesota called Everything I Know About Science I Learned from Reading Comic Books.

“These characters speak to something basic,” Kakalios said in the interview with Radio Prague when asked about the enduring popularity of superheroes. “ … We all have powers. We all have gifts and talents. How we choose to use them—selfishly, for our own personal gain, or to help others—determines the stories that we’re in. These comic books can tell engaging stories and then at the end of the story the bad guy gets punched [laughs]. How great is that?”

Kakalios’s class eventually led to the release of his book The Physics of Superheroes in 2005, followed a few years later by its Spectacular Second Edition. He also served as a science consultant on the superhero films Watchmen (2009) and The Amazing Spider-Man (2012).

Now he’s bringing his knowledge to Randolph for SciFest, which kicks off Saturday, March 14, with the annual Pi Run.

Kakalios will lead an open class from 12:15 to 1:15 p.m. Thursday, March 26, followed by his keynote address that evening at 7:30 p.m. Both will be held in Wimberly Recital Hall; registration is required for the class by emailing psheldon@randolphcollege.edu, but not the keynote. 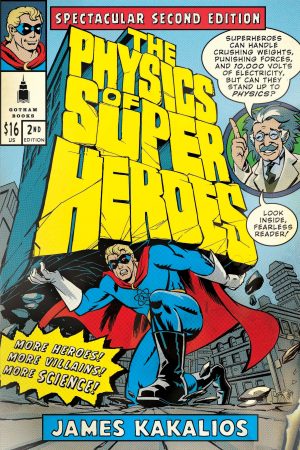 “The Physics of Superheroes,” by James Kakalios

His participation in the festival was made possible through a grant Peter Sheldon, a physics and engineering professor and head of SciFest, recently received from the American Institute of Physics. In addition to bringing Kakalios to campus, the grant includes funding for a quiz bowl competition for high school students, a new addition to SciFest this year.

The quiz bowl still has openings for more teams of four to five high school students. Sheldon says it will be informal—“a fun, ‘Jeopardy’-style competition”—with no expertise in physics required. To sign up, visit http://randolphscience.org/physics-phest.

Other highlights of the festival include:

The full 2020 SciFest line-up can be found at http://randolphscience.org/scifest.