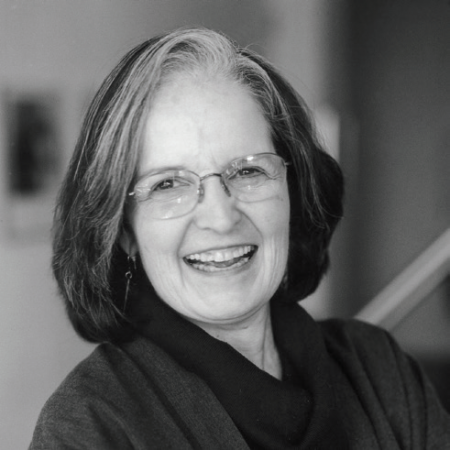 Anne Wilkes Tucker ’67 recently received the Award for Curatorship and an honorary fellowship from the Royal Photographic Society (RPS) of Great Britain.

Tucker, who is a trustee emerita for Randolph, was one of several renowned visual artists from around the world recognized at the RPS’s 2019 awards ceremony. The prestigious awards, which were established in 1878 to celebrate outstanding contributions to photography, now span the fields of art, science, education, film, and publishing.

Tucker is curator emerita for the Museum of Fine Arts in Houston, Texas. During her tenure, Tucker acquired over 30,000 photographs made on all seven continents and curated or co-curated over 40 exhibitions, most with accompanying catalogues, including surveys on the Czech Avant-garde, a history of Japanese photography, a history of war photography as well as exhibitions with catalogues on works of Robert Frank, Brassai, Catherine Wagner, Joel Sternfeld, Richard Misrach, Ray Metzker, Louis Faurer, George Krause, and Chen Changfan. She has also contributed articles to over 150 magazines, books and other catalogues and has lectured throughout the North and South America, Europe, and Asia. Her honors, fellowships, and awards include being selected as “America’s Best Curator” by Time magazine in 2001 in an issue devoted to “America’s Best.”