The Princeton Review used data from its institutional survey and its surveys of students at the 353 colleges in the book to tally the ranking list.

“We are pleased to be recognized as one of the top “green” schools in the nation by The Princeton Review,” said Randolph President Bradley W. Bateman. “At Randolph, sustainability is a priority that is taken seriously by our entire community. Whether it is through efforts such as using reusable and recyclable carry-out containers in our dining hall to our ever-growing recycling program to a general-campus initiative to conserve energy, Randolph is a small school committed to making a big difference in our world.” 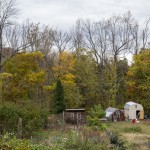 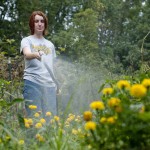 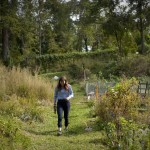 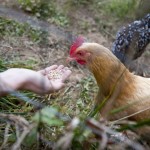 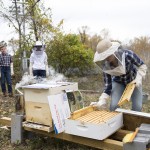 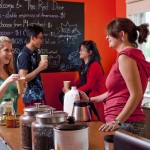 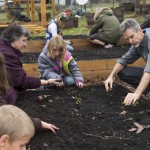 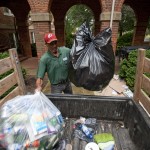 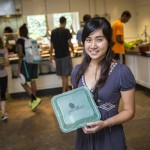 Published April 16, a few days before the April 22, 2015 celebration of Earth Day, the 218-page guide can be downloaded at www.princetonreview.com/green-guide.

The Princeton Review chose the schools for this sixth annual edition of its “green guide” based on data from the company’s 2014 survey of hundreds of four-year colleges concerning the schools’ commitments to the environment and sustainability.

“We strongly recommend Randolph and the other fine colleges in this guide to the many environmentally-minded students who seek to study and live at green colleges,” said The Princeton Review’s Robert Franek, senior vice president-publisher.

Franek noted the growing interest the company has seen among college-bound students in green colleges. “Among nearly 10,000 teens who participated in our 2015 College Hopes & Worries Survey, 61 percent told us that having information about a school’s commitment to the environment would influence their decision to apply to or attend the college.” (A complete report on that survey is at www.princetonreview.com/college-hopes-worries.)

The profiles in The Princeton Review’s Guide to 353 Green Colleges provide information about each school’s admission requirements, cost and financial aid, and student body stats. They also include “Green Facts” about the schools with details on the availability of transportation alternatives at the schools and the percentage of the school food budgets spent on local/organic food.

“Randolph was the very first institution in Virginia to sign the distinguished American College & University Presidents’ Climate Commitment (ACUPCC), so being the only institution in Virginia to be featured in the top 50 ranking of the Princeton Review is the best Earth Day present we could wish for,” said Ludo Lemaitre, sustainability coordinator at Randolph. “Being recognized as one of the frontrunners of sustainability in America’s higher education is a wonderful tribute to all of the students, faculty, and staff who intelligently and strategically collaborate on innovative projects that make Randolph College a more enjoyable and sustainable place to live and learn by the year.”

The Princeton Review first published this guide in 2010. It remains the only free, annually updated downloadable guide to green colleges. The company is also known for its dozens of categories of college rankings in its annual books, The Best 379 Colleges and Colleges That Pay You Back.

How Schools Were Chosen for the Guide

The Princeton Review chose the colleges based on “Green Rating” scores (from 60 to 99) that the company tallied in summer 2014 for 861 colleges using data from its 2013-14 survey of school administrators. The survey asked them to report on their school’s sustainability-related policies, practices, and programs. More than 25 data points were weighted in the assessment. Schools with Green Rating scores of 83 or higher made it into this guide. Most of the schools (347) in this edition are in the U.S. Five are in Canada. One is in Egypt. Information about Princeton Review’s Green Rating and its Green Honor Roll saluting schools that received the highest possible rating score, 99, is at www.princetonreview.com/green-guide. Note: The Princeton Review does not publish the schools’ Green Rating scores in this guide. The scores can be found in the profiles of the schools on www.princetonreview.com and in the 2015 edition of The Princeton Review books, The Best 379 Colleges and The Complete Book of Colleges, published in August 2014.

The Princeton Review developed the ranking list using data from its institutional survey for its Green Rating and its surveys of students attending the colleges. Ten data points from the institutional survey were factored into the assessment. Data from the student survey included student ratings of how sustainability issues influenced their education and life on campus; adminis¬tration and student support for environmental awareness and conservation efforts; and the visibility and impact of student environmental groups.