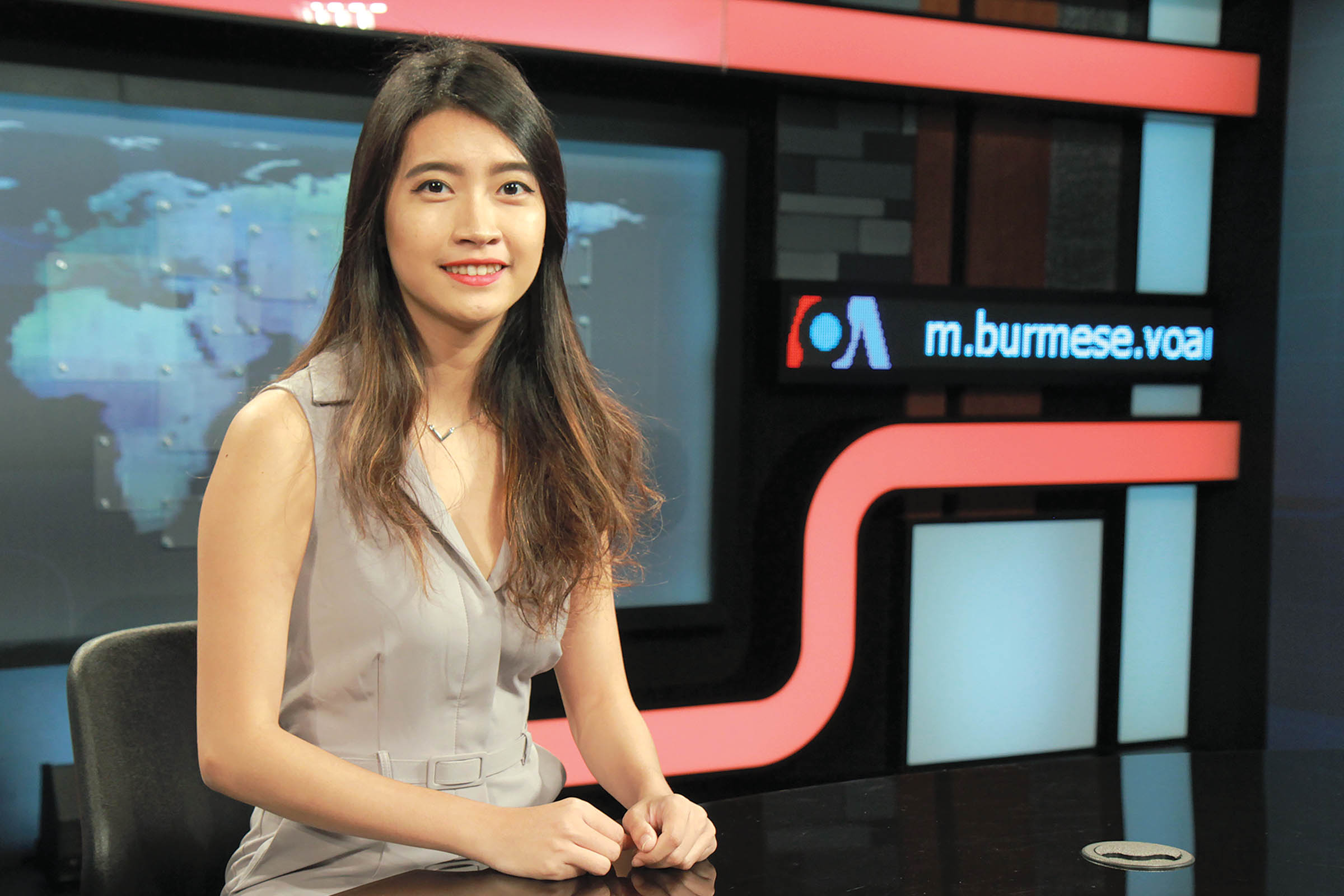 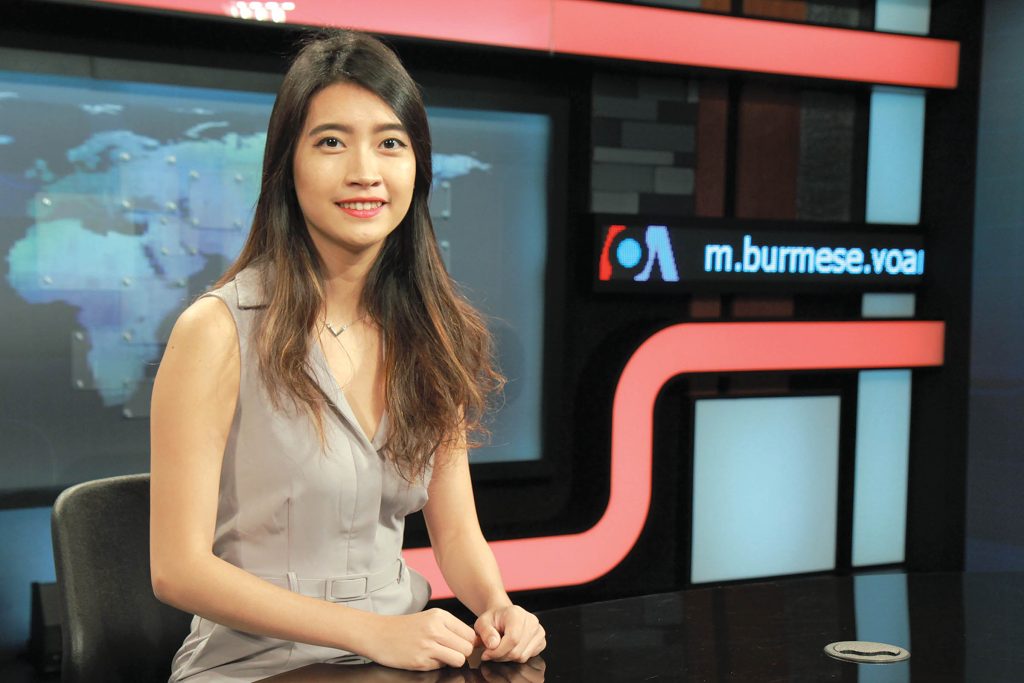 A native of Myanmar, Sin was a writer for the Sundial and handled public relations for the Panworld International Club. She also completed several internships, including one at the VOA Service Bureau in Yangon, Myanmar.

That experience led to a position as a TV anchor for the network, where she broadcasts international and Myanmar news in the Burmese language.

“My classes allowed me to view the world’s media more consciously and be aware of what we, as the public, consume daily.”

“I grew up under a dictatorship where curiosity is shut down and questions were discouraged, where obedience signifies politeness, and where being an outspoken woman could carry a negative connotation.”

“At Randolph, I learned about respect and appreciation of different strong suits everyone has. I learned that learning doesn’t stop in class, and GPA is not the only ruler that measures me. I learned to be a strong, independent, and outspoken young Burmese woman who fights for her rights.”