Avery Payne ’21 focuses on representation, community building in new role at the College 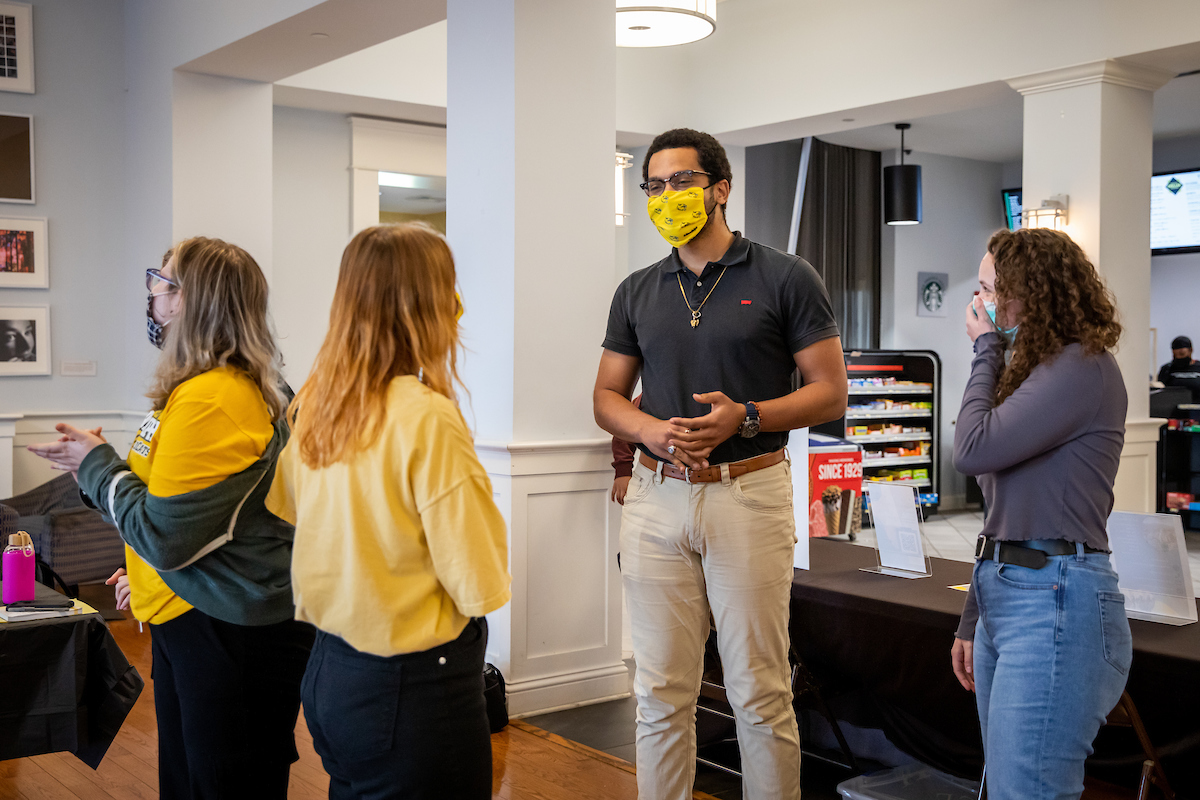 As a student at Randolph College, there wasn’t much Avery Payne ’21 didn’t do.

He was a member of the men’s basketball team and president of both the Black Student Alliance and Community Fellows Program. He also sat on several hiring committees and task forces with faculty and staff.

Now he’s bringing that same energy to the College as coordinator of the Office of Diversity, Identity, Culture & Inclusion (DICI).

“Given his prior student leadership roles, he entered into this office with a view for enhancing student organizations, the development of student leaders, queer student success, and what particulars within the environment needed improving from both a student perspective and now as an employee,” said Keesha Burke-Henderson, the College’s chief diversity officer and director of DICI. “He gets excited about planning fun but thoughtful activities that really exemplify the spirit of representation, intersectional identity, and community building.”

Consistent programming is one of their main goals. The office hosts weekly Wind-Up Wednesday events in the Student Center, highlighting a different student affinity group each time, and offers safe space training for members of the College community.

The Office held a series of events for Latine/Hispanic Heritage Month, including a panel discussion moderated by Payne, and a queer student initiative centered on visibility, accountability, and expansion of resources is also in the works.

In addition to planning events, Payne is a community liaison for student affinity groups. He’s there to help them schedule events, reserve rooms, and anything else that might come up.

“I definitely think I’m modeling and creating things I wish I would have had as a student,” he said. “That’s something I wanted, someone to say, ‘Here’s how you do this, this, and this.’ Somebody willing to take those things on, so I could focus on content, culture, and community. ”

He and Burke-Henderson are also working to get more resources out to the community with an internal website on the portal featuring a bias reporting system, list of clubs and contacts, and cultural calendar.

“Since hiring Avery to be the coordinator in the office, he has been able to execute on ideas I had formulated for student-facing engagements,” Burke-Henderson said. “He brings a wealth of knowledge about the College and how to navigate logistics, which has been a supreme help to me in getting things done.”

Payne said he often describes their office as a resource hub.

“Our mission is building and supporting a culture that is reflective of the current and future community at Randolph,” he said. “Use us. We’re here to serve you.”