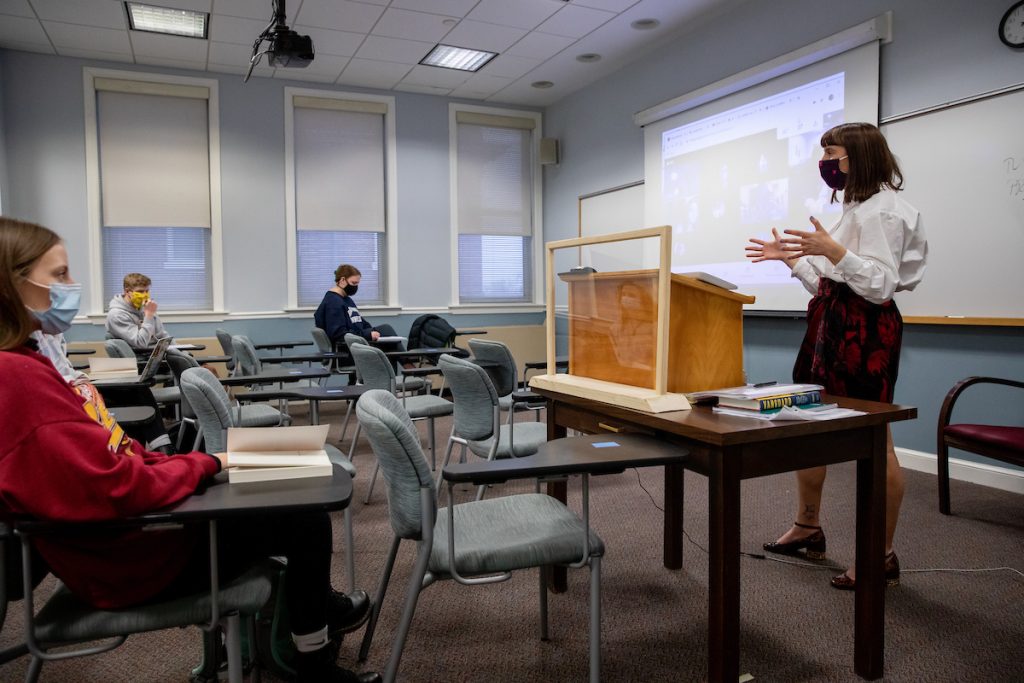 Every two years, Randolph brings in a visiting professor to lead the American Culture Program, diving deep into a singular topic with students.

“It’s designed to bring curricular diversity to the College,” said Julio Rodriguez, director of the program and a sociology professor. “We look for the brightest young scholars doing innovative work in new areas. It’s a wonderful search every time. It’s simply driven by how compelling the scholar’s work is and how it expands the offerings we have at Randolph College.”

Thanks to COVID-19, Randolph’s program, which generally includes a travel component, has had to be flexible. The current program, led by the Ainsworth Visiting Professor of American Culture Justina Licata, will focus on the history of reproductive justice and the politics of eugenics, including the history of forced sterilizations in the United States—and the activism against those practices. Reproductive justice is one such movement, developed by women of color and indigenous women in the 1990s to draw attention to unlawful controls placed on minority women’s bodies and how they experience reproductive health discrimination differently than white women.

“This area that Justina works on is fascinating given its attention to historically marginalized communities and the critical race theory she applies in doing the work,” Rodriguez said. “With Randolph’s history as a woman’s college, I think it ties into our legacy.” 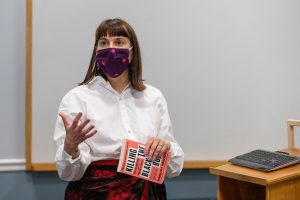 Licata’s dissertation focused on Norplant, an implantable contraceptive approved by the FDA in 1990 that became known for its use to oppress women of color and poor women.

“I’m looking at something really recent, but it’s connected to this history of eugenics and forced sterilizations,” Licata said. “It’s connected to the population control movement that comes out of the 1950s and even concepts of family planning that have such positive connotations but often have been used as a way to control certain populations of women and their reproduction.”

Traditionally, the American Culture program is held each spring as a 12-credit immersive course that includes weekly seminars. It culminates with a trip, during which students can gain hands-on experience from experts in the field.

When it became clear travel wouldn’t be possible this spring, Licata and Rodriguez adjusted, replacing the trip with a symposium. Instead of the 12-credit course, they’re offering an American Culture Practicum students can take for one, two, or three credits, with varying levels of work.

Licata is also teaching two courses this semester—Reproductive Justice: A Theoretical Case Study and Women and the Law—that are closely tied to the topic.

The virtual symposium, held earlier this month, focused on reproductive justice, organized by students taking the practicum. It included a film screening, panels with students, scholars, and activists, and keynote speaker Dorothy Roberts, whose 1997 book, Killing the Black Body: Race, Reproduction, and the Meaning of Liberty, is a foundational text in the movement.

Students in the practicum will also have the option to do the program next spring, when it hopefully will look more like it has in years past—trip included.

Licata would like to take students to Atlanta, the home of SisterSong Women of Color Reproductive Justice Collective, an influential organization in the movement.

“It would be amazing to make connections with them and talk to some of their activists,” she said. “And Atlanta has such a rich civil rights history. We can visit museums and other cultural sites that relate to that history, which reproductive justice is obviously based in.”